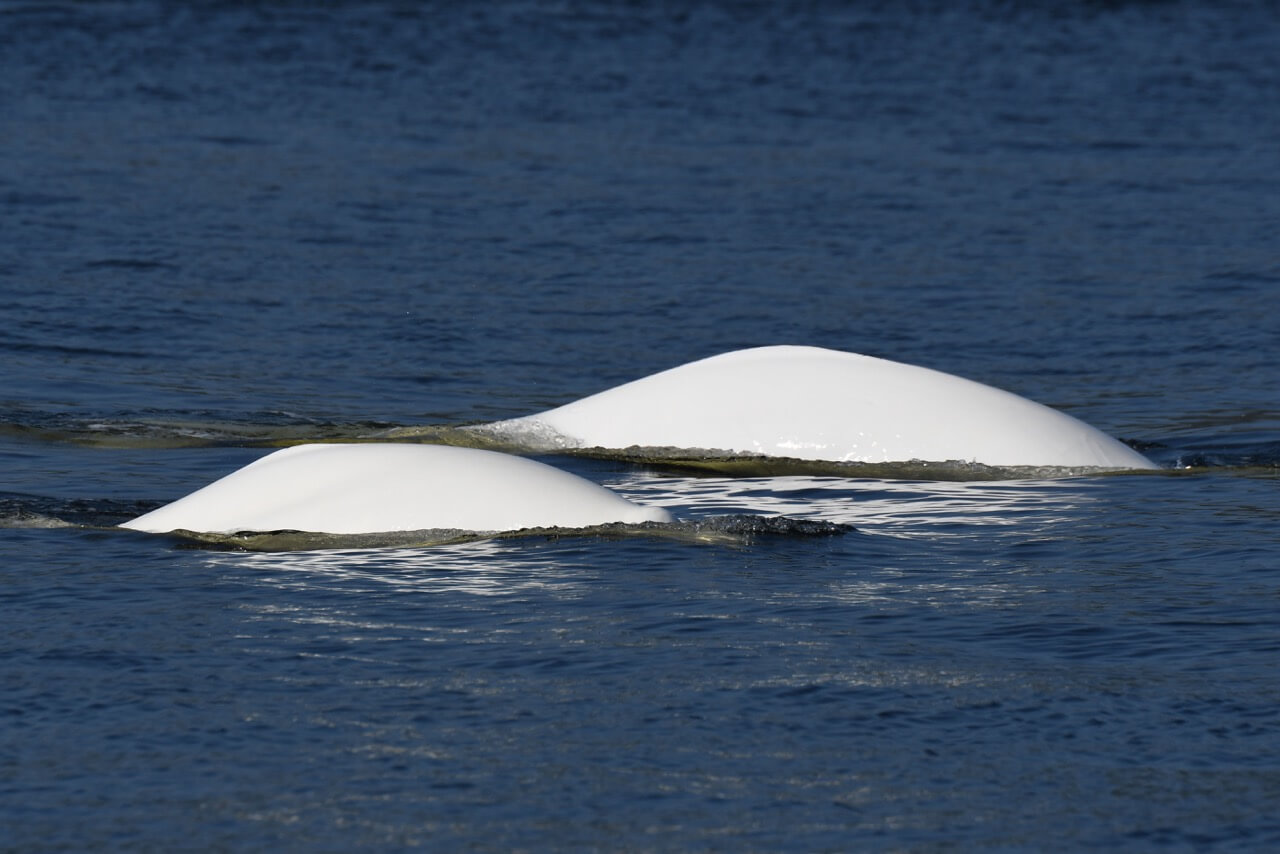 Belugas made headlines this week when a group of a dozen or so individuals was observed in Baie des Ha! Ha! near the city of Saguenay last Monday, July 18. The following day, the belugas seemed to have gone back downstream: “A group of about 20 belugas was observed near the island in L’Anse-Saint-Jean, says one observer. They appeared to be feeding. I observed them at 1 in the afternoon near low tide, close to the island, and then once again at 5 o’clock, more scattered between the island and the middle of the fjord. “Could they be on their way back down the fjord after a whirlwind visit?

Even if incursions of these white whales upstream of Baie Sainte-Marguerite are rather rare, there is nothing to worry about, reassures GREMM scientific director Robert Michaud. “Almost every year we receive reports of belugas in this sector,” he explains. The belugas may have been following food or just exploring.”

A little farther downstream, at L’Anse-de-Roche in Sacré-Coeur, belugas have been present.  White backs are being seen almost every day, much to the delight of locals, who admire the magnificent panorama made all the more impressive by the presence of cetaceans. Belugas were also noted near Prince Shoal, at the Marine Environment Discovery Centre in Les Escoumins, in Pointe-Noire in Baie-Saint-Catherine, and on the other side of the river in Cacouna.

From shore, by kayak or ferry

At Cap-à-l’Aigle in La Malbaie, several marine mammal sightings have been reported over the past week: harbour seals here and there, a few harbour porpoises at the end of the day on July 19, a minke whale from time to time and a large blast offshore.

In Saint-Siméon, a kayak trip in the bay of Port-au-Persil led to memorable observations for one whale enthusiast on the morning of July 17: “It was well worth it; we had 6 or 7 little porpoises swimming around us, and let’s not forget that these animals are usually very shy and discreet. They probably wanted to announce the imminent arrival of a minke whale, but especially the more unexpected spout of a humpback which, on two occasions, brought smiles to our faces by showing its tail when it dove. A short paddling trip, but so rich in emotions!”

On the ferry between Saint-Siméon and Rivière-du-Loup, one passenger claims to have spotted a single grey back amongst the other white ones. Could this be the season’s first appearance of the famous, long-awaited St. Lawrence narwhal?

“They were right aside of us!”

Things get exciting in Tadoussac Bay when minke whales come in for a visit: “Last night [July 19], there were really quite a few of them. I was out for a stroll, but I went back to the marina to watch them,” says one naturalist. “They were super close. It was crazy! I couldn’t bring myself to walk away!”

The presence of minke whales, humpbacks, fin whales, porpoises, harbour seals and grey seals has been reported in several locations across the Saguenay-St. Lawrence Marine Park. A humpback whale even approached Pointe-de-l’Islet in the late afternoon of July 20.

In the Gaspé Peninsula, a number of marine mammal species have also been present: harbour porpoises, grey seals, harbour seals, minke whales, humpbacks, but just a single observation of a fin whale for the week.

Whales have also been reported near Pointe-à-la-Croix in Franquelin, where minke whales, seals and harbour porpoises have all been sighted. Not to mention the presence of humpbacks, one of which even breached on Sunday, July 17. The rest of Quebec’s Côte-Nord region has also been teeming with life: harbour seals in Gallix, minke whales and grey seals in Sheldrake as well as grey seals, harbour porpoises, minke whales and humpback whales in the Mingan sector. 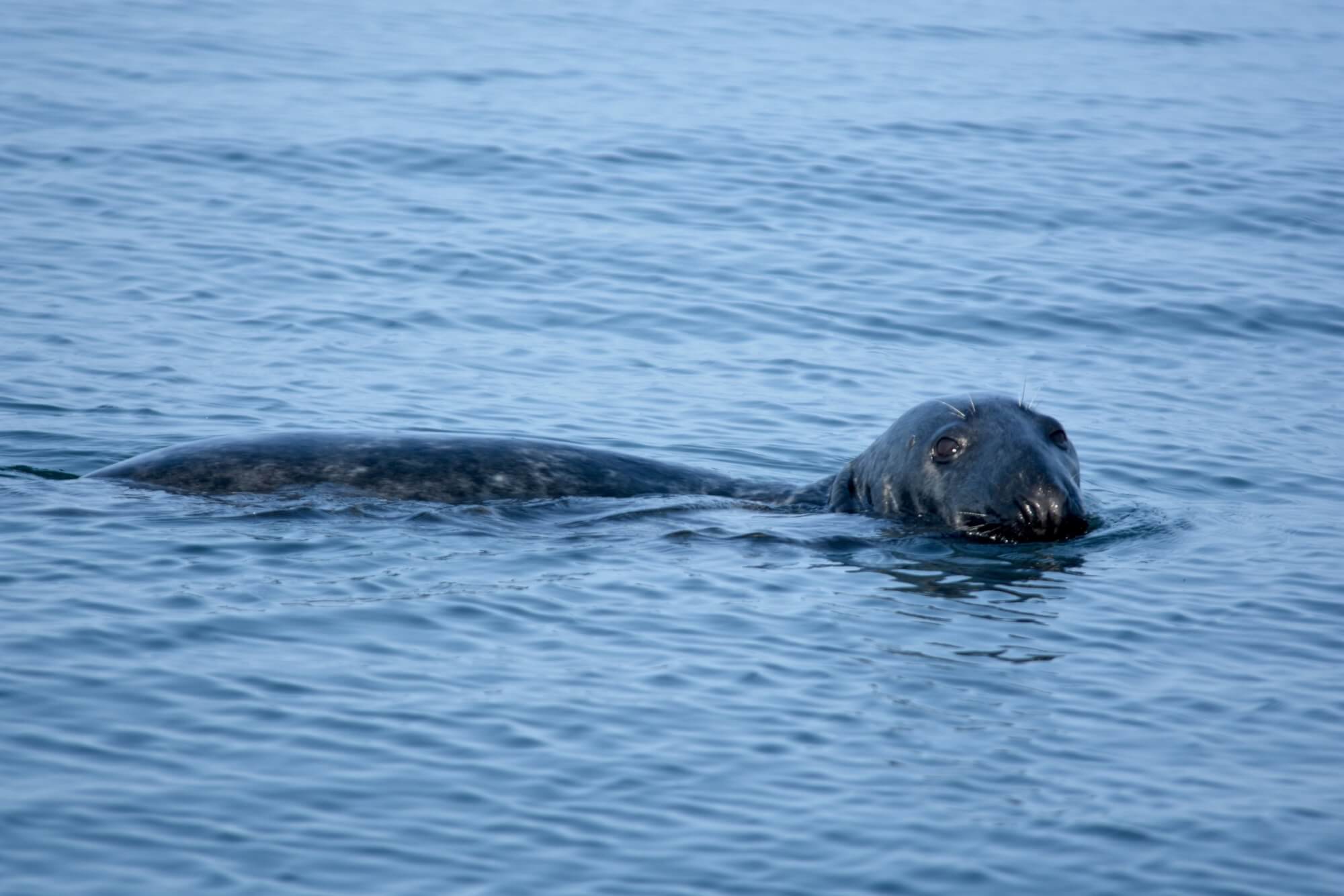 Grey seals have been observed all up and down the North Shore. © GREMM 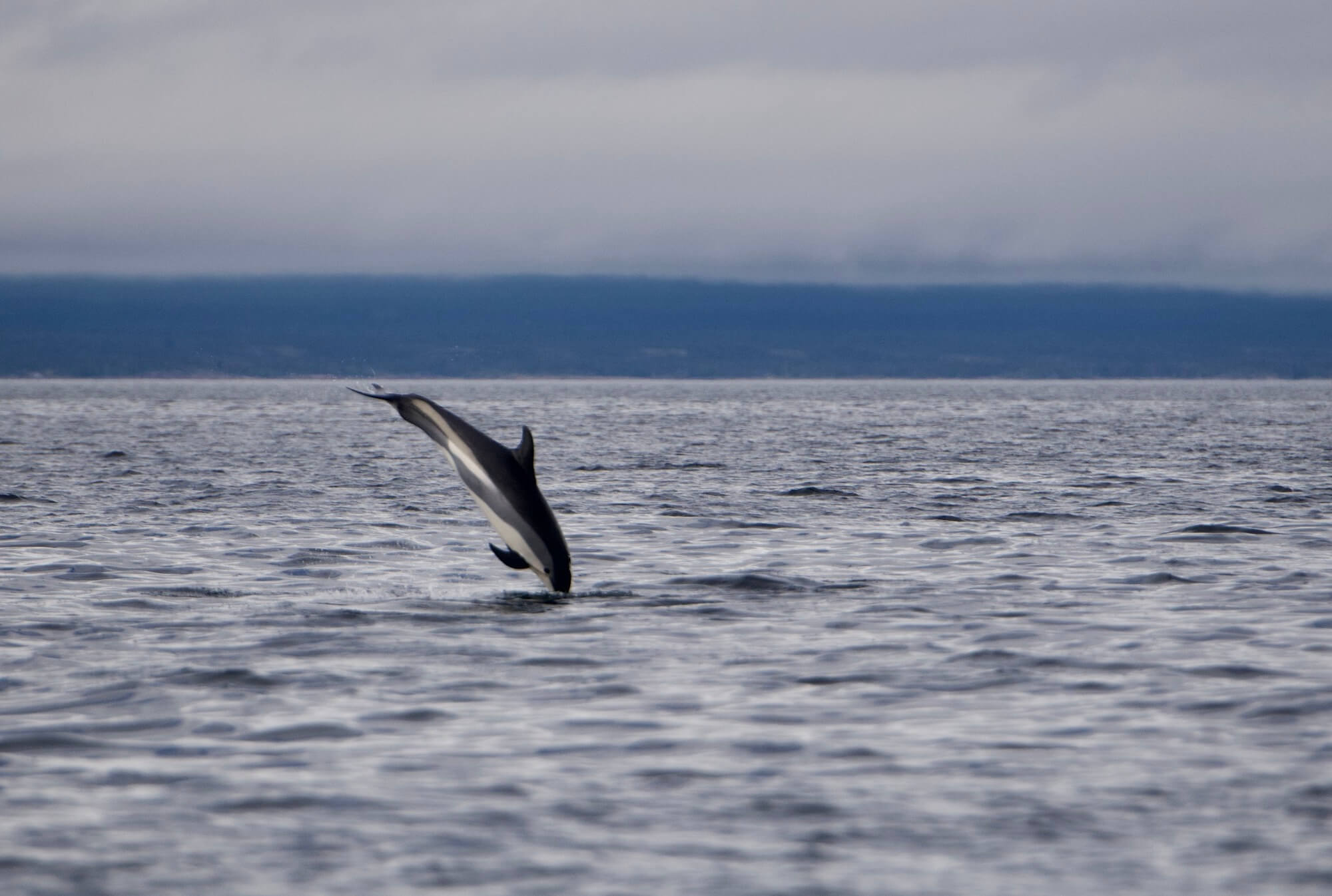