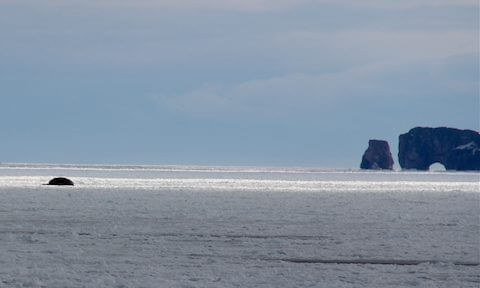 Reports have been flying back and forth for the past three days: a whale carcass has been drifting along the Gaspé Peninsula coastline. The dark, uniform colour suggests that it may be a blue whale. On Friday afternoon, it was visible from L’Anse-au-Griffon. On Saturday, the animal was seen off the Coin-du-Banc area and last night (Sunday) it was photographed from shore in the ice floes off of Belle-Anse in Percé. The last time the whale was seen was on February 28.

But what is that balloon?

What caught the eyes of the first witnesses was a large black mass resembling a huge balloon lying on the ice! Dead whales usually float on their back and, under the action of decomposition gases, their ventral pouch expands and swells like an accordion. 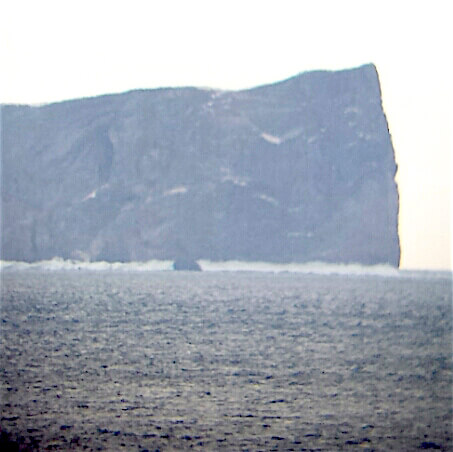 What will become of the carcass?

As it is suspected that the carcass is that of a blue whale – a species at risk – the Department of Fisheries and Oceans (DFO) Canada was notified of the situation. DFO researchers may try to take advantage of an aerial reconnaissance scheduled this week as part of a project on St. Lawrence seals to validate and document the situation. This information will be needed to determine whether or not a response is necessary or even possible.

A number of observers in the greater Gaspé region have their eyes turned to the sea. Perhaps the carcass will eventually wash up onto shore, which would facilitate an intervention, or perhaps the ice will push it out toward the Gulf?