Friday morning, from the top of the dunes in Tadoussac, an avid birder spots some splashing in the middle of the St. Lawrence. Intrigued, he points his spotting scope out to sea and marvels at the colourful silhouettes of leaping Atlantic white-sided dolphins. The pod was 100 or perhaps even 200 strong. “They were swimming quite fast and jumping into the waves. Coming downstream, they made a U-turn between Tadoussac and Les Bergeronnes and then left,” he reports.

Was this the same group as the one observed off Pointe-des-Monts on Saturday? Indeed, a local whose head was turned by churning waters a kilometre offshore tallied a group of 20 to 30 dolphins. “They were very active,” he affirms.

The same individual points out the regular presence of two humpback whales near Pointe-des-Monts. “On Sunday, the two whales were in the bay, just opposite the chalet, in barely 18 feet of water. When they surfaced to breathe, it looked like an island rising out of the water. It was spectacular!”

Two humpbacks also provided quite a show on Sunday off the coast of Port-Cartier. Two other apparently calmer individuals have also been present in Gaspé Bay for several days. Lastly, several humpback and fin whales have been reported near Franquelin, blasting in the golden light of November. “Yes, the light is magnificent; Franquelin is a paradise!” exclaims one proud observer.

Between Tadoussac and Les Bergeronnes, sightings of humpback whales have been coming in daily. From the rocks of Cap de Bon-Désir, a photographer observes the passage of two or three humpbacks every day. He also notes the presence of several minke whales, large all-white belugas and a few grey seals. A fin whale was observed from Les Escoumins on Friday morning. Lastly, a dozen large spouts offshore betray the presence of cetaceans near the Estuary’s south cliff. According to our bird surveyor stationed at the dunes of Tadoussac, “On Friday, there was a group of humpbacks hurling themselves into the sky in a series of huge breaches.” 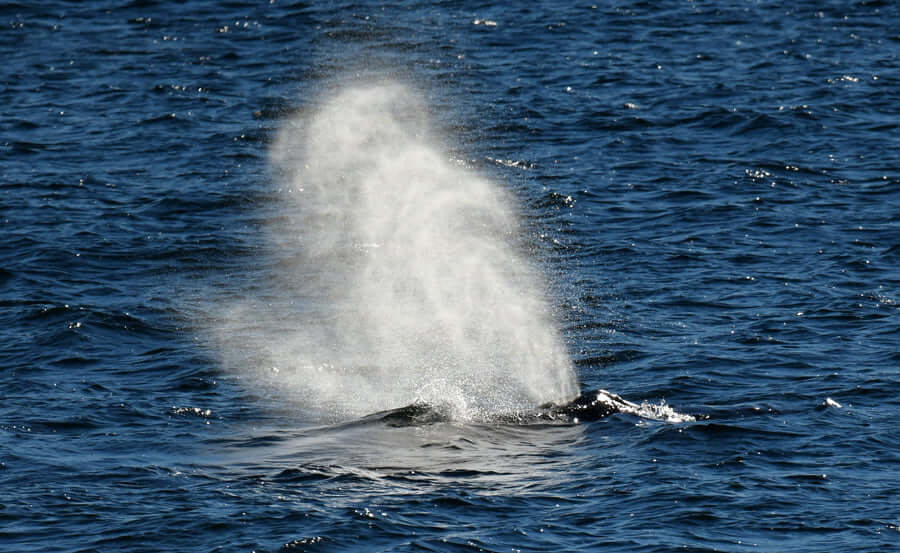 On her way back home from a stroll in Saint-Irénée, one observer spotted 5 belugas in an atmosphere of complete serenity. “The tide was rising and the water was smooth as glass,” she says.

Sunday, in Gallix, half a dozen harbour seals basked at the mouth of the Sainte-Marguerite River. Harbour seals have also been present around Sept-Îles and along Cap Bon-Ami in the Gaspé Peninsula. “Nature is extraordinary!” marvels one of our observers.

On Wednesday, a huge, column-shaped spout created quite a buzz in Franquelin. A blue whale, it seems! Although it may come as a surprise, blue whales are seen every month of the year in the St. Lawrence. They have even been seen diving and breathing amongst the ice floes in the dead of winter. Nevertheless, the presence of one of these lingering giants in the Estuary is a rare and precious sight.

But size isn’t everything. In the Saguenay Fjord, near Anse à Pierrot, it’s a minke whale that’s causing a stir. “Ever since we lived here, we’ve never seen one this late in the year,” points out our astonished observer.

Finally, in Pointe-des-Monts, a strange-looking young harbour seal caught the attention of one observer over the weekend. Lazing on the rocks, the healthy seal had a small orange cap with an ID number on its head! Not to fear… This is a monitoring tag that had been placed on several individuals in early summer by researchers from the Maurice Lamontagne Institute in order to learn more about the growth, survival rate and movements of harbour seals. If you come across a seal that is still sporting its “little hat”, you can contribute to the research by reporting your sighting to 418-775-0500. 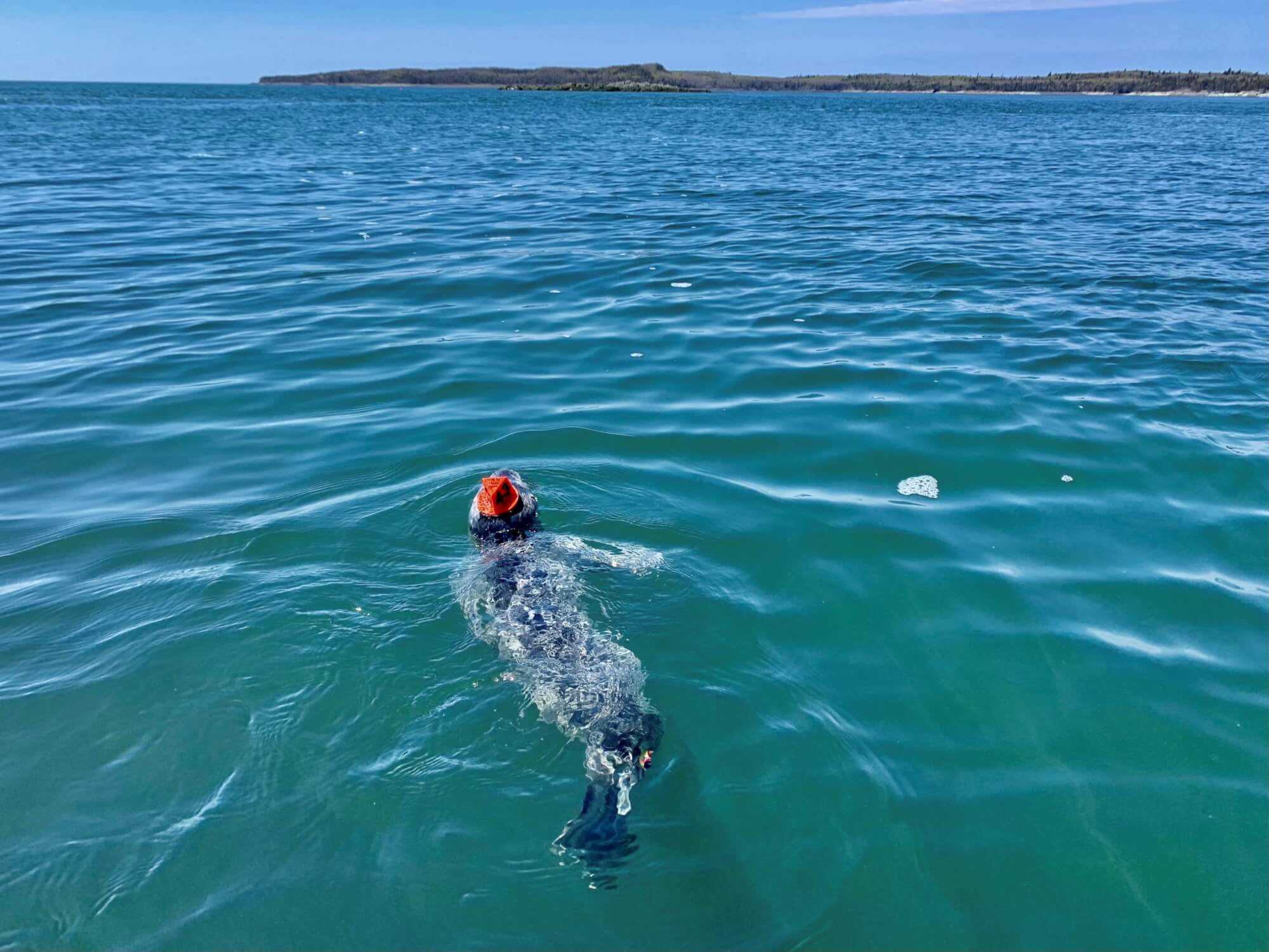