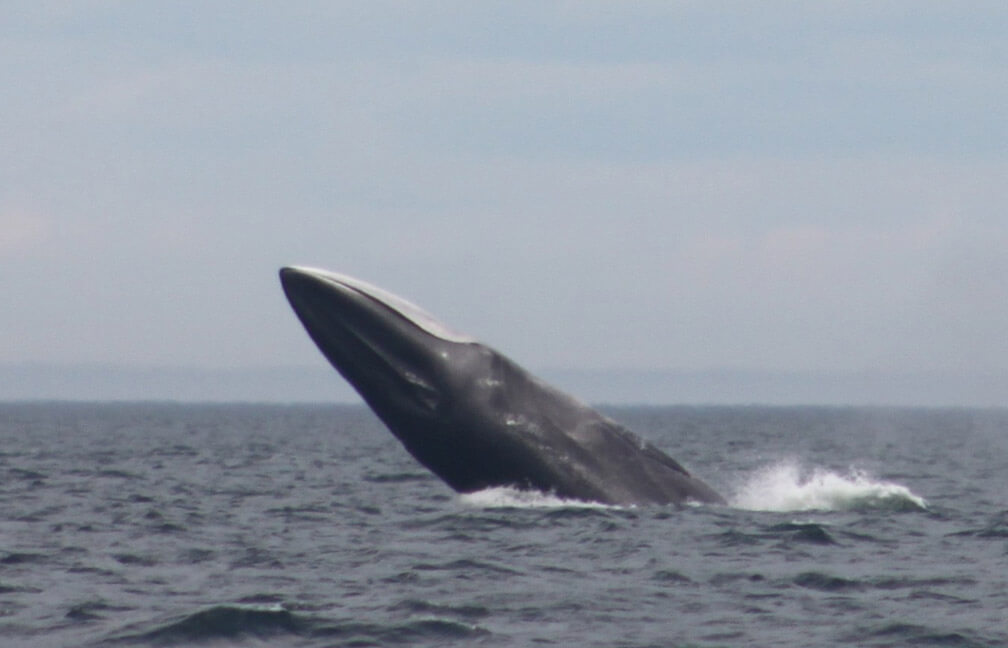 The pointed head and long, slender body rise to the sky like a rocket before the animal lands heavily on its side. “In twenty years, I have never seen that!”, exclaims a whale-watching cruise captain. A fin whale performing a full breach. While minke whales and humpbacks are reputed for their prowess on the water surface, fin whales are known to show only their powerful spouts, their long, smooth back and their dorsal fin. On August 5, off the coast of Les Bergeronnes, a fin whale has proven that this species, too, can propel itself to the surface and breach. In 2016 as well, a breaching fin whale was observed in the Saguenay-St. Lawrence Marine Park area. To successfully perform such a feat, the fin whale probably needs to fully leverage the strength of its tail to overcome water resistance and rise vertically above the surface at full throttle. 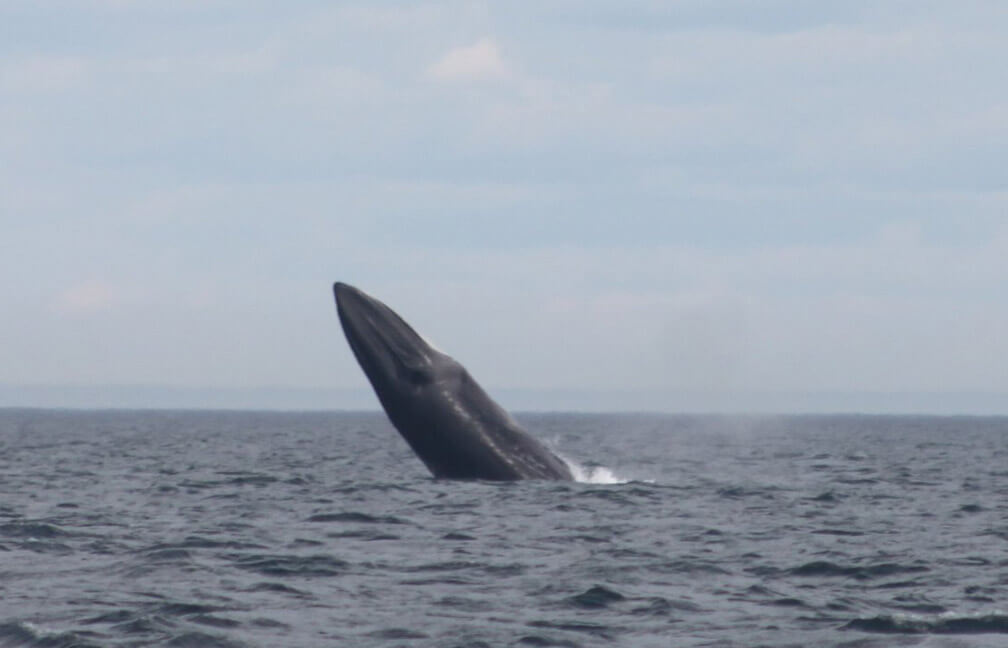 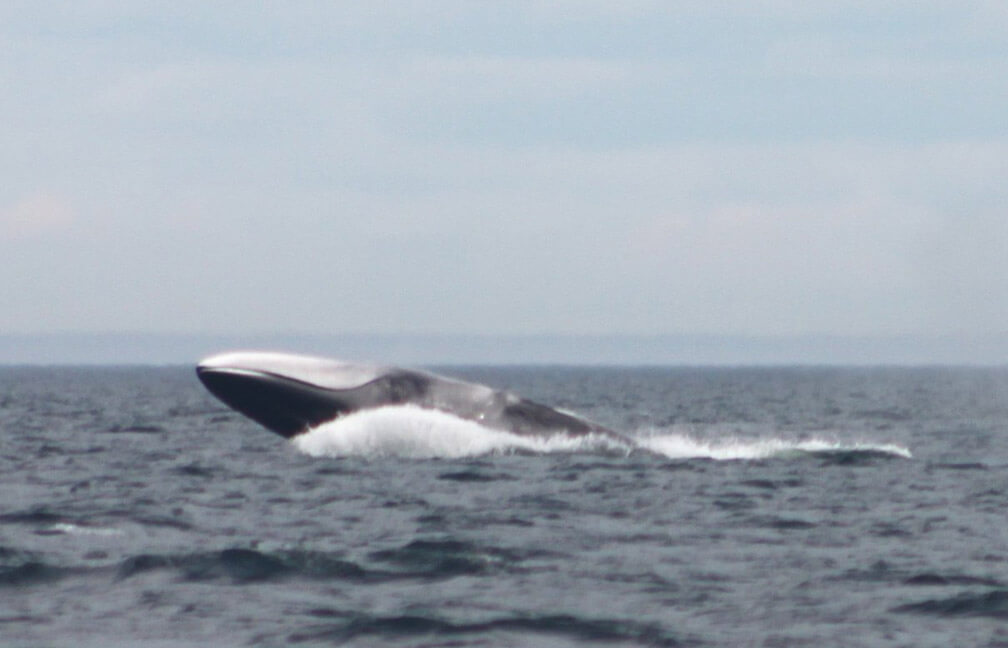 “It’s almost as if they are performing!” exclaims a boater from Pointe-des-Monts. On August 6, two humpback whales are seen swimming in synchrony. A third individual is observed farther offshore. In the vicinity, numerous porpoises are leaping across the water surface and five to six minke whales are also seen in the area. All of a sudden, the humpbacks begin to raise and slap their tails, show their pectoral fins and spray water! About 5 kilometres from the Pointe-des-Monts lighthouse, the recreational boater watches the whales’ acrobatics with admiration and even a touch of fear. The powerful fins of these animals create a large swell. Then, the whales disappear. “We returned to dock immediately afterwards, even though we were on the water for all but 20 minutes. We were more than satisfied,” he remarks.

On August 4, other boaters were treated to a show staged by Mother Nature. During an introductory sailing course at the mouth of the Saguenay, they spot the white backs of belugas with a few grey individuals mixed in. They maintain their course so as to avoid finding themselves in the path of the white whales while keeping a distance of at least 400 metres. This requires that a few adjustments be made, but ensures there is enough space for the belugas to continue their activities in peace. On their way back to Baie St. Catherine, huge splashes catch their attention: a breaching minke whale! The animal makes about thirty leaps, sometimes hurling nearly its entire body out of the water.

Such aerial behaviours are often associated with young whales. Dany Zbinden, scientific director of Mériscope, notes the presence of many 1- or 2-year-old juvenile minke whales in the Marine Park area. Are young animals the only ones that breach? No; adults also perform these amazing feats.

The smallest of St. Lawrence cetaceans, the harbour porpoise has been finding itself on just about every sighting list these days. Whether between L’Anse-à-Beaufils and Percé, off the coast of Les Escoumins, or in Baie-Comeau’s Baie des Anglais, the large triangular dorsal fin of harbour porpoises makes a split-second appearance before disappearing again. To observe them, on must be alert. When they hunt, porpoises sometimes swim in circles, which is believed to help concentrate their prey and thus make them easier to catch.