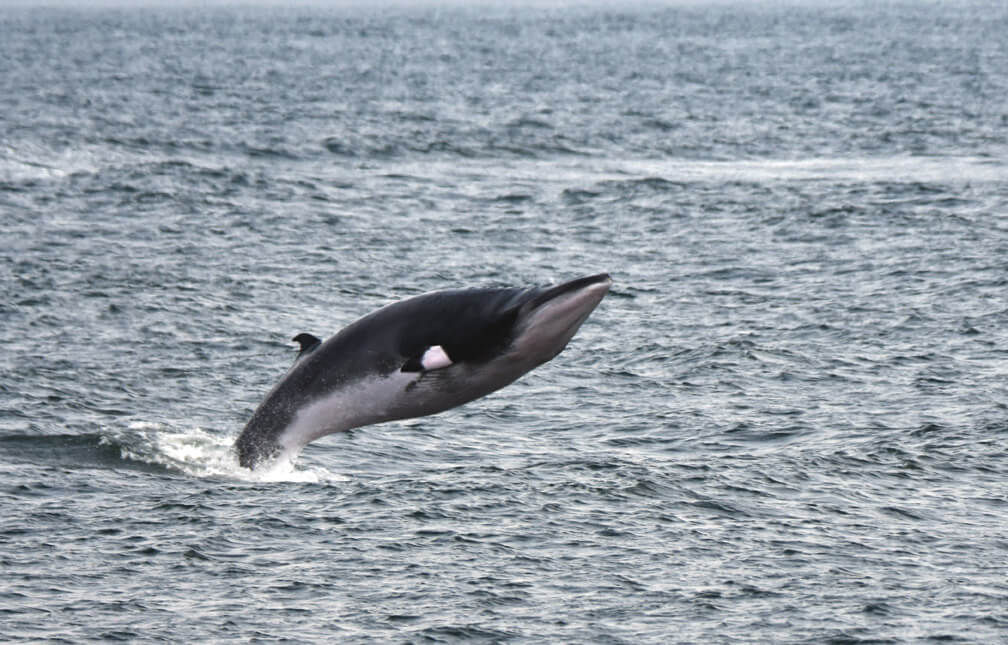 It’s not just the humpback whale in Montréal that’s making waves! On June 1, an observer takes advantage of a spectacle consisting of four minke whales feeding off the docks in Baie-Comeau. Their dynamic movements create a ruckus on the surface, and one of them even hurls its body almost entirely out of the water. This is called a “breach”. “It’s crazy how much water they can move given their size! They’re powerful animals!” exclaims the observer. For comparison, an adult minke whale measures between 6 and 9 metres long, while the juvenile humpback in Montréal measures approximately 9.5 metres.

Why do whales breach? A very good question, and one for which there is not necessarily a single answer. Breaches can be used as part of a whale’s hunting techniques, amongst other things to frighten or stun its prey. A breach can also be used to communicate with distant individuals, as a body weighing several tonnes crashing down on the surface can resonate for kilometres. It is also possible that a good breach can serve to rid the body of parasites or soothe an itch. Another possibility is that breaching might be a form of play.

Picnic at the beach

Observers are also surprised to see whales lingering near the coast these days, such as in Matamek on the North Shore. In several areas, capelin – a small, fatty fish particularly prized by a number of species – have been “rolling”. When we say that the capelin are “rolling”, it means that this little fish is laying its eggs at the edge of the beaches. Males reach shore first, where they wait for their female counterparts to start breeding. They squeeze the sides of the females to extract the eggs. With vigorous flaps of the tail, the fish deposit the fertilized eggs in the sand or gravel.

There they are protected from the tides and predation until they hatch about two weeks later. In their pursuit of this wriggling feast that approaches the coasts, whales then offer unparallelled proximity for humans who come to harvest these fish or simply admire this wonder of nature.

Was it to gorge itself on capelin that the Montréal humpback came so close to shore in Saint-Irénée on May 24, two days before it was observed in Québec City? It’s possible! Belugas in this area have also been cashing in on the abundance of fish. 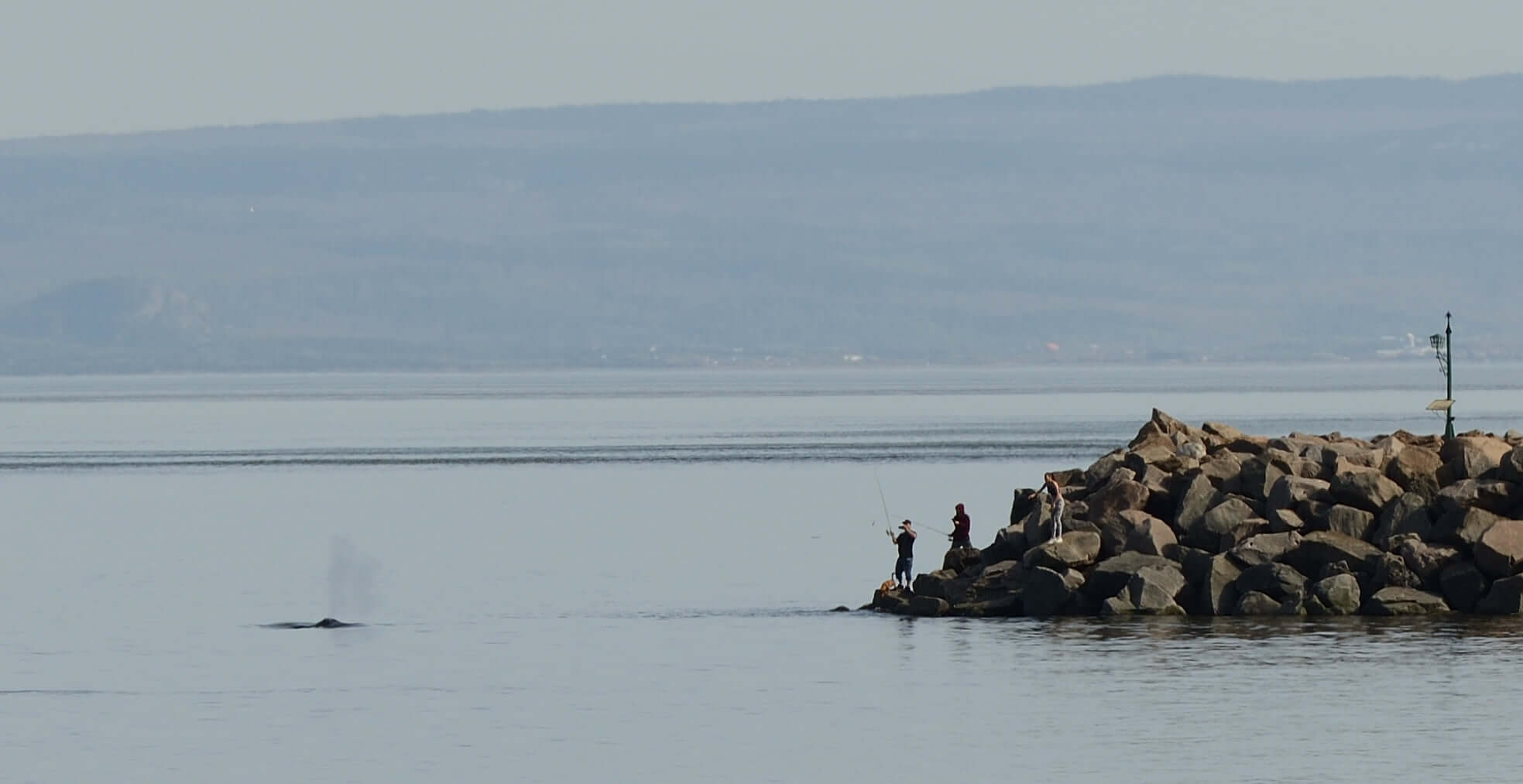 Despite the presence of prey near the shore, whales sometimes remain too far offshore to be identified. Such was the case on May 29 off of Pointe du Bout-du-Monde in Forillon National Park in the Gaspé Peninsula. “Way offshore, there was a group of several dozen individuals! It was very far out on the misty horizon, but we could clearly see a good number of spouts at the same time,” says one observer. On June 3, from her home in Cap-Desrosiers, the same observer identified three humpbacks, a blue whale and a minke whale in the span of just a few minutes. Lots of action out in the Gaspé!

Near Sept-Îles in Quebec’s Côte-Nord region, observations have also been rewarding for those who know how and when to watch. On June 2, Jacques Gélineau photographs the blue whale B451, his seventh since the start of the season. He also sees two fin whales and three minke whales.