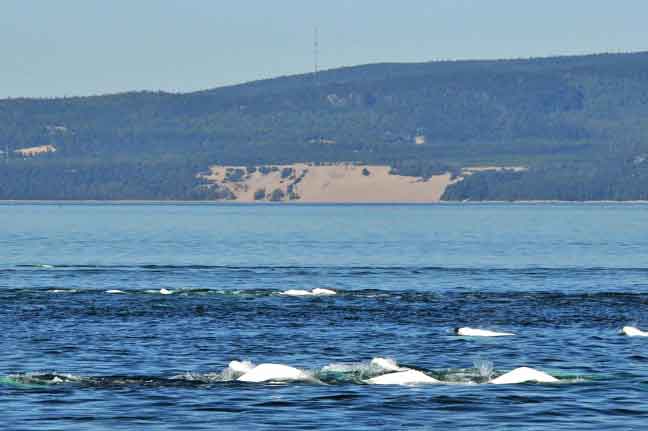 Boaters have an important role to play in protecting this endangered population. In summer months, they frequently encounter belugas in the St. Lawrence Estuary and the Saguenay Fjord. It’s also in summer that female belugas give birth, feed and raise their newborns.

“We need space and tranquillity to take proper care of our young, feed and rest. When you spot us, we request that you slow down and not try to approach us. Maintain a distance of at least 400 metres between us and your boat. Even if we swim toward your boat, slowly and cautiously move away and do not stop – we are not looking for playmates!”, mentions April, the beluga adopted by the RPQ in 2016 in the context of the Adopt a Beluga campaign, during a fictitious interview.

The RPQ is thereby participating in efforts to raise awareness for the protection of St. Lawrence belugas. This follows the awareness campaign conducted from July 29 to 31 by Fisheries and Oceans Canada and Parks Canada, in collaboration with the Marine Mammal Ecowatch Network (ROMM) and the Group for Research and Education on Marine Mammals (GREMM).

Protecting this emblem of the St. Lawrence is everyone’s responsibility!