Blows after the storm? 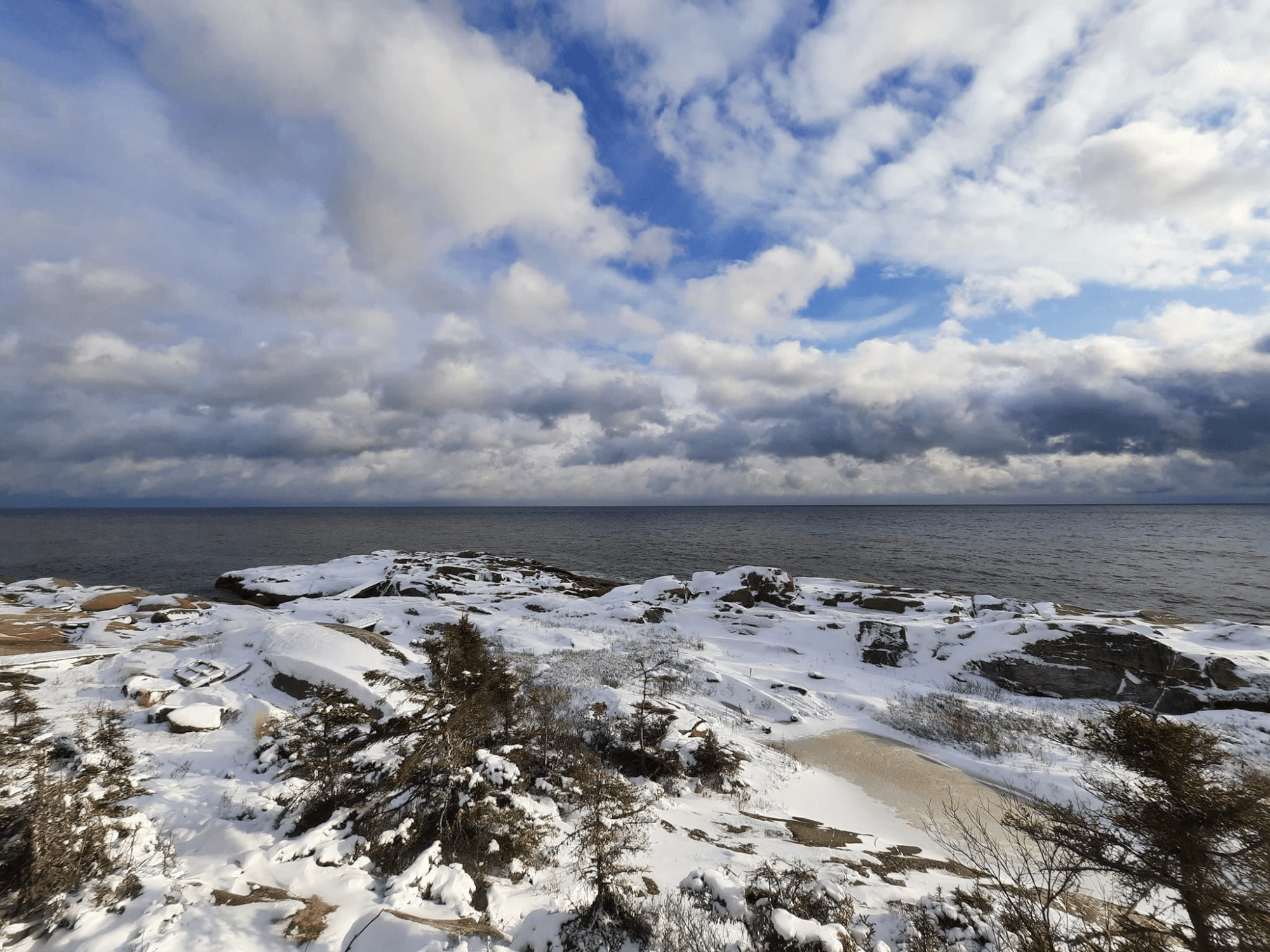 Between a winter storm, pounding winds and turbulent waters, this week’s weather conditions made it difficult to observe marine mammals. According to one observer: “Nothing to report this week, the sea is hiding its secrets from us… too much wind.” However, lulls in the inclement weather still allowed for a few whale sightings.

A parade of dolphins

A GREMM employee who owns a house in Les Bergeronnes tells us that he saw at least 60 Atlantic white-sided dolphins on Sunday. “They were in groups of 3 to 10 and swimming fast… very fast. They were heading downriver! The sea was very rough and there were a lot of waves. I didn’t see any jumping, but it was very neat all the same.” He also observed humpbacks and belugas in the preceding days.

On December 4, an observer posted on the docks in Les Escoumins tallied one minke whale, one harp seal, two grey seals and one harbour seal. On December 7, i.e. the day after the storm, photographer Renaud Pintiaux observed long-tailed ducks, a species of diving duck with various plumage patterns that will remain in the region throughout the winter. Every day at Cap de Bon-Désir, this bird and whale aficionado also spotted dozens of large spouts in the distance. He describes his most recent outing on the St. Lawrence to observe lingering large rorquals in these field notes.

From the shores of Godbout, several humpbacks were seen early in the morning this week. “I observe them from shore, because there’s too much wind to watch them from a boat,” explains one observer. On the morning of December 8, she reports seeing 35 humpbacks in groups of up to 7 individuals along Route 138 between Baie-Comeau and Godbout. The same day, the blasts of three humpbacks were spotted near the shore in Franquelin. According to a local resident, the behaviour of these whales suggested they were foraging. A minke whale also surfaced in Franquelin this week. 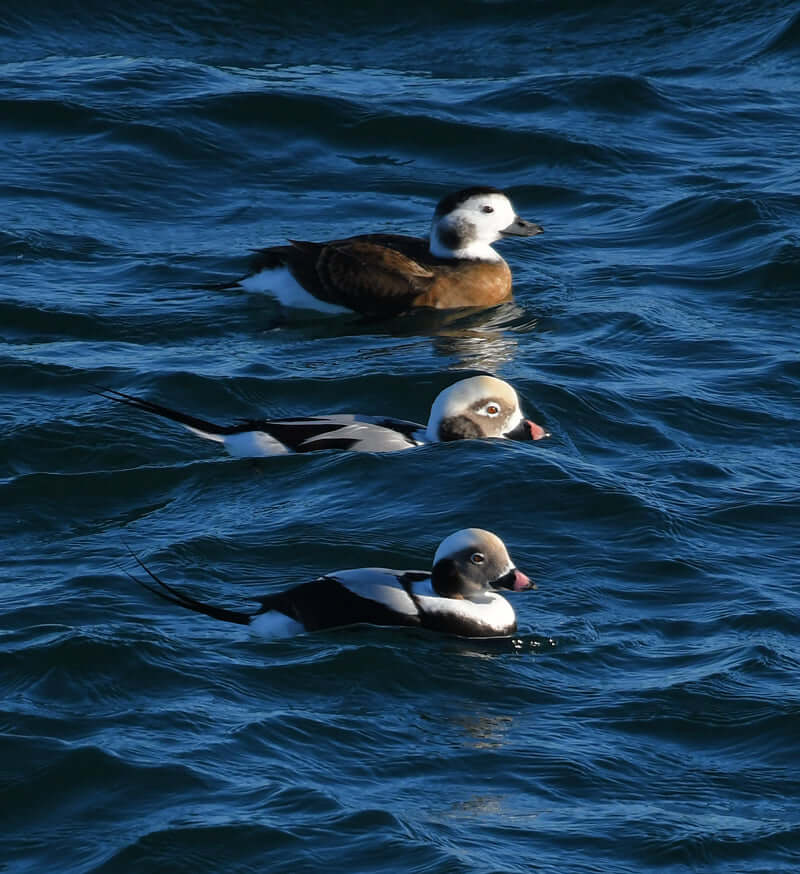 On December 1, birders observed a minke whale at Pointe Saint-Pierre in Percé. On December 2, near Cap-aux-Os, two motionless humpbacks appeared to be dozing on the water surface in the company of a dozen or so porpoises. Three days later, the balloon-shaped spout of a humpback erupted out of the water near Cap-d’Espoir. “Wow, always an indescribable pleasure!” exclaims a local resident. On December 7, three or four harbour seals basked on the beach while two humpbacks were seen blowing at Cap Bon-Ami. “We could see their spouts and tails very well,” reports the observer.

The white blanket that now coats the landscape cannot hide all of the sea’s colourful inhabitants. So let’s keep our eyes peeled!