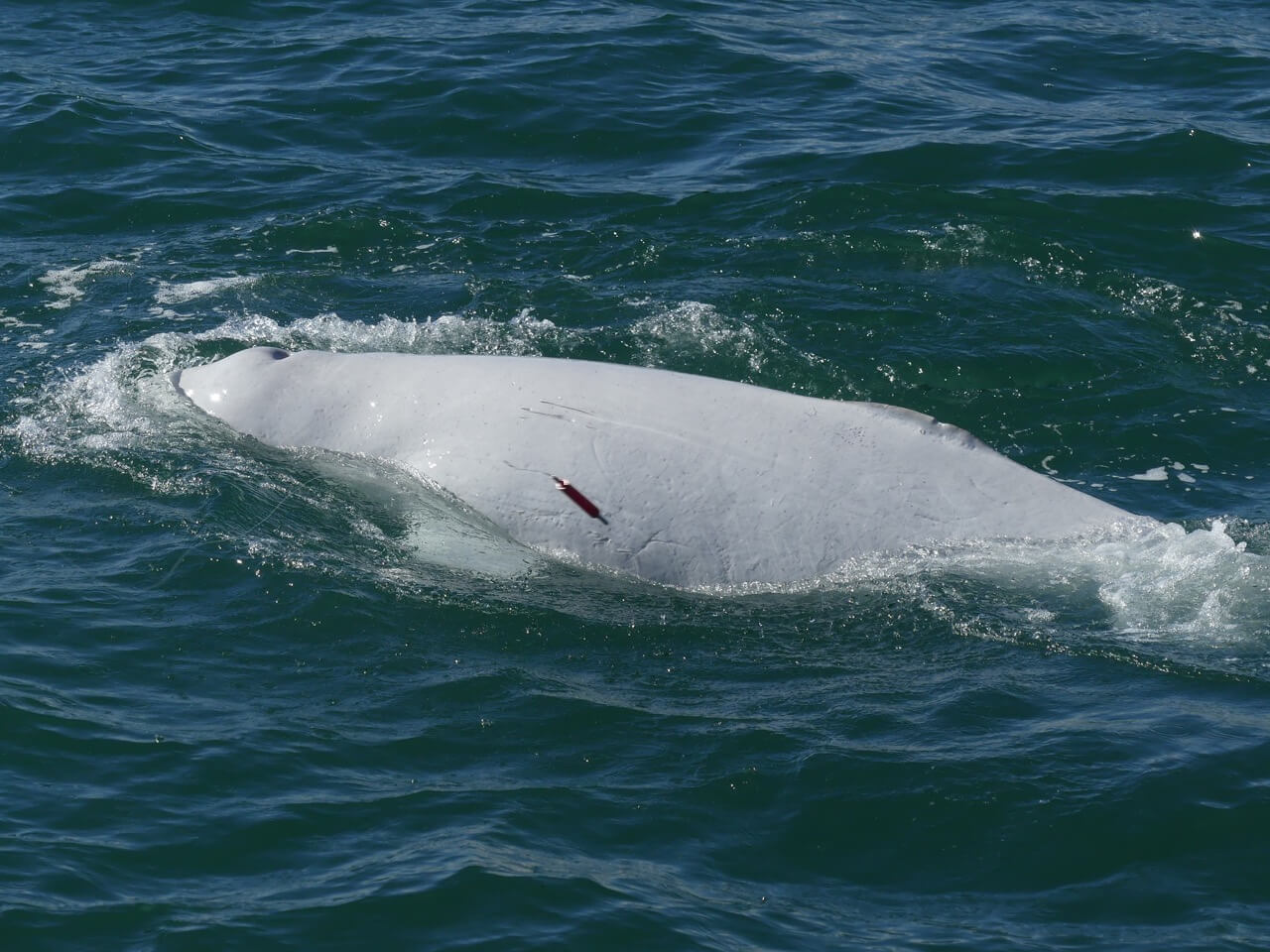 With a sample of skin and fat, the research team will study the beluga contamination. © GREMM

To protect an endangered species, one needs to understand the factors inhibiting its recovery. In the case of the St. Lawrence beluga, one of the hypotheses is that contamination is affecting the species’ health and its ability to reproduce. A new multidisciplinary research project will focus on this issue over the next five years. To achieve this, Fisheries and Oceans Canada and the Natural Sciences and Engineering Research Council of Canada are providing nearly $1 million in funding under the new “Whale Science for Tomorrow” program.

Bringing together researchers from four Canadian universities, two federal departments and an independent research organization, the project will contribute to a more complete overview of the contaminants that accumulate in the tissues of St. Lawrence belugas and their potential toxic effects. With this new project, UQAM researcher Jonathan Verreault and his collaborators will target several new contaminants that have yet to be monitored in this population and that could represent a risk to beluga health, after which they will offer recommendations to the relevant authorities.

The St. Lawrence beluga population is more vulnerable to exposure to contaminants because it lives year-round in this highly industrialized watercourse. Contaminants are not necessarily produced or released around its critical habitat, as they come mainly from municipal effluents and watersheds along the St. Lawrence and Great Lakes. Being non-migratory, the beluga feeds year-round on prey that share its environment. Little by little, belugas accumulate contaminants in their bodies. This phenomenon is known as bioaccumulation. Part of the research project will examine the contamination of the beluga’s presumed prey in order to better understand how contaminants are being transferred to the whales.

Known as persistent organic pollutants (POPs), many banned chemicals continue to linger in the environment.
And then there are the new chemicals created to replace those that have been outlawed. However, the persistence and bioaccumulation of these new contaminants and their long-term effects are unknown. St. Lawrence belugas have the potential to be contaminated by a multitude of products for a long time to come. “The threat created by chronic exposure to contaminants is subtle. Sometimes, action must be taken hundreds of kilometres away from where the belugas are and sustained, long-term pressure must be maintained on the political bodies that assess the potential environmental risks of these chemicals,” explains the project’s lead researcher, Jonathan Verreault.

In an effort to increase knowledge about old and new contaminants, but also to understand their potential toxic effects on belugas, Jonathan Verreault and his team from the Université du Québec à Montréal are collaborating with Zhe Lu and his team from the Université du Québec à Rimouski. A Master’s student will examine the temporal trends of emerging environmental contaminants, i.e. their presence over time and their abundance. Another student will evaluate the effects of various contaminants on the functions of the beluga’s thyroid, which in females are notably related to calving. University of Toronto researcher Hui Peng will conduct a general contaminant analysis to paint a picture of all chemical compounds that accumulate in belugas rather than target specific contaminants that have already been identified. “This will provide us with a more representative and up-to-date portrait of contamination in this vulnerable population,” explains Jonathan Verreault.

The samples studied come from beluga carcasses reported to the Quebec Marine Mammal Emergency Response Network as well as from biopsies collected by the Group for Research and Education on Marine Mammals.