On the morning of September 22, a minke whale carcass appeared off the coast of Pointe-aux-Outardes Nature Park. After drifting for a few hours, it finally washed ashore not far from the welcome centre. Staff members of the Nature Park then assisted the Quebec Marine Mammal Emergency Response Network by tracking the location of the carcass while they waited for a volunteer to arrive. 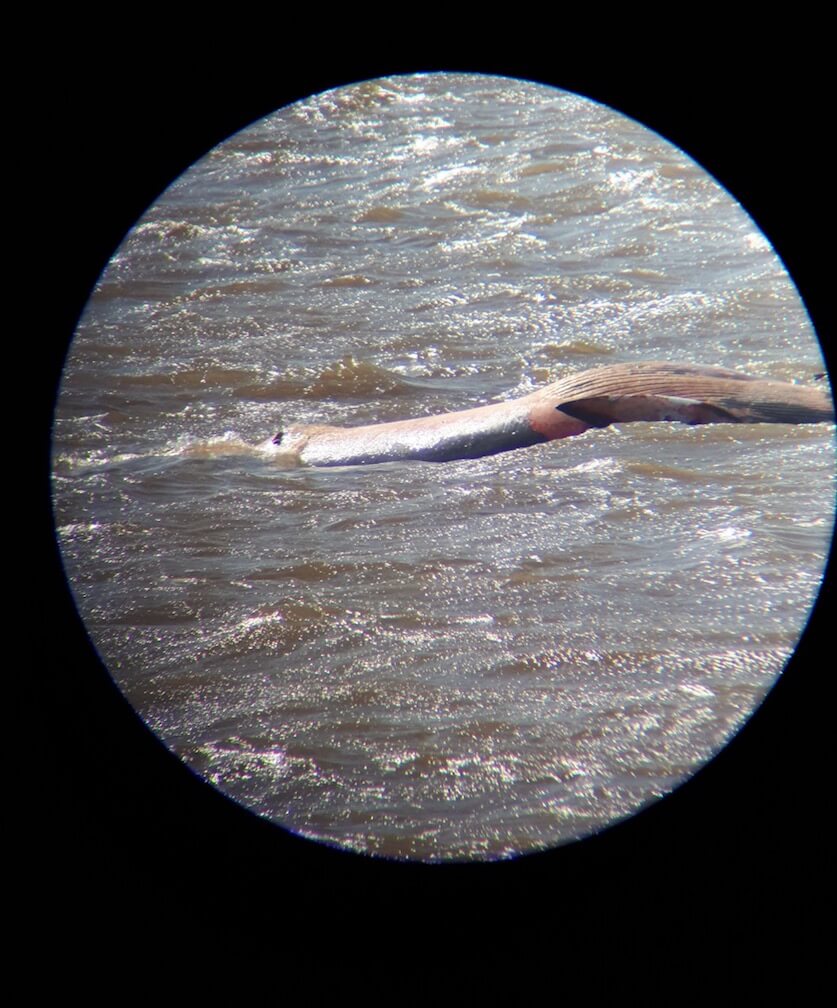 Collecting data on the incident

A Network volunteer was quickly dispatched to the scene to document the situation. He first took measurements of the animal, from the tip of the rostrum to the notch in the caudal fin (tail), being careful not to follow the curves of the carcass so as not to distort the measurements. Next step: attaching a tag to the tail. These tags have several purposes, the most important of which is to ensure that the carcass can be tracked. If the carcass is washed out with the tide and reappears in a neighbouring village or on the other side of the river, it will be easy to determine that the incident has already been documented and thus avoid generating redundant data, which could bias the databases (article in French) maintained by the Network. Additionally, the tag indicates that the case has already been processed and can thus help raise awareness of those who will come into contact with the animal.

Our volunteer then took photos of the whole animal. From his photographs, it will also be possible to determine the state of the carcass and whether or not the latter is a good candidate for sampling or necropsy. In this case, as the population status of minke whales is not of concern, a necropsy will not be conducted on this carcass. The volunteer nevertheless took samples from the carcass (skins, fat, muscles and baleen) for scientific studies. Indeed, there are research projects focussed on documenting the diet of minke whales, as well as their level of contamination and their genetic portrait.

Fate of the carcass: problematic situation and limitations

A number of questions are raised repeatedly from witnesses, including whether or not the carcass will be recovered and how. It should be noted that not all carcasses will be transported to a landfill or released back into the water.

If a carcass is not recovered entirely for research and constitutes a nuisance for citizens or tourist sites, Urgence-Environnement (website in French), managed by the Quebec Ministry of Sustainable Development, Environment and the Fight against Climate Change (MDDELCC), will be contacted so that it can assess, together with the municipality where the beached animal was found, whether or not it is possible to dispose of the carcass. The feasibility of such an intervention will be analyzed while taking into account the type of ground, the state of decomposition of the carcass, and the likelihood of it being washed out with the tide. 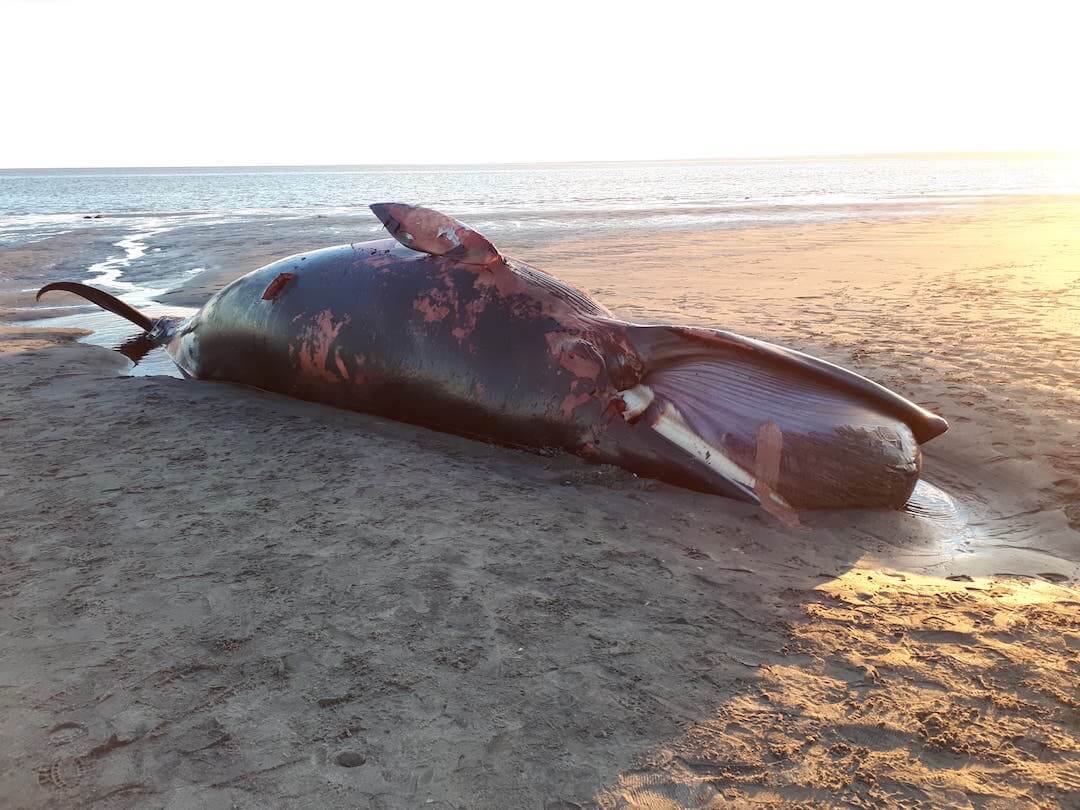 Pursuant to our follow-up with the Pointe-aux-Outardes Nature Park, it is clear that the carcass brought to shore by the high equinoctial tides will not wash away anytime soon. For this carcass, given the location and lack of suitable infrastructure, the MDDELCC decided to leave the carcass on the premises, to the dismay of the Nature Park. Disposing of a carcass of this size (8.20 m) and weight is a considerable challenge and requires a budget of several thousand dollars. On the other hand, this incident is an opportunity to raise awareness about scientific research projects on minke whales.