With the belugas… Hot to trot! 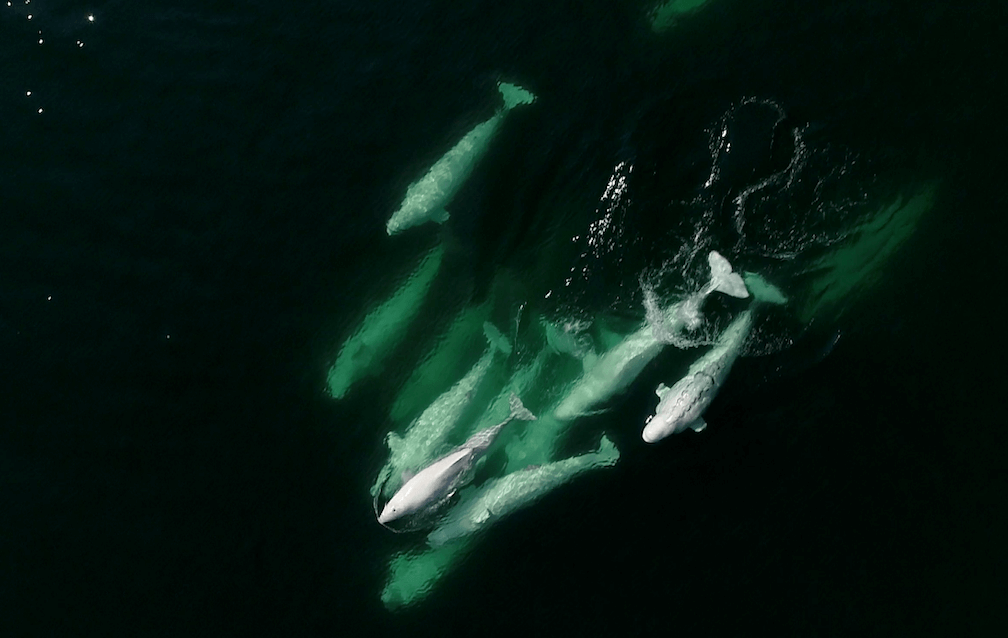 Could it be possible that belugas compete in reproduction by the amount of sperm introduced into the female. © GREMM

By Mathieu Marzelière and Albert Michaud

Monday, August 27, 2018. Aboard the BpJAM, we set out of the Tadoussac port in search of belugas to continue our routine photo-ID monitoring. Despite the presence of fog on the St. Lawrence, weather conditions seem promising for good observations. After navigating between the patches of fog, we end up finding an open area off buoy K54. After a good half hour scanning the horizon in search of white backs, we finally find some.

As the fog dissipates, the makeup of the herd becomes clearer and appears to total about thirty individuals. After photographing several small clusters of individuals, a group of about ten large belugas attract our attention. While the majority of the herd is moving at a moderate pace, these corpulent belugas are much more active and are swimming in tight formation. But we barely have time to photograph their flanks before they are lost again in the fog.

In an area of better visibility, we’re about to wrap up our encounter when vigorous surface activity (water streams, caudal fins, pectoral fins) catches our attention.  By drawing closer to the group of belugas responsible for this brouhaha, we decide to keep our distance and launch the drone in order to document the scene. Once the drone arrives above them there is no doubt: this is no ballet, but rather a reproduction scene.

We find a group of males – recognizable by their penises – chasing a female. Unlike humpbacks, where males spar in order to have the chance to later breed with a female, competition in belugas might occur after copulation based on the amount of sperm introduced into the female.

It is also possible that these sessions in which several males constrain a female are an example of an alliance between males in order to incrase their reproductive opportunities.

But in August, the breeding season should have been over a long time ago! This is not the first time our team has observed these behaviours outside the reproduction season. Is all this commotion a sort of training session? Or is the breeding season longer than we had thought? We definitely still have a lot to learn about the lives of belugas in the St. Lawrence. 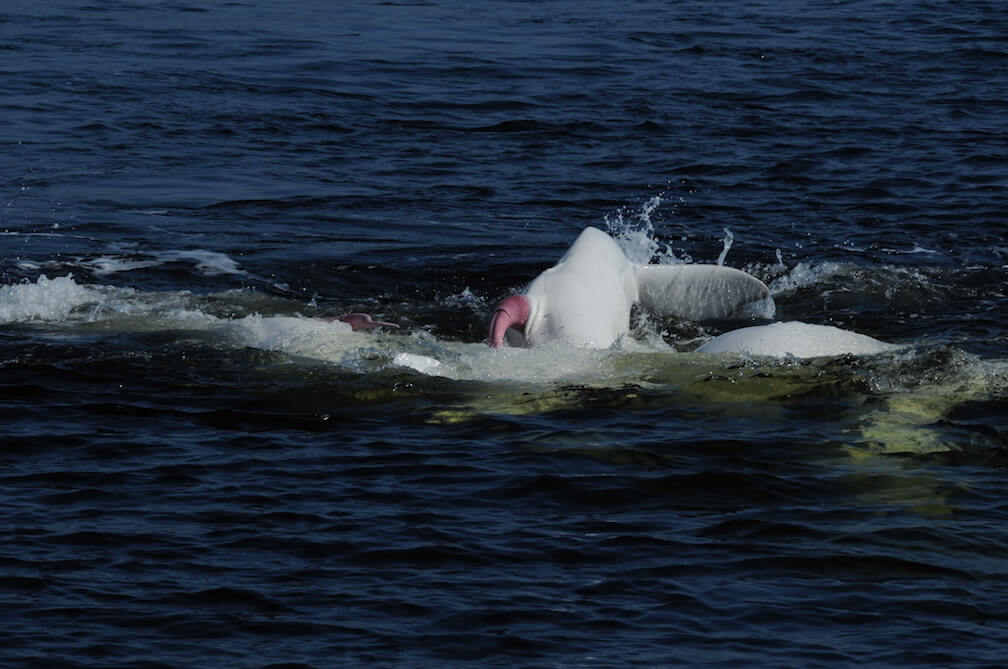