Are whales’ bones adapted to their diving? 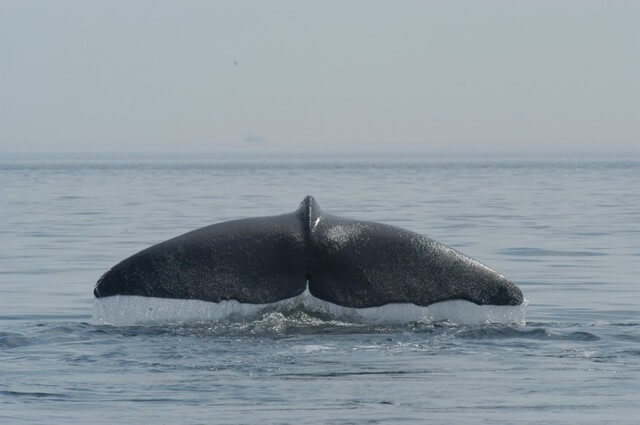 Several species of whales have traits that are well suited to their diving behaviour. For example, the relatively small size of their lungs relative to their body allows them to carry less air when they dive.

This helps minimize the buoyancy of the air when the whales descend. Could bone density also be one of these adaptive traits? 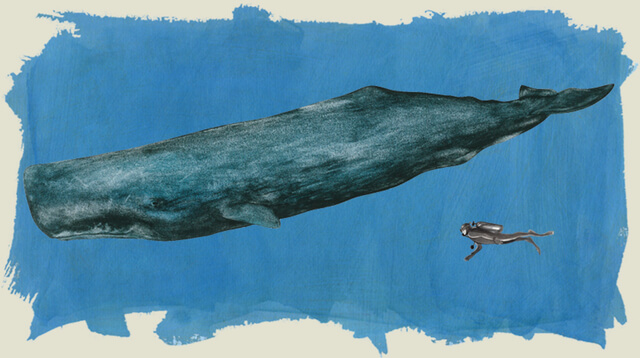 The sperm whale is one cetacean species that is capable of diving to depths of over 1,000 metres.

Low-cost yoyo-ing in the water!

The lower its bone density, the more energy the animal exerts when it dives. However, it also spends less energy to subsequently return to the surface. It is therefore difficult to know whether or not low bone density is an adaptation that helps reduce the energy costs of diving (including both the descent and ascent phases). This could be the case if low bone density proved less restrictive for the descent than advantageous for the ascent.

Indeed, this seems to be the case: The buoyancy afforded by their low-density bones is likely offset by adaptive features such as small lungs, and therefore the minimization of air carried during the descent. Conversely, the low density of their bones is believed to enable them to come back up to the surface while expending little energy.

From an evolutionary standpoint

One study has shown that in the evolutionary history of whales, there is a gradual decrease in bone density proportional to an increase in diving behaviour to increasingly greater depths. This would support the hypothesis that the low density of whale bones is an evolutionary adaptation to life in deep water and the ascent phase of their indispensable dives.