Are there krill in the wintertime?

Yes, there are krill in the St. Lawrence in the wintertime. According to a recent study by Dr. Yvan Simard and Nathalie Roy from Fisheries and Oceans Canada, the abundance of krill, in fact, was the highest at their monitoring station in the Saguenay-St. Lawrence Marine Park from December to February.

Dr. Simard is a Research Scientist at the Maurice Lamontagne Institute of Fisheries and Oceans Canada. He uses underwater acoustics to look at the functioning of ecosystems. He is also the Research Chair in Marine Acoustics Applied to Resources and the Ecosystem at the University of Québec at Rimouski.

Though there are three main species of krill in the St. Lawrence, namely Thysanoessa raschii, Thysanoessa inermis, and Meganyctiphanes norvegica, Dr. Simard tells us that T. raschii and M. norvegica are the prominent ones. T.raschii prefers colder waters that are around 1-2 degree Celsius while the latter prefers slightly warmer waters around 2-5 degree Celsius.

He adds, “We only have the adult stages here due to the circulation pattern of the St. Lawrence Estuary.” The upper water column, consisting of the first 10-15 metres of brackish water, flows out towards the Gulf and the Atlantic Ocean. It is in this part of the water column that young krill, including eggs and developing larvae, live. As a result, they are rapidly flushed out of the estuary.

After 5-6 months, when the krill mature, they start to travel vertically downwards in the water column because of phototaxis — a phenomenon where an organism travels towards or away from light. Because of the movement of the currents and bathymetry of the Laurentian channel, a slow moving localized upwelling current brings them back up to the head of the channel. This results in a complex control system at the connection of the Gulf of St. Lawrence and the St. Lawrence Estuary as well as the presence and accumulation of large krill at the head of the channel.

“This is why Tadoussac is and has always been a rich krill area, and is the feeding ground of several species,” explains Dr. Simard.

What about the higher abundance of krill in the wintertime? Dr. Simard speculates that it is related to the circulation regime in the Gulf of St. Lawrence and the biology of krill. He adds, “perhaps due to their life cycle, the krill are bigger in the winter time, which makes for a larger weight-density and larger mass of krill.” 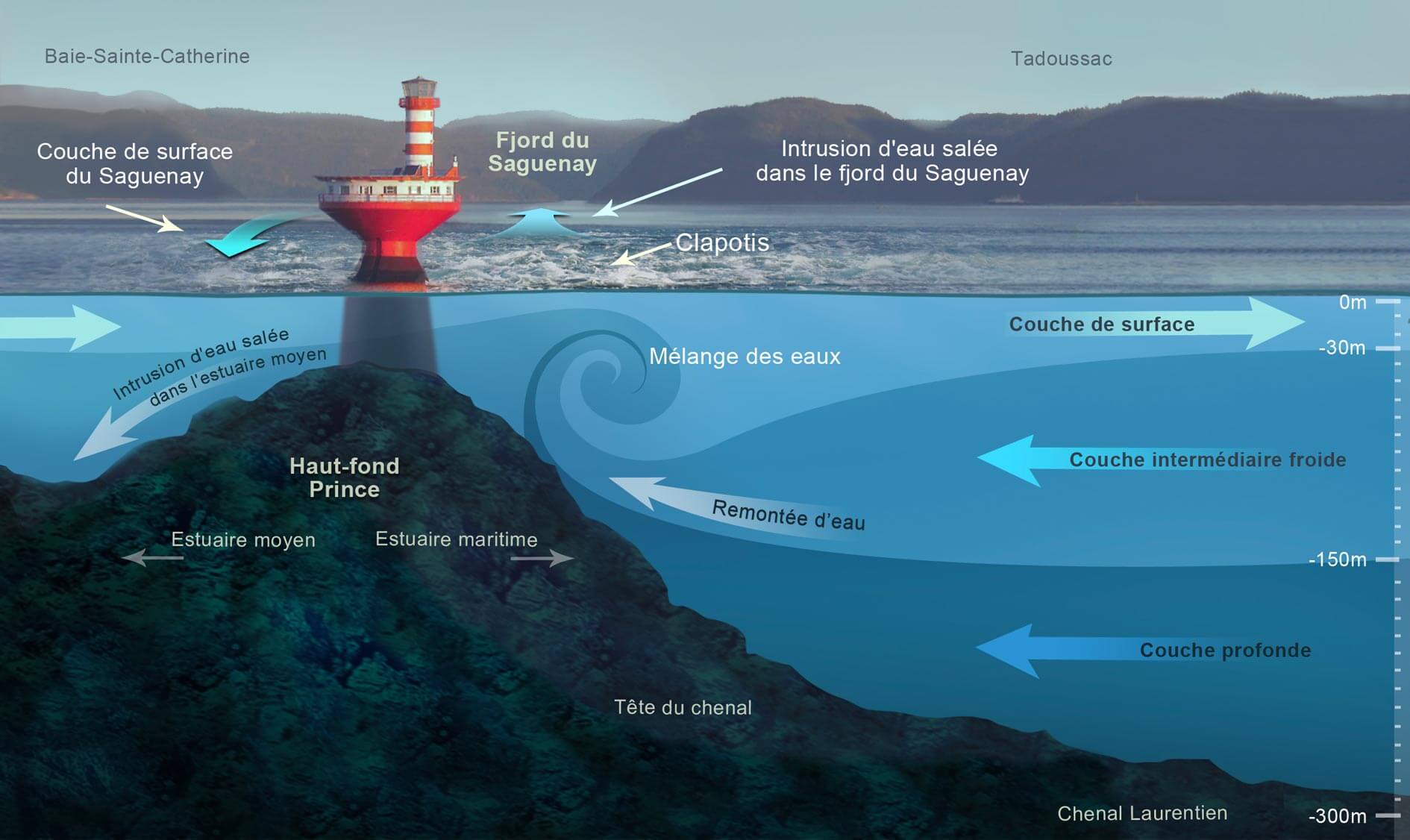 We know that large baleen whales, such as humpback whales and fin whales that frequent the waters during the summertime and migrate southwards during the wintertime. These whales prey on krill in the St. Lawrence. Does their absence cause a higher krill abundance?

Dr. Simard disagrees. He says that krill forms the basis of many food chains; it is a source of food for several species. Several other organisms such as pelagic fish species, groundfish and invertebrates are present in the St. Lawrence during the winter and also consume krill. The whales’ nutritional requirements are not significantly large enough compared to the global krill mass to affect their population in the St. Lawrence during the feeding seasons of the whales.