Are humpback whales saving other species being hunted by killer whales? 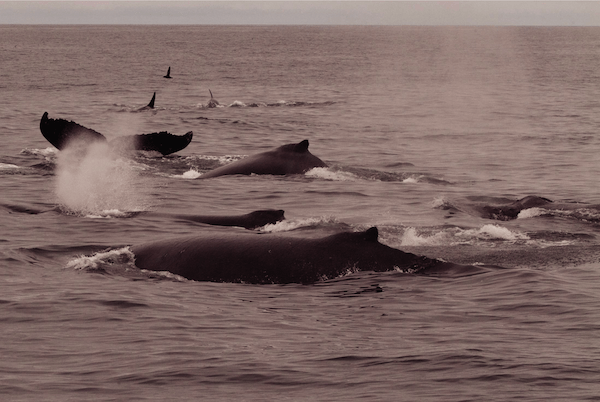 Yes. For example, in 2012 in Monterey Bay, California, a BBC team filmed the intervention of two humpbacks to protect a young gray whale being pursued by killer whales. The calf ends up dying, but about fifteen other humpbacks subsequently arrive and position themselves between the killer whales and their prey, preventing them from devouring it. In the course of this confrontation, the humpbacks produce powerful sounds and engage in violent tail-slapping whenever a killer whale approaches and remain “on the lookout” for several hours.

More than 100 such interactions between humpbacks and killer whales were documented between 1951 and 2012 and were used in a study by the National Oceanic and Atmospheric Administration (NOAA) published in the journal Marine Mammal Science in 2016. Researchers estimate that 95% of the killer whales involved were “mammal-eaters” and that in 89% of the incidents observed, humpbacks approached once the killer whales began hunting, and opted to intervene specifically to interrupt the hunt. As for the prey, the vast majority (89%) belonged to other species (cetaceans, pinnipeds and fish). Researchers wonder: why are humpbacks risking their lives and expending energy for other species?

According to the authors, humpbacks harass the killer whales in a preventive manner, fearing they will attack their own young. A number of the whales involved in these interactions showed signs of killer whale attacks. Do humpbacks that were attacked by killer whales when they were younger remain wary of their assailants? They are thus believed to intervene without really knowing the nature of the prey being hunted by the killer whale. This behaviour, known as “predator harassment”, is observed amongst birds and mammals, including some species of toothed whales – for example, pilot whales that attack killer whales in the Strait of Gibraltar. In baleen whales, this behaviour has only ever been observed in humpbacks. The latter “harass” not only killer whales, but also pilot whales and false killer whales. 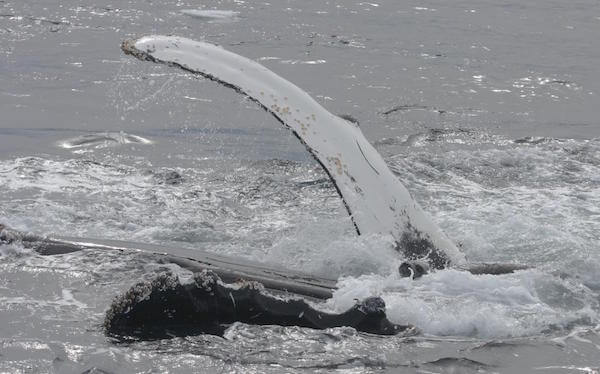 A Weddell seal rests on the chest of a humpback whale, safe for the time being from attacking killer whales © Robert L. Pitman

Researchers also advance the hypothesis of altruism. Humpback whales have complex social behaviours and these attacks, which are low risk for adults capable of defending themselves, may help strengthen family ties. According to these researchers, interspecific altruism is probably incidental.