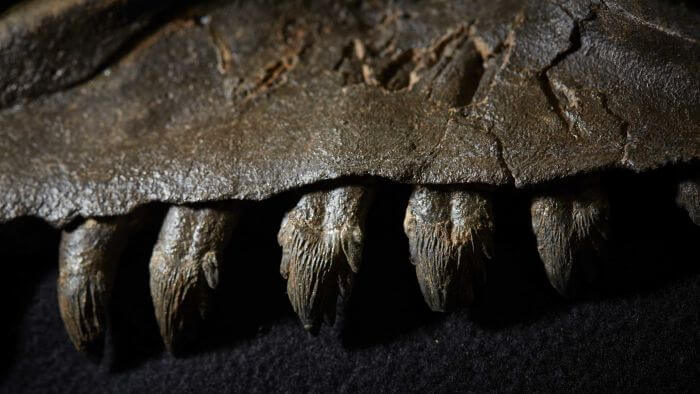 Ancient whales had extremely sharp teeth, similar to those of land-based predators such as lions and dingoes, recently discovered researchers from Monash University and Museums Victoria in Australia. This finding disproves the theory that these whales used their teeth to filter their food, as many large whales do today thanks to their baleen. Were they rather formidable predators?

To find out whether ancient whales, which lived some 25 million years ago, were predators hunting large prey or feeding on small prey by filtration, scientists created 3D models of the teeth of eight extinct whale species as well as four terrestrial carnivores – coyote, lion, dingo and cougar – as well as five seal species, some of which use their teeth as a filter.

The shape of its teeth can tell us a lot about how a given species feeds. Predators that catch, kill and slice into their prey need sharp teeth with cutting edges. On the other hand, species that use their teeth like baleen to sieve krill from the water – such as crabeater seals and leopard seals – have teeth with rounded edges.

Researchers were surprised to discover that the fossilized teeth of ancient whales are most similar to those of terrestrial predators. Do they also resemble those of today’s toothed whales? No, because all of today’s whales, including killer whales and belugas, have cone-shaped teeth, while ancient whales had teeth with several crests and hollows, like a mountain chain. 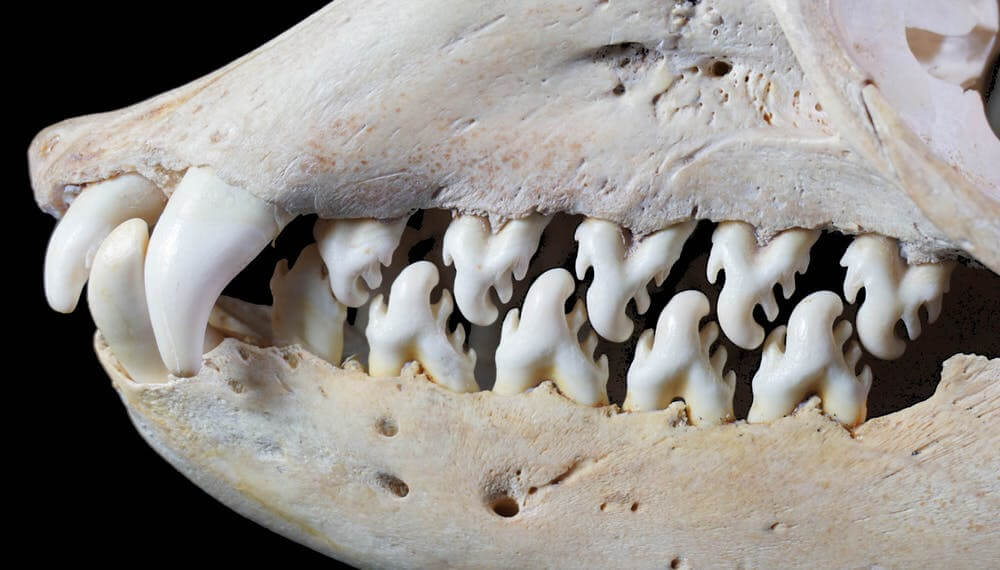 Ancient whales were not gentle giants: they were small (3 to 5 metres long) compared to most of today’s whales and at least some of them seem to have been fearsome predators.

These results clarify, at least a little, the great mystery of the evolution of baleen in Mysticeti whales – the suborder of cetaceans that includes rorquals, right whales and gray whales. Until recently, a number of researchers believed that teeth had played a role in the filtration process before the gradual appearance of baleen. But these results suggest that ancient whales probably never used their teeth as a sieve. Their feeding methods included the predation of large prey by biting and sucking. The recent discovery of Alfred, a 25-million-year-old fossil whose teeth bear traces of rubbing against prey or sediment sucked into its mouth, indicates that sucking was also an important means of feeding for some species.

Whales are believed to have developed their filtration strategy later, possibly after they had already completely lost their teeth. According to researchers, this evolution is thought to be linked to major changes having taken place on a planetary scale some 30 million years ago. Antarctica separated from the other continents and cold water began to flow freely around this new continent, creating the Antarctic Circumpolar Current and resulting in increased ocean productivity and abundance of small prey.