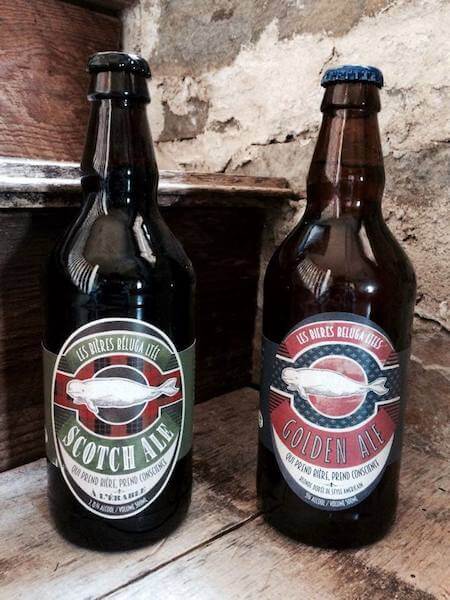 Anticipated announcement: the second in a series of three beers developed by the team from Les Bières Bélugas Ltée is now available in the Greater Montréal and Québec City regions. This time, it is a maple-flavoured Scotch Ale that was brewed to support the Adopt a Beluga campaign. A strong beer (7.8%) “to stay warm on those chilly evenings that are right around the corner,” wrote Patrick Cool, one of the three initiators of this project on the social networks. This beer succeeds the Golden Ale, a summer beer with citrus aromas which was enjoyed on hot days by many throughout Quebec.

For every beer sold, a donation of $0.11 will be made toward the adoption of “AL“, the beluga chosen by Les Bières Bélugas Ltée.
To date, a total of $ 2,000 has been paid to the St. Lawrence Beluga Project for the adoption of AL, a significant contribution appreciated by the research consortium. With the new fall Scotch Ale and a third beer that will be launched in March 2016, Patrick Cool, Eric Buteau and Frédéric Jodoin, the entrepreneurs behind these beers, aspire to adopt one beluga per year, as long as people keep drinking their brews!