You want whales?, here you go!

For cetacean enthusiasts, April is synonymous with the return of these great migrants. Increasing numbers of them are coming to take advantage of the abundant food supplies in the St. Lawrence.

On April 17, Jacques Gélineau is brimming with excitement. Outside his home in Port-Cartier, three fin whales are swimming close enough to shore that he can identify the species. Over the next few days, he would see fin whales on several occasions. A minke whale also comes close to the beach. Northern gannets are circling overhead and diving. Are the capelin getting ready to spawn once the water warms up a bit? Stay tuned to find out!

Also on the North Shore, this time in Gobdout, a local resident manages to photograph two large rorquals. In the photo, all one can see are two small black lines with a tiny triangle at the end of the back. The tiny dorsal fin compared to the long back might suggest that these are blue whales, but without higher quality photos, it’s impossible to say with certainty.

The next day, we receive news from the Gaspé Peninsula. A new resident of the area is returning from her night shift when, near the town of Mont-Saint-Louis, a movement in the water catches her eye. She stops and excitedly takes out her binoculars. “I saw a back that appeared blueish-grey. It blew three times. This is my first whale of the year and my first since I’ve been here!” she exclaims.

A little farther down river on the south shore, in Cap-des-Rosiers, a family with a view of the St. Lawrence had the chance to enjoy their dinner at the same time as a couple of large rorquals. “Three times this week, between 6 and 7:30 in the evening, we saw spouts.”

What are the whales feeding on here? For each species, the menu will vary. A specialist, the blue whale feeds exclusively on krill, a small crustacean that congregates in large schools. Occasionally, one can even spot clouds of krill on the surface, which make for the perfect snack for this blue giant. Fin and humpback whales have a slightly more varied diet. In addition to krill, they feed on small shoaling fish such as herring, capelin or sand lance.

Additionally, in Gaspé Bay, there were at least two minke whales on April 18. In the southern portion of Forillon National Park, two birders observe the animals swimming at a healthy pace. Here and there, harbour seal poke their heads above the water surface.

A minke whale raises the hopes of residents living near the Saguenay-St. Lawrence Marine Park. Another minke whale swims off the coast of Les Bergeronnes on April 19. Every year, this migrant arrives between late March and April. More individuals are expected to arrive in the weeks to come.

On April 17, a small herd of six belugas is spotted off the coast of Saint-Irénée.  On April 20, within the space of a few minutes, two different observers report seeing a solitary beluga. One person photographed the animal in Les Escoumins, the other in Les Bergeronnes. Is it the same individual? Analysis of the photos concluded that they were two different individuals, but their exact identity has not yet been determined. 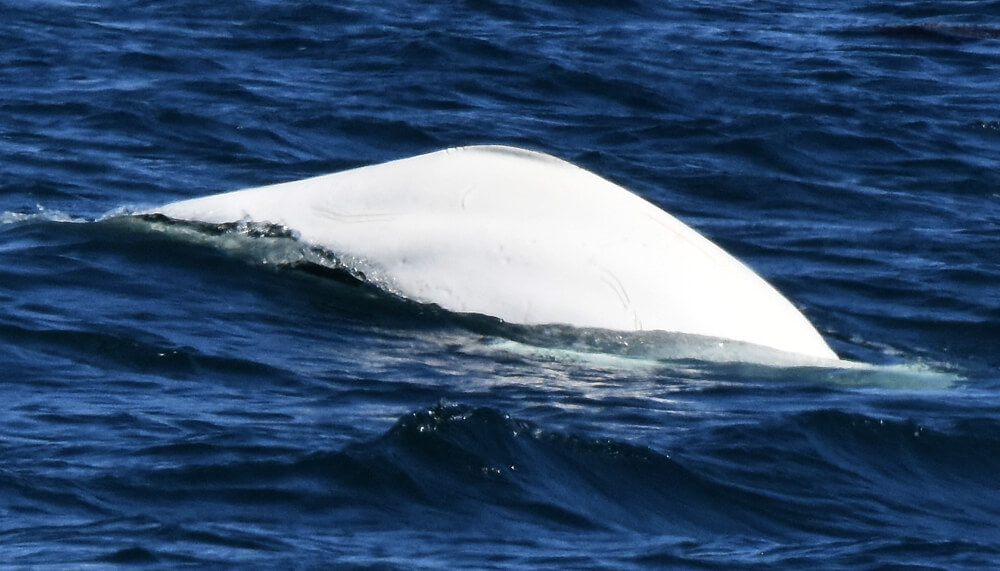 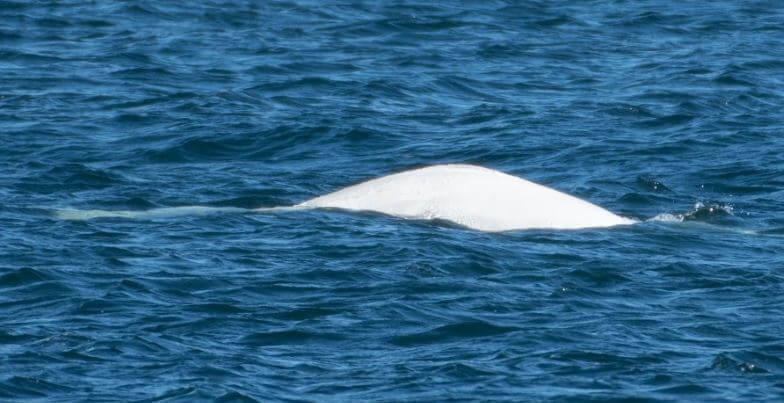 “Have you heard anything about the beluga in Chaleur Bay?” asks one reader. No, no reports have been made to 1-877-722-5346 in the past few days. Hopefully, the beluga has found its way back to the St. Lawrence Estuary to join its peers