Wounded seal: what to do?

As you pace the shores of the St. Lawrence, you come face to face with a seal. So far, nothing abnormal: seals are amphibious animals, which means they alternate between life in the water and life on land. So, in this situation, there is nothing more to do than walk away, maintain a distance of at least 50 metres and let the seal go about its business in peace! But, in the event the seal shows signs of injury, once you have moved away, it is important to contact Marine Mammal Emergencies immediately at 1-877-722-5346.

The call centre team will then ask you a few questions to get a better understanding of the situation and assess its options for a potential intervention. You will be asked to send photos and/or videos. A volunteer will also visit the site to collect additional information and educate passers-by. The call centre team will remind you during the call how to act in the presence of a seal: 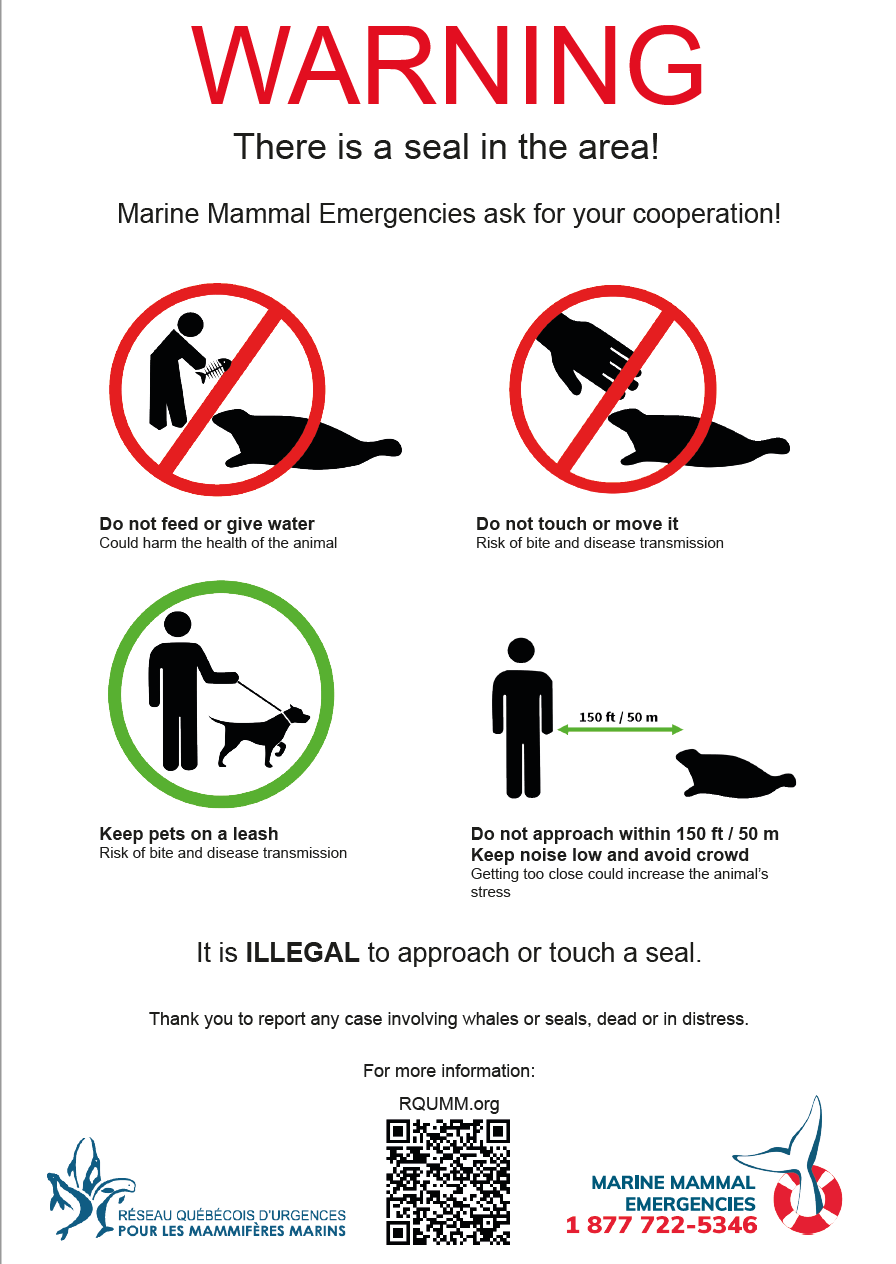 What will the Network do next?

First, the Marine Mammal Emergencies team will send the photos and videos of the animal to a member veterinarian of the Quebec Marine Mammal Emergency Response Network (QMMERN). He or she will then be able to comment on the animal’s chances of survival, which notably depend on the location and depth of the wound. “If the wound is restricted to the blubber, does not go into the abdominal cavity and no bone is exposed, odds are the animal will survive,” explains Stéphane Lair, veterinarian and wildlife health expert. In fact, according to the veterinarian, the injuries that seals can sustain are astonishing, as evidenced by living individuals with impressive scars. “Seals are fairly well protected by their thick layer of blubber. Additionally, marine mammals have a tremendous ability to recover from injury, and salt water does wonders to heal their wounds,” he explains. 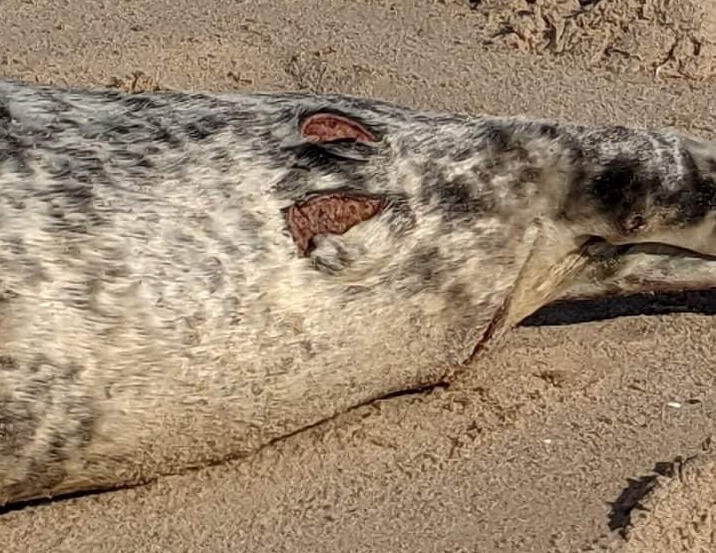 This seal had about a 50% chance of survival. © Stéphanie Barbados

Since an injured seal generally has a relatively good chance of survival, the QMMERN prefers not to intervene directly, but rather strives to provide the seal with a favourable environment for resting and healing. For example, the QMMERN team might install a security perimeter and educational posters around the animal to notify passers-by of its presence. In some cases, if the animal is in a particularly high-traffic area, the Network might decide to move it to a quieter location to limit disturbance and maximize its chances of survival.

Other times, the source or type of injury results in a moral obligation to intervene in accordance with the QMMERN’s codes of ethics. Indeed, if the injuries were caused directly by human activity, the Network will assess all its options in order to maximize the chances of the animal’s survival. For example, a few weeks ago, the QMMERN mobile team removed a fishing hook that was lodged in the leg of a harbour seal. 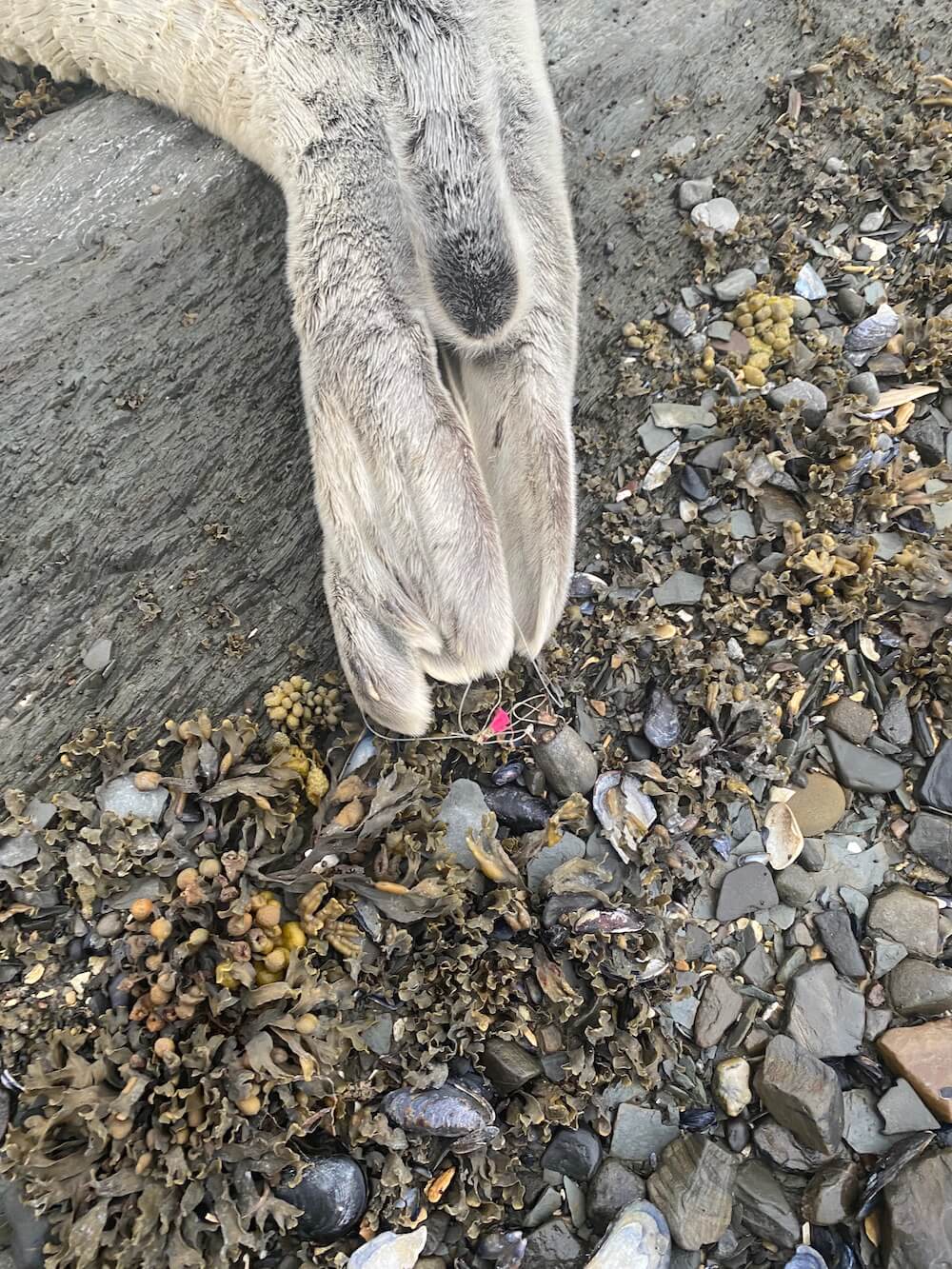 The mobile team removed a hook from the leg of a harbor seal. © RQUMM
Marine Mammal Emergencies - 11/8/2021