Teeming with marine life, the St. Lawrence Estuary is a wonderful place. As a research assistant at the Group for Research and Education on Marine Mammals, I have the opportunity to observe many atypical behaviours exhibited by the giants of the sea who frequent our beautiful estuary and immortalize them in pictures. But sometimes, identifying them requires a certain imagination to envision the body of the animal mostly hidden under water.

Will you be able to recognize the species from the photos?

a: an ocean sunfish
b: a killer whale
c: a fin whale
d: a great white shark
e: a capsized racing sailboat 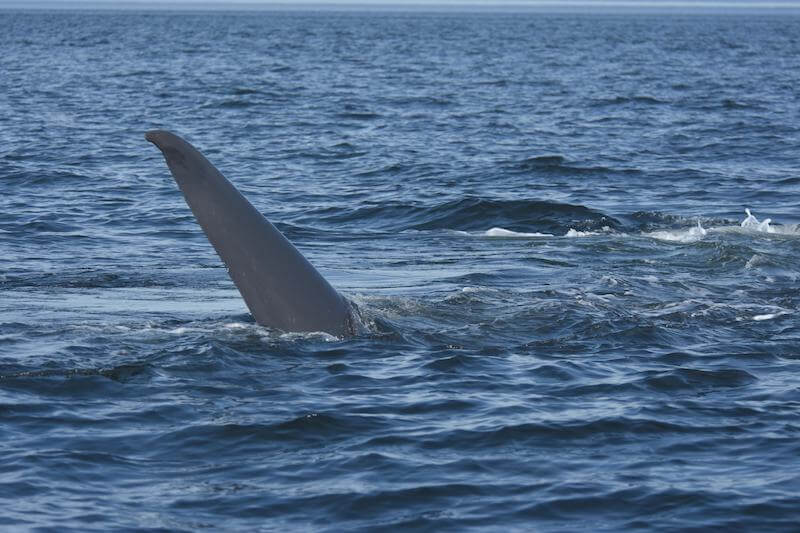 Q2: I might be small and adorable, but I can be the target of some super-predators such as the great white shark or the killer whale… who am I?

a: a minke whale
b: a “bleuvet” (second-year beluga)
c: an Atlantic salmon
d: a young Atlantic white-sided dolphin
e: a harbour porpoise 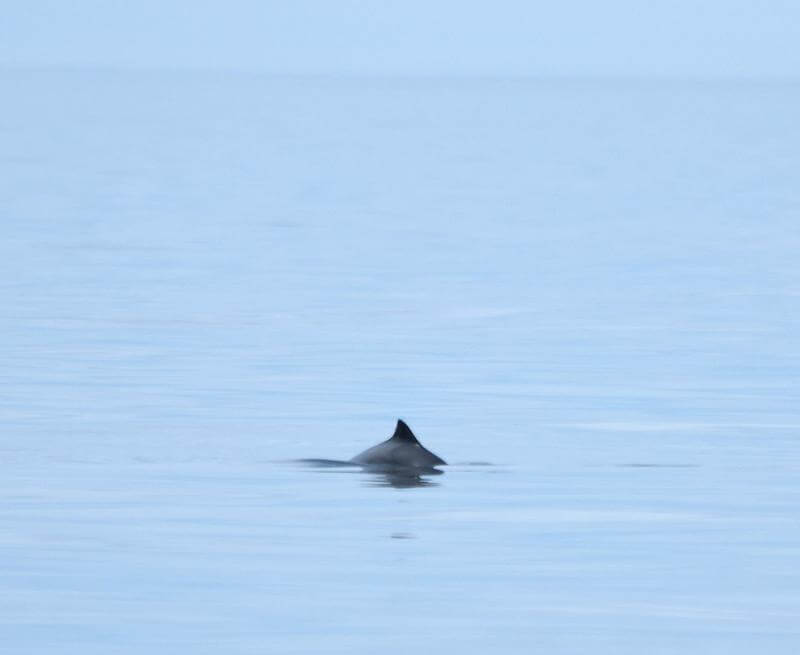 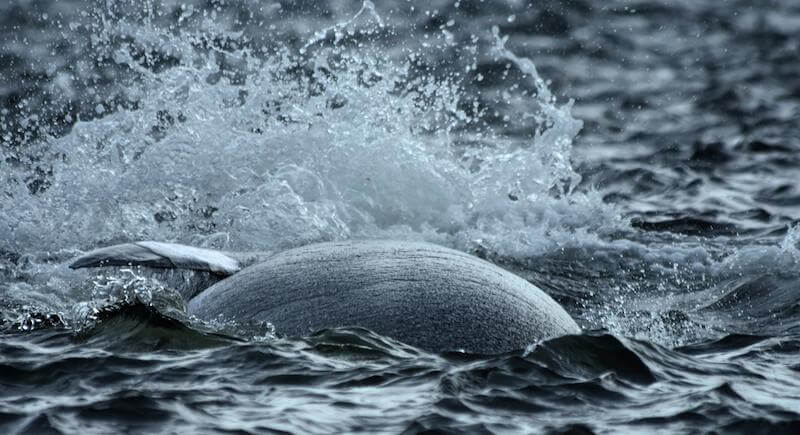 a: a fin whale
b: a minke whale
c: a humpback whale
d: a beluga
e: a razorbill that ate too much 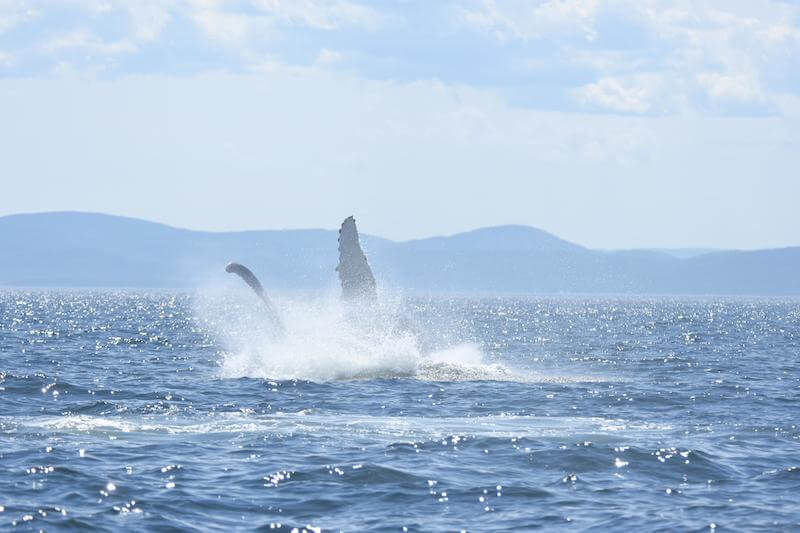 This is part of the caudal fin of the greyhound of the sea, more commonly known as the fin whale. Although it is known for its speed (up to 40 km/h), a surface feeding fin whale slows down or even comes to a standstill when it opens its mouth to take a gulp of water and the prey it contains. One of its surface feeding techniques brings the large caudal fin to the surface!

Here you can recognize one of the smallest toothed whales in the world: the harbour porpoise. In addition to its relatively small size (for a cetacean), it is recognizable by its triangular dorsal fin. This field mark can be used to differentiate it from some dolphins that frequent the St. Lawrence Estuary, which have a hooked dorsal fin.

Here, one of the biggest stars of our Estuary, identifiable by the white spot on the top of its pectoral fin. When feeding, this whale puts on quite a show for those who are lucky enough to be near the buffet.

Although it may have overeaten, this is not a bird, but a mammal. Recognizable by its long black-and-white pectoral fins, the ends of which are covered with tubercles, the humpback is distinguished from other Mysticeti whales by its characteristic morphology and its capacity to launch itself into the air.

Now you’re going to ask me, “Why do they do that?” Learn why in this question from the public: Why leap out of the water when one weighs over 30 tonnes?