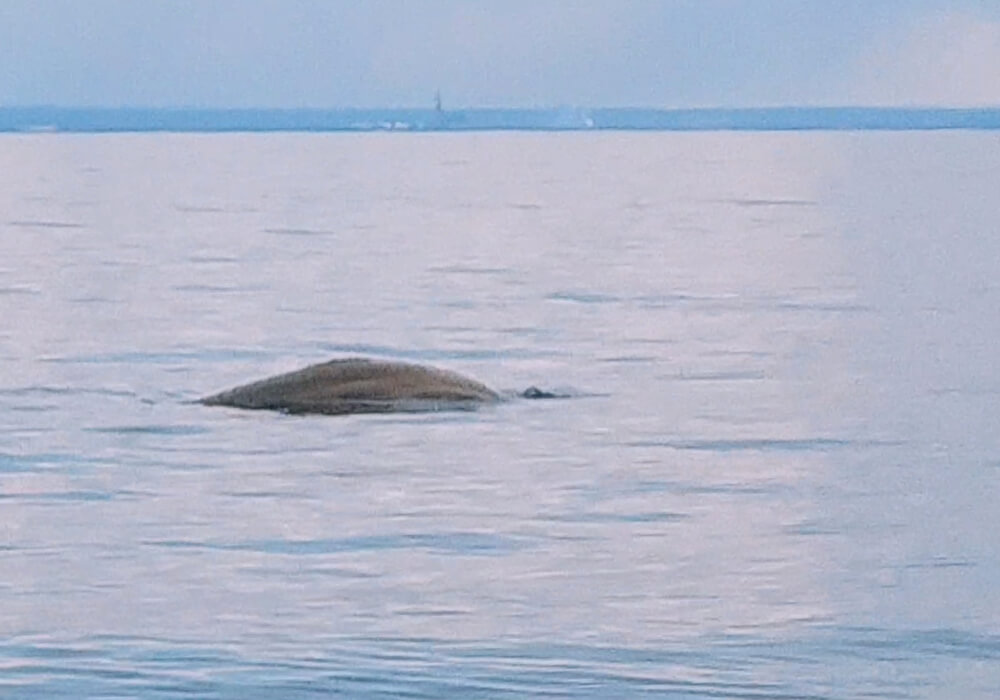 On April 15, a beluga was observed in Chaleur Bay near Saint-Siméon-de-Bonaventure, in the Gaspé Peninsula. Witnesses contacted the Quebec Marine Mammal Emergency Response Network at 1-877-722-5346 to report this animal outside its usual range (normally the Upper Estuary and Saguenay area).

The beluga had previously been observed by two individuals and was moving slowly westward, not far from shore. Although belugas are occasionally seen in early spring in the Chaleur Bay area, by this time of the year, most of them are back in the Estuary.

Belugas are social marine mammals. When a beluga wanders away from its range and loses contact with its group, it may try to compensate for the lack of social ties by closely interacting with boats and humans. If it loses its sense of danger around ships, it could be injured by an engine propeller, which could be fatal.

We are monitoring the situation and, if there are any new sightings of the animal, we would request that the witnesses contact the Quebec Marine Mammal Emergency Response Network at 1-877-722-5346.

Without approaching the animal if observed from the water, witnesses are advised to:

Thank you for your collaboration.

No reports have been made to 1-877-722-5346 in the past few days for this beluga. Hopefully, the beluga has found its way back to the St. Lawrence Estuary to join its peers