Barnacles have enabled scientists to trace the movements of whales that roamed Earth about 250,000 years ago. © Ken-ichi Ueda

Whales, which have been around for roughly 30 million years, are estimated to have reached their current size 4.5 million years ago. On the geological scale, this is therefore still a “recent” change, which probably took place over a very short period of time. It is believed that this rapid evolution was triggered by a geoclimatic upheaval that moved the whales’ seasonal feeding grounds farther away from each other and therefore forced the animals to make longer journeys . Gradually, it is believed that the more robust individuals prevailed at the expense of the smaller, less hardy individuals. In order to study the evolution of their gigantism, researchers from the University of Berkeley are attempting to reconstruct the migratory movements of the baleen whales of yesteryear.

It is possible to determine the path a whale has taken by studying its baleen, which show traces of the food the animal has consumed in different regions. However, these keratin structures do not easily fossilize. As a result, they cannot be used to trace whales’ historic migratory movements. Against all expectations, researchers succeeded instead in their trip back in time thanks to a crustacean measuring just a few centimetres long whose shell is more resistant to the wear of time: the barnacle.

A barnacle for every whale

The barnacle is sessile, which means it spends its entire life immobile, attached to a support. At the larval stage, it can land on a quay, a boat… or a whale! It then secretes a powerful adhesive that allows it to anchor into the skin of its host. It is estimated that it can remain on the whale’s back for about a year until it either dies or falls off, which gives it ample time to travel the world with its host. Its shell, made of calcified plates built over time, allows scientists to retrace its course using a method known as isotopic analysis. With regard to whale barnacles, each species of barnacle is associated with a specific species of whale. Thus, by studying a particular species of barnacle that has already fallen off, one can obtain accurate information on the migration of a given species of whale. 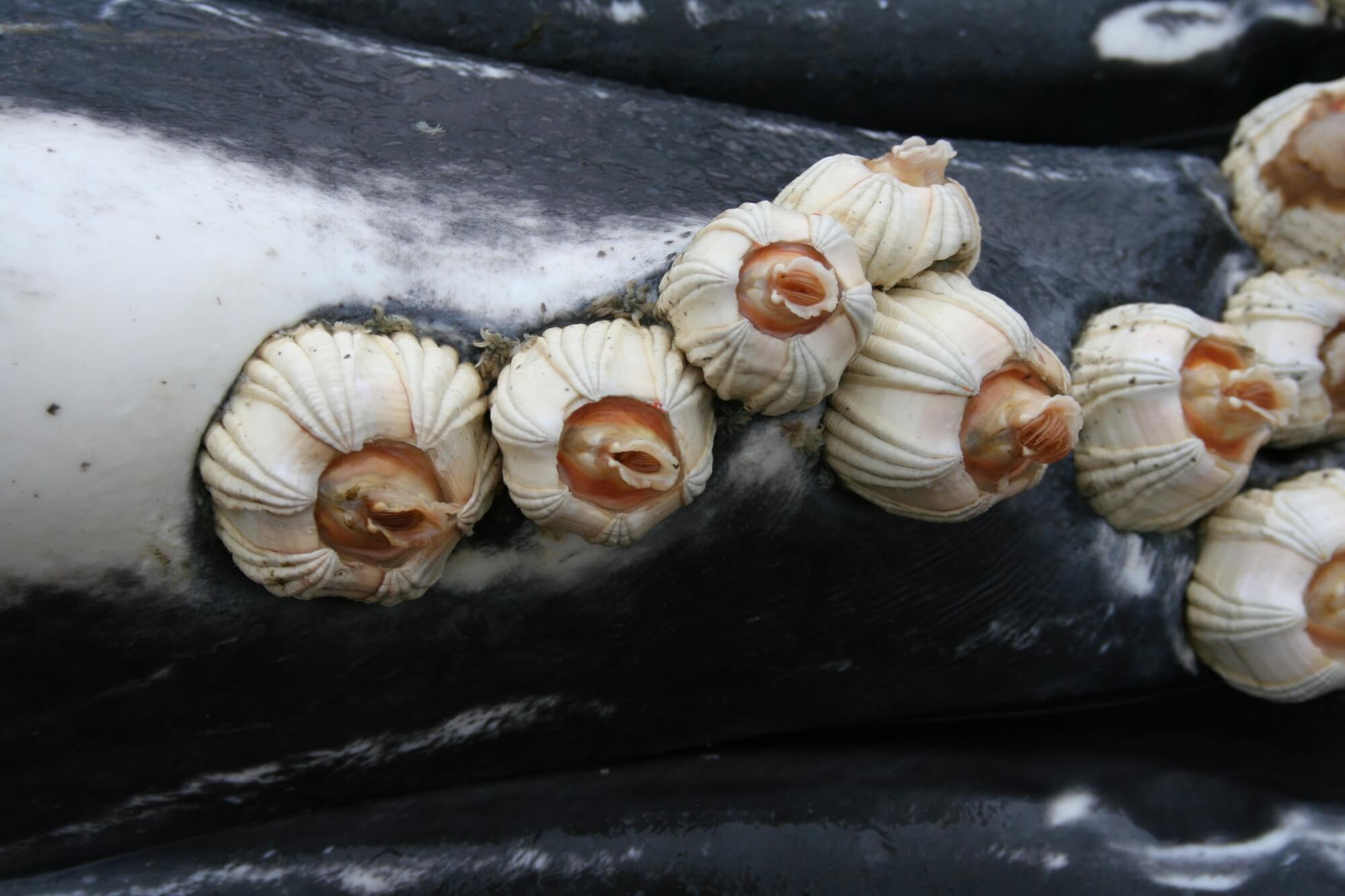 Barnacles have a shell made up of six limestone plates, which form over time. The composition of these plates depends on the region where they were formed. © NOAA 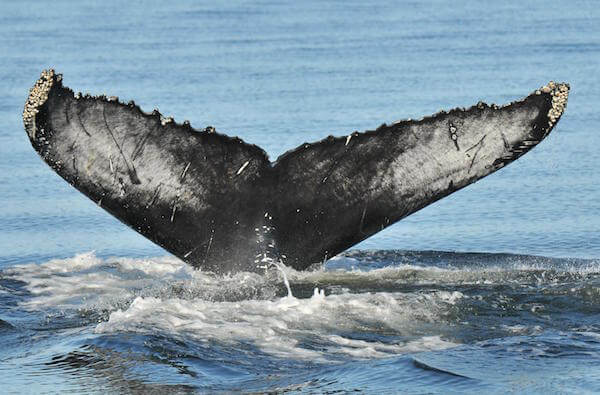 The humpback whale usually has more barnacles than other whale species. This abundance is explained by the fact that it is a species that moves slowly, which allows barnacles to attach to its skin with more ease. © GREMM

What is isotopic analysis?

Chemicals present in the ocean can take many forms, depending on the geographic area. For example, oxygen exists as 16O, 17O, and 18O; these variants are called isotopes. Since the barnacle builds the layers of its shell by absorbing calcium carbonate dissolved in the seawater, each one presents isotopic characteristics that are specific to the place where it was formed. Thus, by analyzing its composition, one can determine the approximate path of the barnacle and, by extension, that of the whale that carried it there.

Migrating in the Pleistocene Epoch

In order to determine whether historic whale populations carried out marathon migrations, and at the same time to identify the root causes of their gigantism, researchers used this method on the plates of fossilized barnacles dating back to the Pleistocene Epoch, some 250,000 years ago. The results were conclusive: the barnacles studied had frequented areas with very different isotopic characteristics over the course of their lifetime! It was thus concluded that the humpback whales that served as their hosts also travelled great distances.

This discovery represents a major breakthrough in the evolutionary study of gigantism in whales!