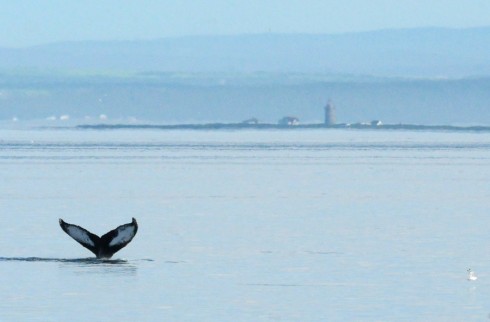 An agreement has been signed between the US Navy and environmental groups to limit military activities that are harmful to whales in risk areas, particularly in southern California and near the Hawaiian Islands, where several endangered species are found. Sued for the irreparable injuries that the use of sonar and explosives causes to cetaceans, the US Navy has acknowledged that it could have conducted military exercises without compromising the survival of whales and other marine mammals.

A 2013 report announced the performance of important military exercises planned for 2014-2019. These exercises were scheduled to take place off the eastern US seaboard, in the Gulf of Mexico, southern California and around the Hawaiian Islands. All of these areas are frequented by endangered whales. In response to this announcement, lawsuits were filed by the Natural Resources Defense Council (NRDC) and Earthjustice, as these activities violate the Endangered Species Act and the Marine Mammal Protection Act. These research groups point to scientific studies revealing the correlation between four mass strandings since 2000 and military exercises held in the same area. These whales are believed to have become beached after being disoriented by sonar noise. Whales are dependent on their hearing to survive. As sound travels five times faster in water than in air, the noise generated by military practices such as explosives and sonar can disrupt feeding, navigation and communication. For example, one study demonstrated that the use of sonar interfered with the feeding behaviour of the blue whale, an endangered species. At close range, these noises can cause loss of hearing and even death to these animals. Additionally, a number of whales are killed or seriously injured every year due to collisions with ships. The NRDC argues that it is possible to carry out these military exercises without compromising the survival of whales and other marine mammals.

On September 14, 2015, the Navy conceded that it could modify these activities while ensuring national security and stated that it would work with fisheries to identify risk areas, including southern California and the Hawaiian Archipelago. A settlement was signed by a judge of the Federal Court in Honolulu, Hawaii. The decision, which has been made public, now prohibits:
• the use of sonar west of California, between the islands of Santa Catalina and San Nicolas, an area frequented by beaked whales;
• the use of sonar near San Diego, California, feeding ground for blue whales;
• sonar and blasting exercises east of the Big Island, Hawaii;
• a portion of the major exercises between Maui and the Big Island, Hawaii.

Moreover, injury or death of any cetacean will have to be studied by the National Marine Fisheries Service.

According to environmental groups, this is a victory after a debate that had lasted over a decade. They are hopeful that mortalities will be reduced for those animals already threatened by pollution, shipping and climate change.