Under the Bellies of Cetaceans, Under the Fur of Seals 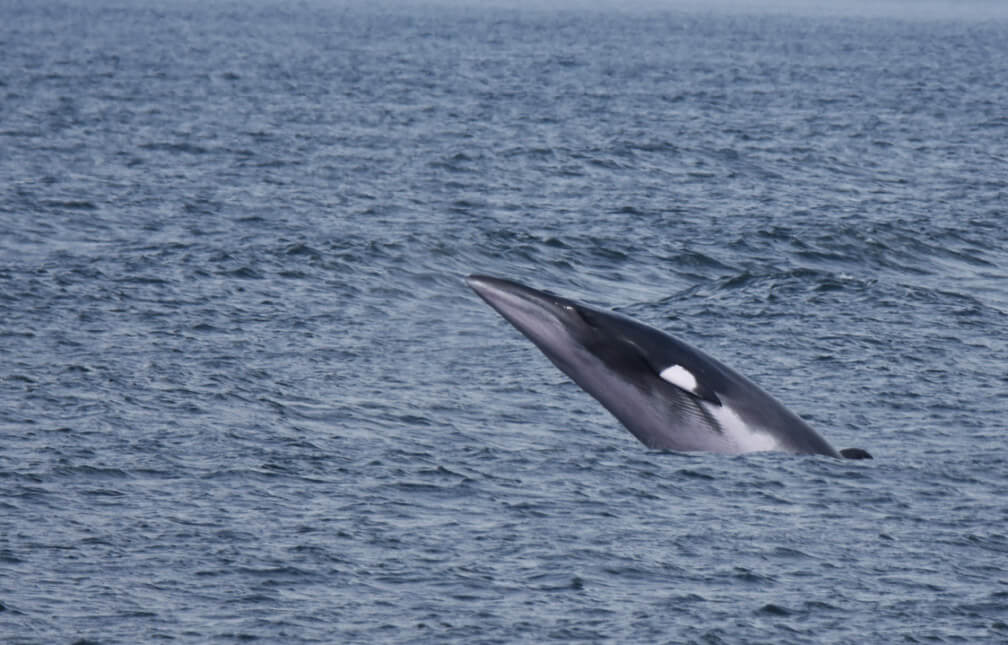 On April 15, a seasonal resident of Pointe-des-Monts takes advantage of the mild weather in April to open his chalet earlier than usual. This gives him the opportunity to enjoy views of two passing minke whales. The two animals work hard to navigate through the waves swollen by the nordet, a cold, northeasterly wind. Highly agile, minke whales can even swim sideways. These rather acrobatic cetaceans can perform successive breaches (sometimes by the dozen!) for minutes on end.

When viewed from above or when minke whales jump out of the water, one can admire the white patch on each of their pectoral fins. No other species that frequents the St. Lawrence sports such an “armband”. The pectoral fins are not used for propulsion, but rather to stabilize themselves in their manoeuvres.

Measuring between 6 and 8 metres long, minke whales are also quite robust, with a less tapered shape than that of fin whales. On April 21, in the Mingan region, a minke whale wows observers with its 30 cm high dorsal fin. Under its belly, the minke whale observed near Les Bergeronnes that same day has 50 to 70 ventral grooves that cover up to 47% of its body length. These grooves allow it to expand its throat like an accordion as it engulfs its prey together with a gush of water, after which it spits out the water through its baleen, leaving only the fish or krill behind.

The belugas seen in Cap-aux-Oies, Saint-Irénée, Rimouski, L’Anse-de-Roche or Les Escoumins do not have ventral grooves. These cetaceans hunt their prey one by one. They suck up fish, invertebrates, and molluscs, trap them with their teeth and swallow them whole.

Spring has sprung... time for a new coat!

On April 15, a harp seal basks on the beach in Cloridorme. Its coat has several holes, a sign that it’s moulting. Every year, seals renew their fur. Most seal species need to be out of the water in order to moult. Moulting requires increased blood flow to the skin surface. However, this process causes the seal to lose heat more quickly. Therefore, if it stays out of the water, the seal can better retain its body heat, especially on a warm sunny day. This is possibly what is driving many seals out of the water near Notre-Dame-du-Portage these days. In Petit-Gaspé, the haulout contains up to 200 harbour seals that take advantage of the fish-laden waters before climbing onto the rocks. 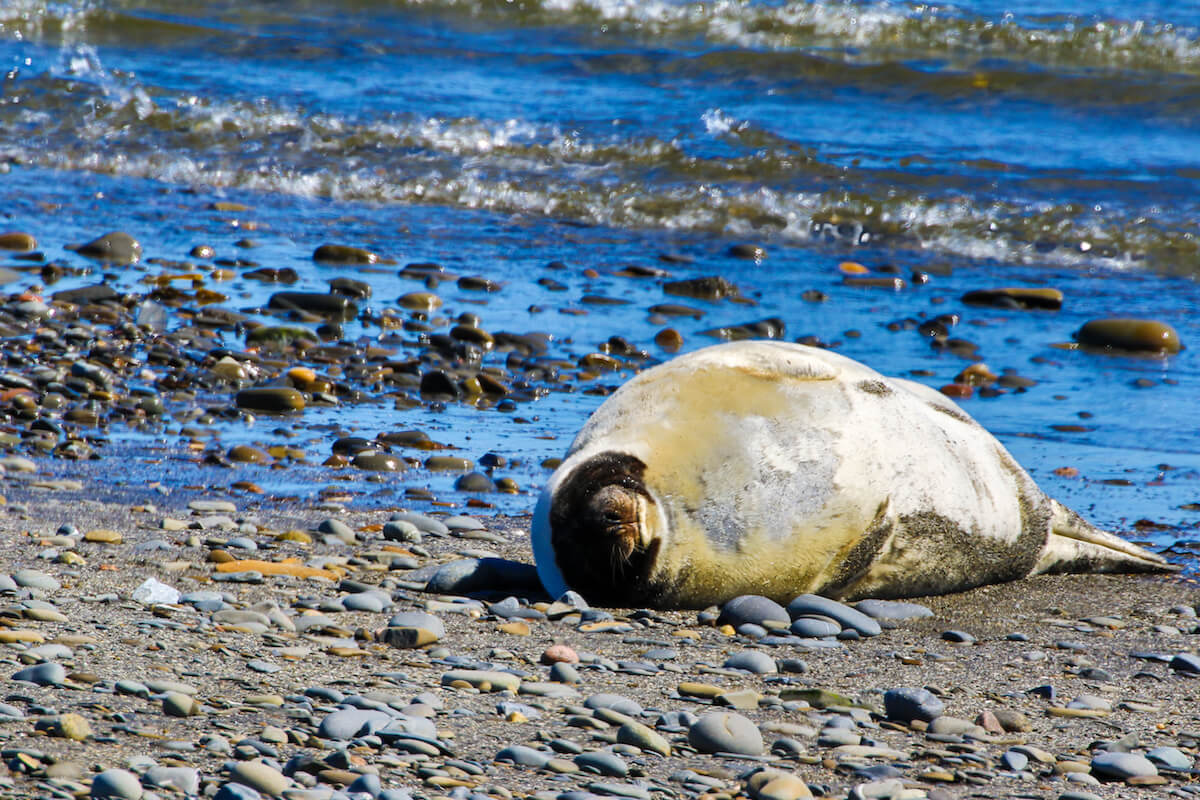 The moulting period is very demanding in terms of energy. Seals therefore need to be out of the water for two reasons: to retain their body heat and to enjoy the deepest sleep possible. In spring, it is therefore essential to maintain the greatest distance possible from seals resting on shore in order to avoid frightening them.

Highly active seals have also been seen “porpoising”. Porpoising is a very dynamic swimming style in which a good part of the body is propelled out of the water. One observer was able to film this astonishing feat at Notre-Dame-du-Portage.