Stopping the flow of plastics into the ocean 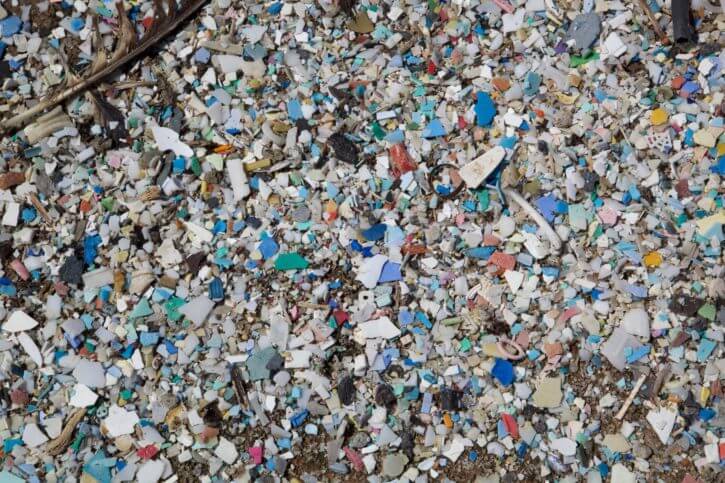 Last week, the European Commission unveiled its strategy for reducing the amount of plastic waste landfilled and discharged into the sea. Its goal is for all packaging to be reusable or recyclable by 2030. The Commission announced a $350 million investment in research to raise awareness in Europe and modernize the production and collection of plastics. This  strategy will result in a new legislative proposal by the end of the year, promises Frans Timmermans, First Vice President of the EU Commission. This is good news for marine mammals, whose habitat is increasingly invaded by this waste. What about Canada? What are our governments doing about plastic waste and what can we do as citizens to reduce the amount of plastic that ends up in the ocean?

Plastic production boomed after the Second World War. Plastics are all around us: in packaging (such as plastic bottles), consumer goods, building materials, cars and clothing (yes, polyester is plastic). About 35% of the plastic manufactured is for packaging purposes – this is called single-use plastic, which takes just a few seconds to produce, is used for a few minutes, and takes between 100 and 1,000 years to decompose. Over 9.1 billion tonnes of plastic have been produced since 1950. In a study published last July, researchers calculated that, of these 9.1 billion tonnes produced, nearly 7 billion tonnes are no longer used. Only 9% was recycled and 12% was incinerated, leaving 5.5 billion tonnes of plastic waste on land and in our waters.

More plastic than fish in the ocean

Up to 12 million tonnes of plastic wind up in the ocean every year and this quantity could increase by 2025 if nothing is done to improve our waste management practices, say researchers in a study published in 2015 in the journal Science. Approximately 51 trillion plastic microparticles have also made their way to the ocean.  If the trend continues, by 2050, there will be more plastic than fish in the ocean (in mass units), estimates the World Economic Forum in a report published in 2016. The consequences for marine life are many and are far-reaching. A recent UN campaign (#CleanSeas) reminds us of some worrying facts: plastic waste is harmful to over 600 marine species (including several species of whales) and 15% of marine species that ingest or get entangled in plastic waste are vulnerable. On December 8, 2017, nearly 200 countries signed a UN resolution to end plastic waste in oceans. Although this resolution is not legally binding, it constitutes an important first step.

Canada and its municipalities hard at work

Since January 1, it is prohibited to manufacture or import into Canada toiletries containing plastic microbeads and the sale of such products will be prohibited beginning July 1.

Several Quebec municipalities have banned single-use plastic bags. Notably, since January 1, retailers in the City of Montréal are no longer allowed to offer consumers lightweight (less than 50 microns thick) or biodegradable (regardless of their thickness) plastic bags.

“If you tell your children that it takes five seconds to produce a plastic straw, how long will they use it? Five minutes, maybe ten? But if you explain to them that it takes 500 years to decompose once it’s thrown away, they will no longer want to use it.” – Frans Timmermans, First Vice President of the EU Commission

But what about disposable plastic dishes, cutlery and bottles (still widely used) and plastic packaging for food and consumer goods (not always recyclable), not to mention synthetic fabrics, which release more than 1900 microplastic fibres every time they’re washed?

What can the average citizen do?

People can change their habits. “If you tell your children that it takes five seconds to produce a plastic straw, how long will they use it? Five minutes, maybe ten? But if you explain to them that it takes 500 years to decompose once it’s thrown away, they will no longer want to use it,” argued Frans Timmermans at a press conference in Strasbourg last week.

Set an example. Use reusable containers for your lunch, coffee, and drinking water. Bring reusable bags with you when you’re out shopping. Refuse non-recyclable packaging and contact your municipality to learn more about good recycling practices.

For more examples of little things we can do to substantially reduce the amount of plastic we send to the ocean: