Start of 2018 season on the St. Lawrence: a beautiful transition! 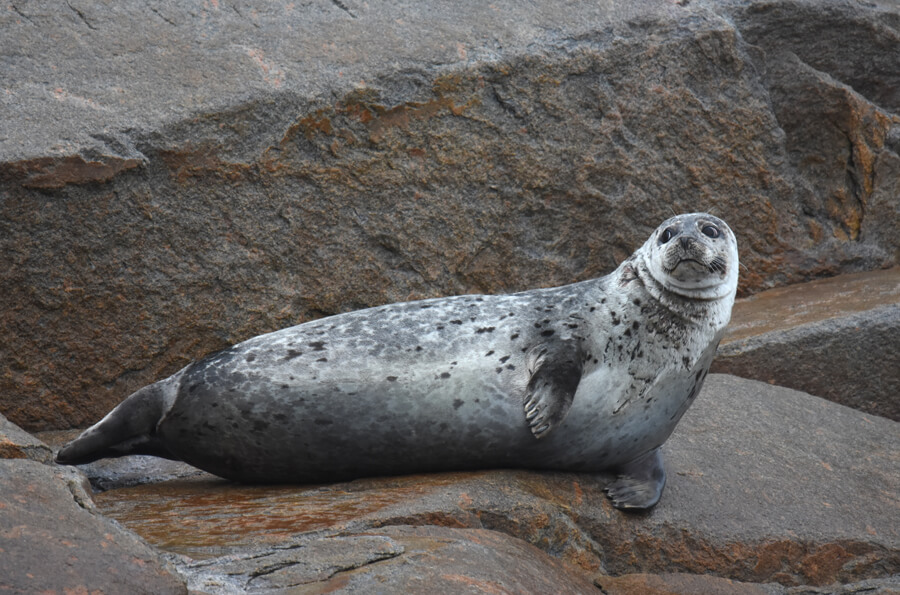 To rest, harbour seals settle out of the water. © Renaud Pintiaux

Whale-watching cruises in the Tadoussac region resumed on April 27. After six months on land, what a joy it is to be back out on the St. Lawrence, with its wind, waves, seabirds and whales…

Admittedly, as for the latter, things are still quite calm.

Early sightings include a few herds of belugas encountered in the mouth of the Saguenay and between Tadoussac and Les Bergeronnes (groups of females and young).

Some observers have been able to spot a fin whale off Tadoussac in recent days. Minke whales, on the other hand, are still keeping a low profile. But it’s still early in the season!

Twenty or so harbour seals have been observed regularly at the entrance to the Saguenay Fjord, laying on the rocks and enjoying periods of rest. Below are a few photos taken on May 2 that illustrate the diversity one finds in the coats of harbour seals.

Early May is an ideal time to observe seabirds and especially sea ducks of a wide variety of species! Some species have wintered in the area and will soon be returning to their breeding grounds (long-tailed duck, Barrow’s goldeneye, greater scaup, etc.). Other species use these waters as staging grounds on their spring migration, taking a short break before continuing on their journey (scoters, common eiders, brant, etc.).

We have also been observing a diversity of gulls during this transition period: birds that reside here year round (herring and great black-backed gull), birds that will soon be heading back north (Iceland and glaucous gulls), and birds arriving from the south with the warmer weather (ring-billed and the first Bonaparte’s gulls). Also noteworthy is the massive arrival of double-crested cormorants and razorbills (farther offshore).

The 2018 season on the water is just beginning. See you soon ! 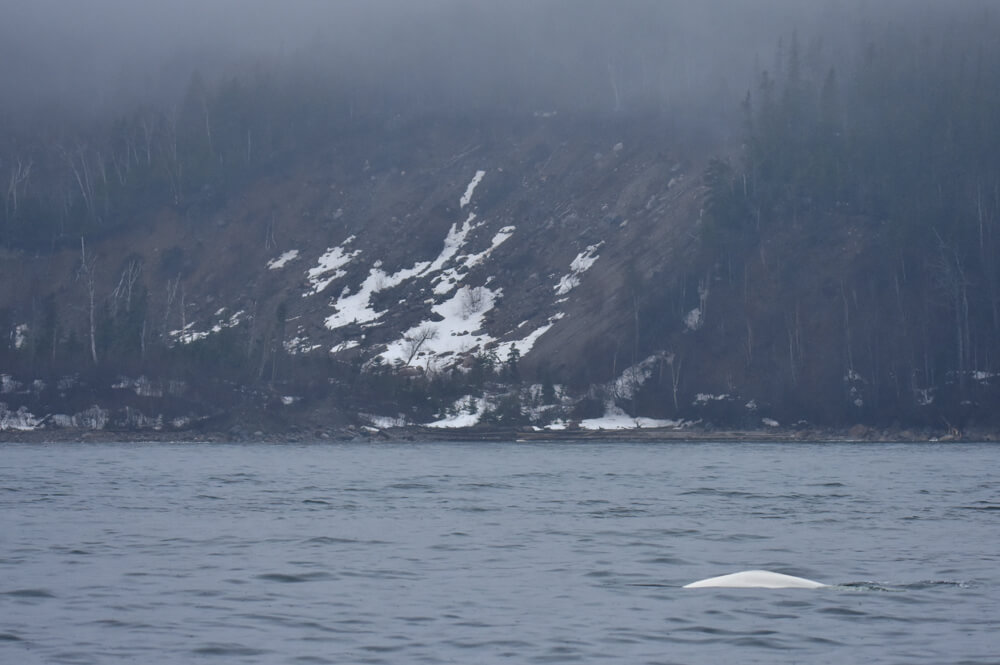 This photos encapsulates the mood here in early spring: a beluga against a still snowy backdrop; after all, we’re in a transition period, both on land and at “sea”!© Renaud Pintiaux 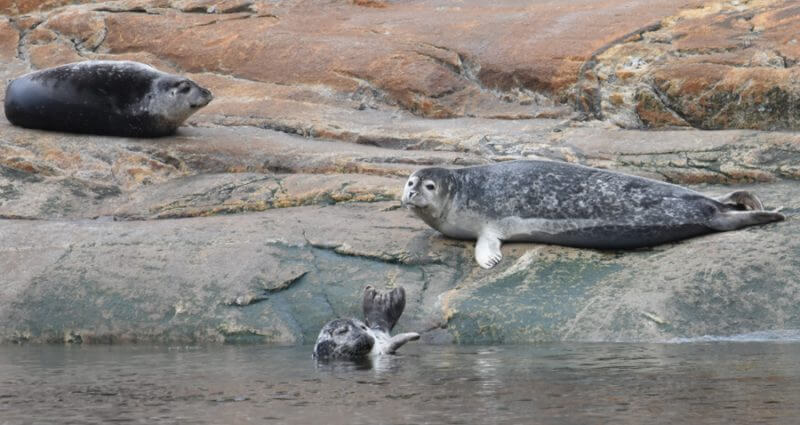 Harbour seals basking in a "haulout" in the Saguenay Fjord. © Renaud Pintiaux 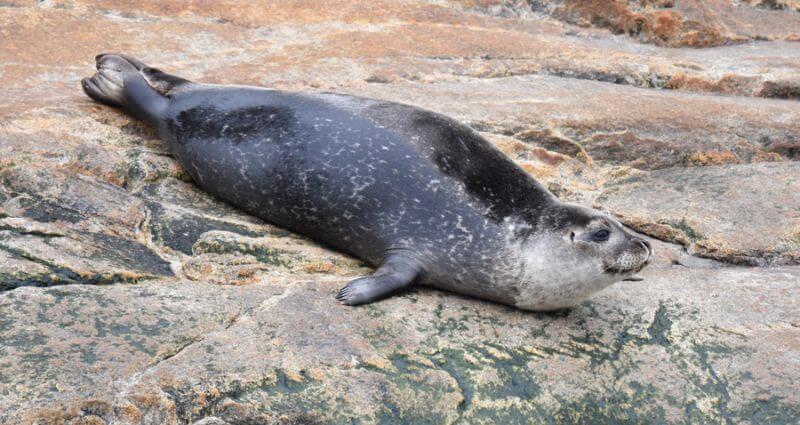 Harbour seals can be found in the St. Lawrence all year long. © Renaud Pintiaux 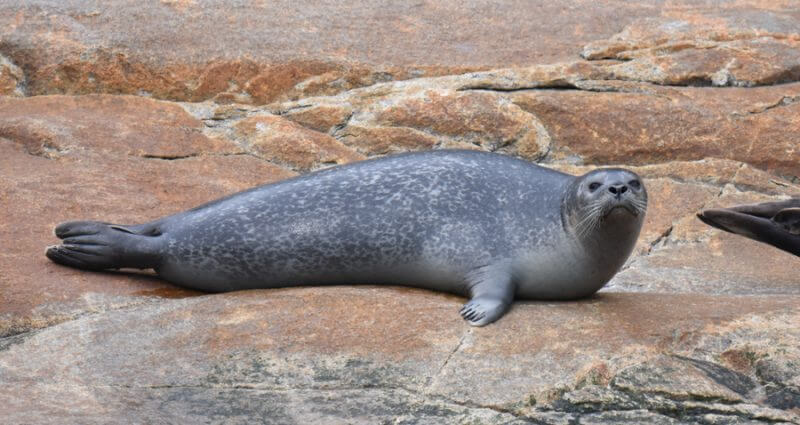 This species has an average life expectancy of 25 years for males and 35 years for females. © Renaud Pintiaux 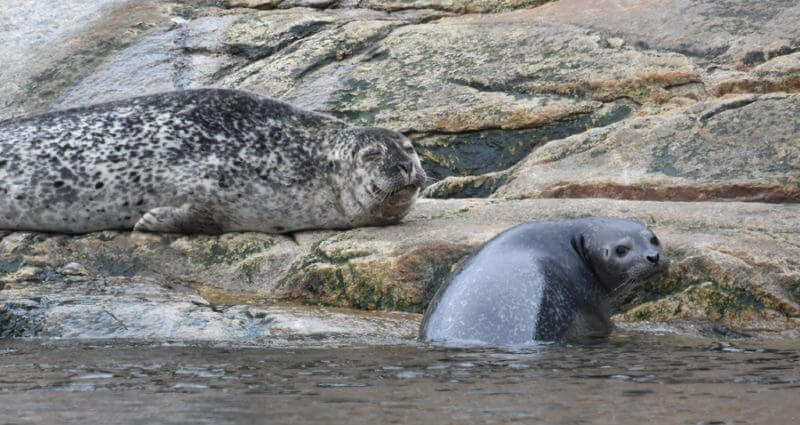 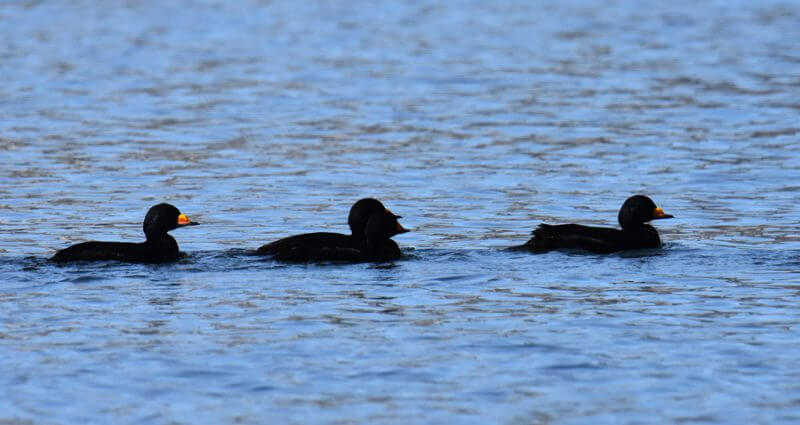 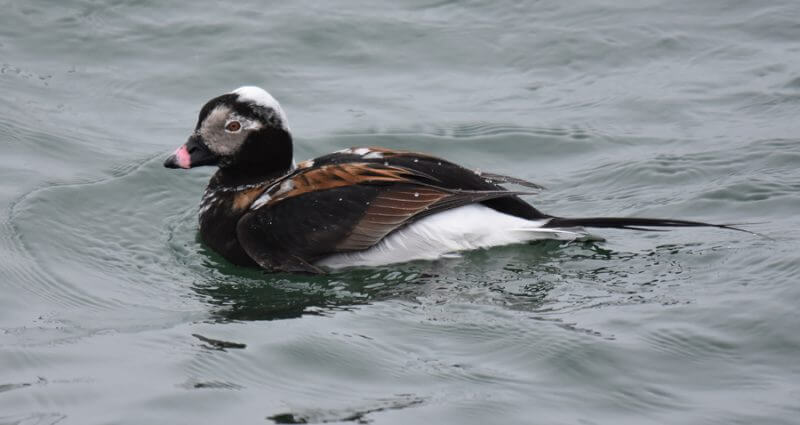 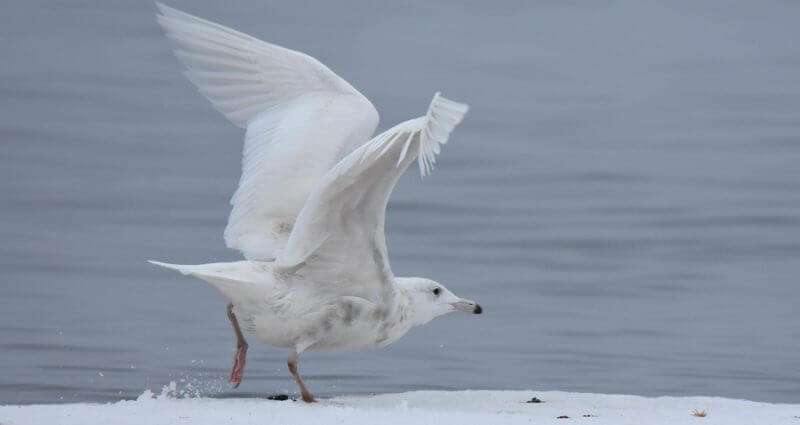 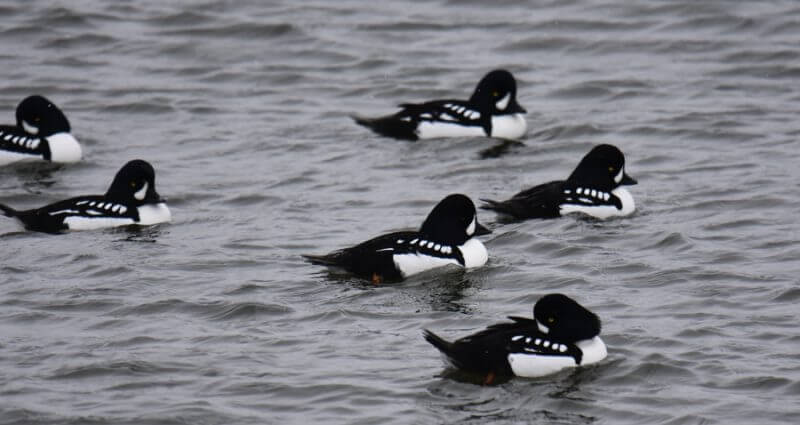