Species at Risk: Fin Whales on the Rebound, Concerns for Sei Whales and Sowerby’s Beaked Whales 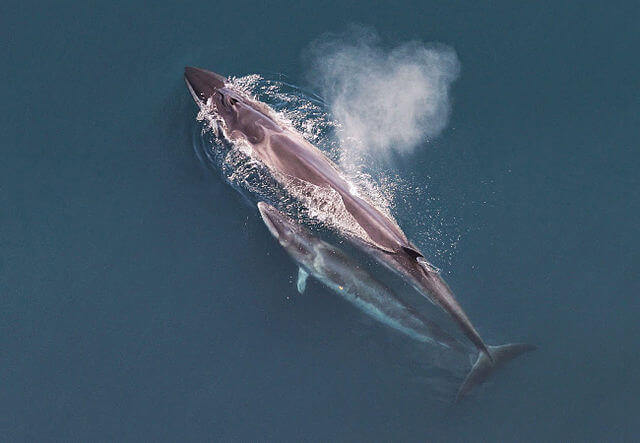 Sei whales, which are particularly vulnerable to underwater noise, are expected to be given endangered species status, as recommended by COSEWIC. © Christin Khan, NOAA

On May 6, the Committee on the Status of Endangered Wildlife in Canada (COSEWIC) convened in St. John’s, Newfoundland, to assess or reassess the status of three species or populations of whales: sei whales, fin whales and Sowerby’s beaked whales. The Committee finds that the main threats to whales are marine traffic and noise associated with human activities.

COSEWIC is made up of 43 independent scientists who are tasked with assessing the status of each species. Their recommendations will be forwarded next fall to the Minister of Environment and Climate Change Canada. If the latter accepts them, they will be added to the Species at Risk Public Registry, under the Species at Risk Act.

Sei whale: on the brink of extinction

COSEWIC recommends uplisting the whales in the Atlantic to “Endangered” on account of the low number of individuals observed. “Sei whales have become rare in Canadian waters since whaling ended in the 1970s. They have not been seen in the Pacific and only on a few occasions in the Atlantic,” points out Hal Whitehead, cetaceans expert and co-chair of the COSEWIC Marine Mammals Specialist Subcommittee. Currently, only the Pacific population is listed as endangered under the Species at Risk Act.

The sei whale is a cosmopolitan species whose range stretches from the waters of Labrador to the Azores and the west coast of Africa. The threats faced by the animal therefore vary depending on the location. In Newfoundland waters, the species is affected by underwater noise generated by seismic testing.

The second largest animal in the world, just after the blue whale, the fin whale is not in such a dire situation as is the sei whale. On the contrary, the Pacific population of fin whales seems to be faring better and better ever since whaling ended. COSEWIC is proposing to downlist the status of this population from “Threatened” to “Special Concern”. For the Atlantic population, the “Special Concern” status is maintained.

“We believe that fin whales are improving, but we are not yet prepared to say that they’re out of the woods,” explains Hal Whitehead. “They are still vulnerable to maritime traffic, particularly collisions with ships.”

Unlike rorquals, the Sowerby’s beaked whale was not hit hard by whaling. Although their numbers have been on the rise in the Atlantic in recent years, COSEWIC suggests maintaining its “Special Concern” status.

This precaution stems from its sensitivity to noise. Indeed, the Sowerby’s beaked whale finds its way around in the same way as bats: it uses sound to help it navigate and hunt. This technique is known as echolocation. Excessive underwater noise can compromise its ability to communicate, move, and eat.

Fortunately, Sowerby’s beaked whales off Nova Scotia seem to have found a refuge to escape noise in an underwater canyon known as the Gully, which has been a Marine Protected Area since 2004. Hal Whitehead believes that: “This is an indication that Marine Protected Areas work. These sanctuaries provide a glimmer of hope for all these species, and should be expanded to international waters.”