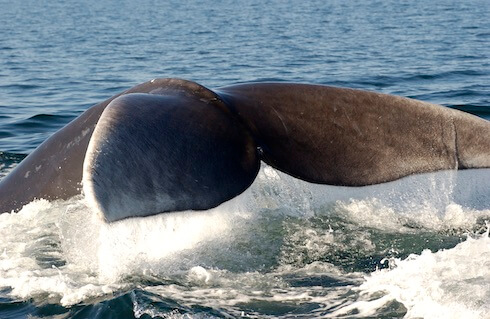 At least 15 right whale sightings were made in the Gulf of St. Lawrence during the week of November 17, according to air census data. For the time being, the reduced speed limit of 10 knots is therefore being maintained. Put into place last August, this measure aims to reduce the risk of fatal collisions between right whales and ships following an unprecedented surge in mortalities for this species in the Gulf of St. Lawrence.

The search for new protective measures continues, this time well before the start of next summer. A day of discussions was organized by Fisheries and Oceans Canada on November 9 in Moncton, New Brunswick. Gathered around the table were fisheries organizations, members of the shipping, cruise and ferry industries, Aboriginal communities, right whale experts and scientists, as well as representatives of the US National Oceanic and Atmospheric Administration ( NOAA). 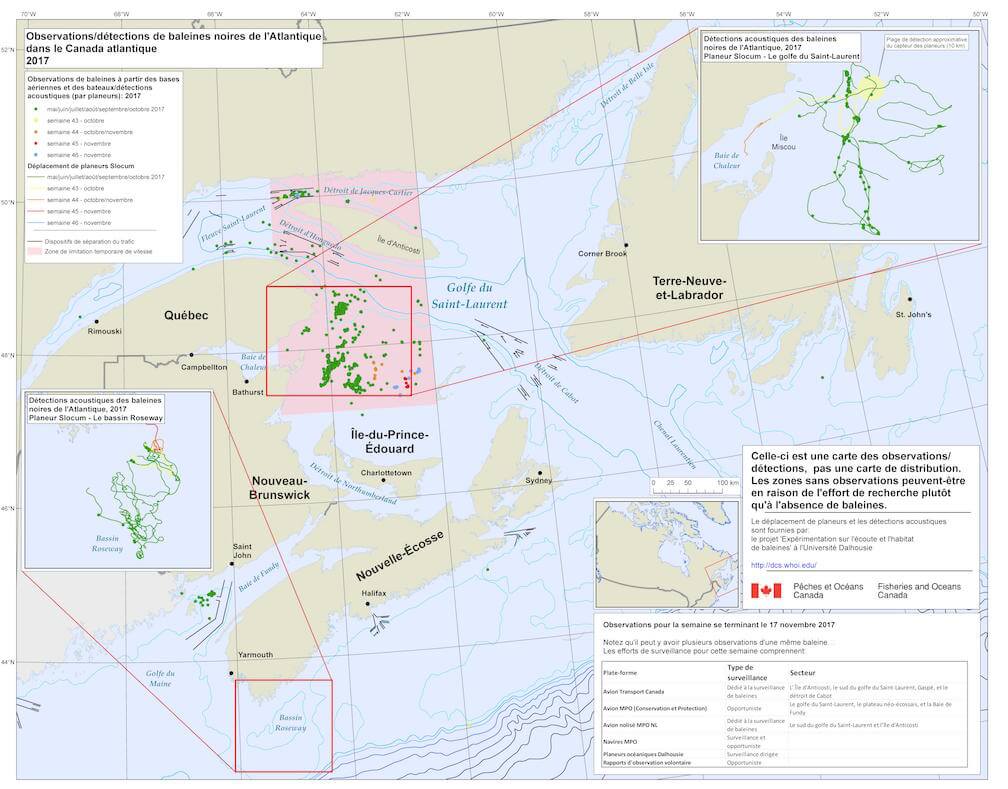 This map shows the right whale sightings since May. © Fisheries and Oceans Canada

Following these discussions, solutions that the Canadian government is considering include modifications to fishing gear to reduce the risk of entanglements, better management of material to reduce fishing gear losses, harmonizing fishing season dates with those periods when right whales are most present, increased whale observation and detection efforts to better communicate information to vessels and fishermen, and reduced speed limits in certain zones, all while closely cooperating with the various stakeholders.

Fishermen’s associations continue to affirm their support for the protection measures. The snow crab fishery has a “sustainable” certification, but the international environmental certification agency SAI Global reported in October that it will reassess the status of this fishery in light of the mortality event. This certification is sought by consumers, and the removal of this label could cause significant losses for fishermen and the industry.

Elsewhere in the Media

Changes can be made right now to save right whales, says fisherman (CBC, November 8, 2017)