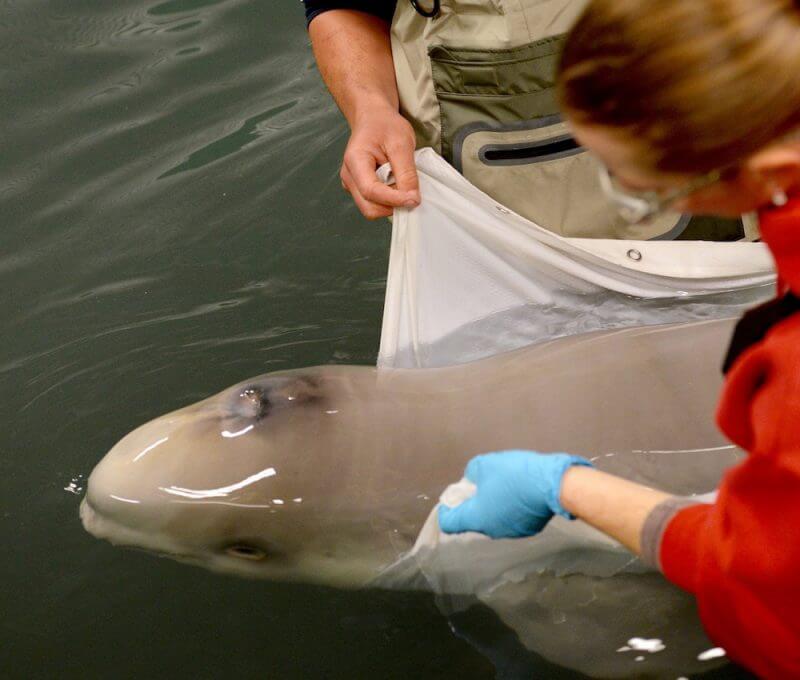 It measures just 162 cm and weighs a mere 64.5 kg. A newborn beluga just two to four weeks old was found on September 30 on the beach near Trading Bay in western Cook Inlet, Alaska.

During an aerial survey, an officer from the National Oceanic and Atmospheric Administration (NOAA) spotted the beached young beluga and observed no adults in the bay. An unsuccessful attempt was made to return the animal to sea. The beluga was then transported to the Alaska SeaLife Center in Seward, the only centre authorized to accommodate marine mammals for rehabilitation and care. Since then, it has been receiving care alongside the centre’s five other “patients”: two harbour seals, two sea otters and a newborn walrus.

“The calf appeared to have been stranded for several hours and was in a weakened condition; without evidence of major physical trauma. He is able to swim on his own and is breathing regularly, which are very positive signs. However, there are tremendous hurdles ahead. Because this animal is extremely young, there is a high risk of complications,” explained Dr. Carrie Goertz, director of animal health at the Alaska SeaLife Center.