If you find a beached marine mammal, regardless of whether it is dead or alive, contact the QMMERN at 1-877-722-5346. © Stéphane Pagès

It is quite unusual for a striped dolphin to be found anywhere in the St. Lawrence, to say the least. The citizen who found a carcass of this species on a beach in Maliotenam in the North Shore region had the good reflex to notify the Quebec Marine Mammal Emergency Response Network (QMMERN) on the evening of Wednesday, December 9. Thanks to his report, the Network is able to gather a little more information on this rare visitor to the St. Lawrence.

One of the Network’s volunteers travelled to the scene. He measured, tagged and sampled the carcass. Samples of different tissues have been sent to Fisheries and Oceans Canada for analysis.

Only two other striped dolphins have ever been reported to the QMMERN, namely in 2008 and 2013. The skeleton of the one discovered in 2013 can be observed at the Marine Mammal Interpretation Centre (CIMM) in Tadoussac.

Several hypotheses exist to explain its appearance in Quebec’s Côte-Nord region, though none of them can be completely validated at this time. It may have strayed from its herd and taken its own path before reaching the St. Lawrence. It is also possible that it encountered and joined up with a group of one of the North Atlantic dolphins species, i.e. the white-beaked dolphin or the white-sided dolphin. 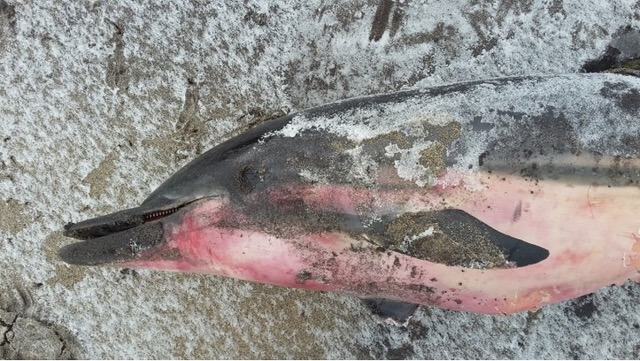 This species of dolphin usually lives in tropical waters that are considerably warmer than those of the St. Lawrence. It is possible that the dolphin suffered from the cold, as it is not particularly well adapted to low temperatures.

Interestingly, the carcass reveals that a bite was taken out of it by another animal. Was it after the cetacean had already died? Was it attacked by a predator while it was still swimming? The QMMERN is unable to answer this question.

Individuals of this species are notably found in the Mediterranean, where it is . Its diet consists of shrimp, squid and fish. It readily adapts to and varies its diet with the changing seasons. Individuals of this population differ in size from those that inhabit the temperate waters of the northeast Atlantic. Analysis of the carcass may help shed some light on where it came from. 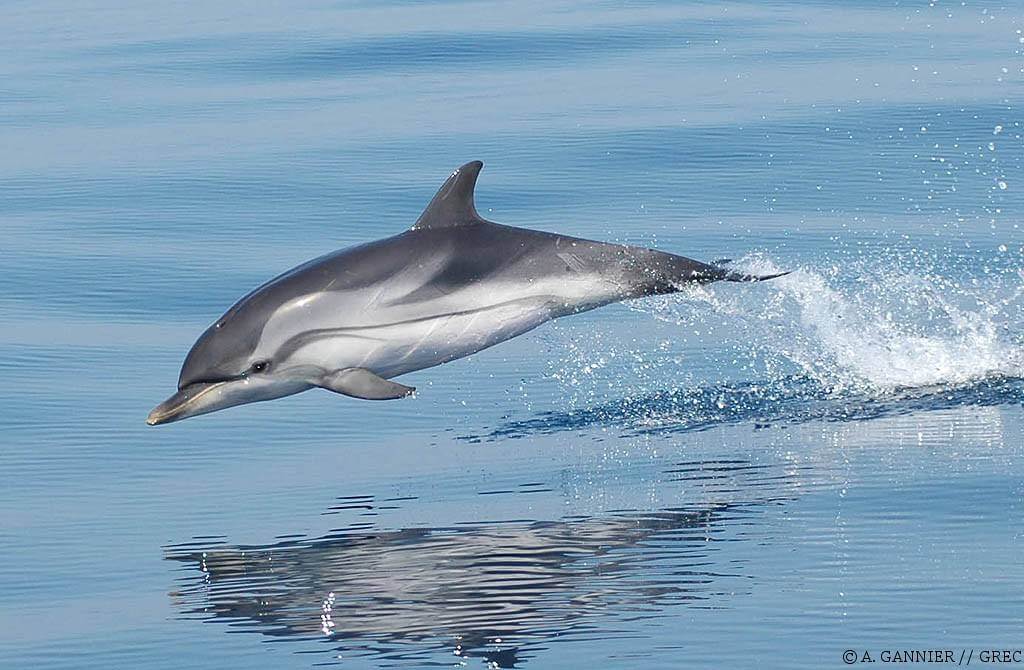