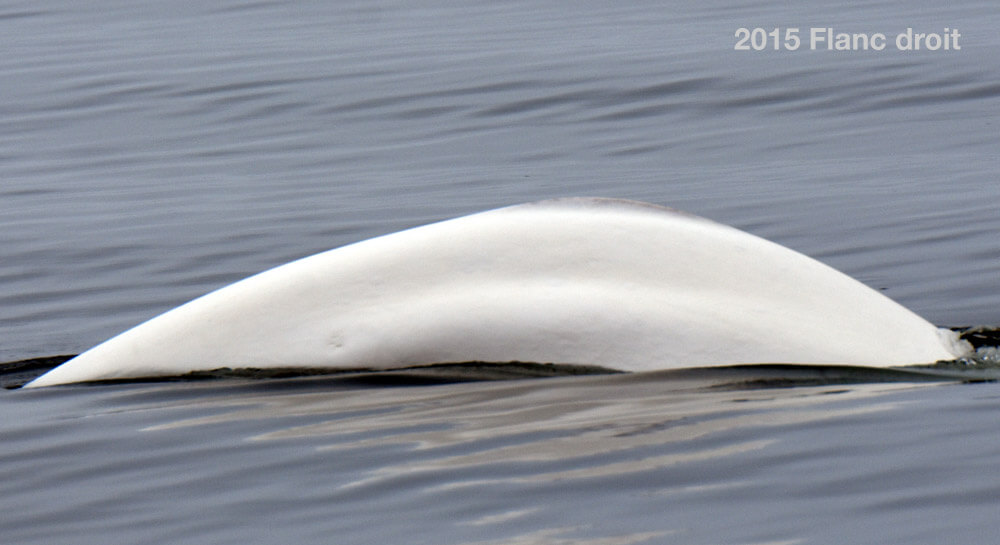 DL0553 is recognizable by a crescent-shaped scar on her right flank and small notches in her dorsal crest. 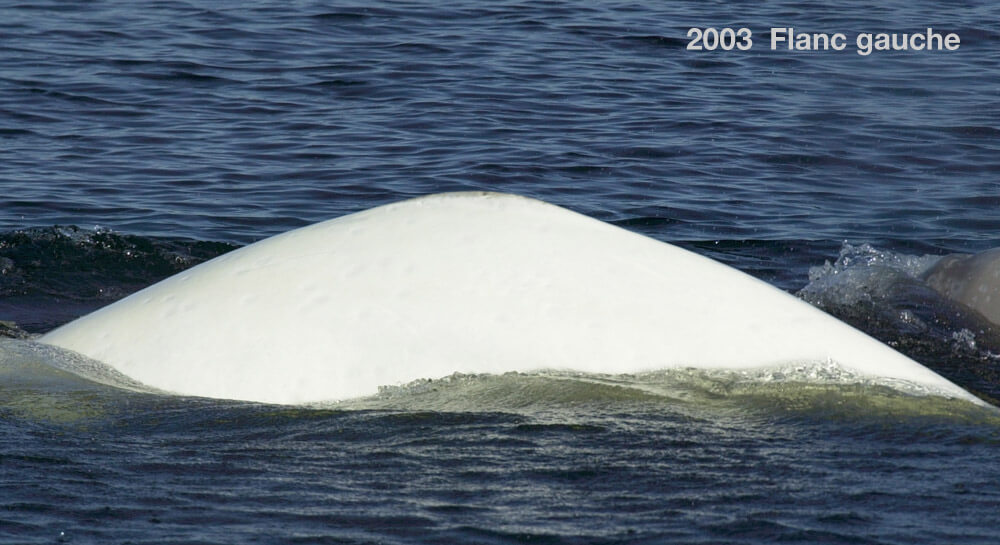 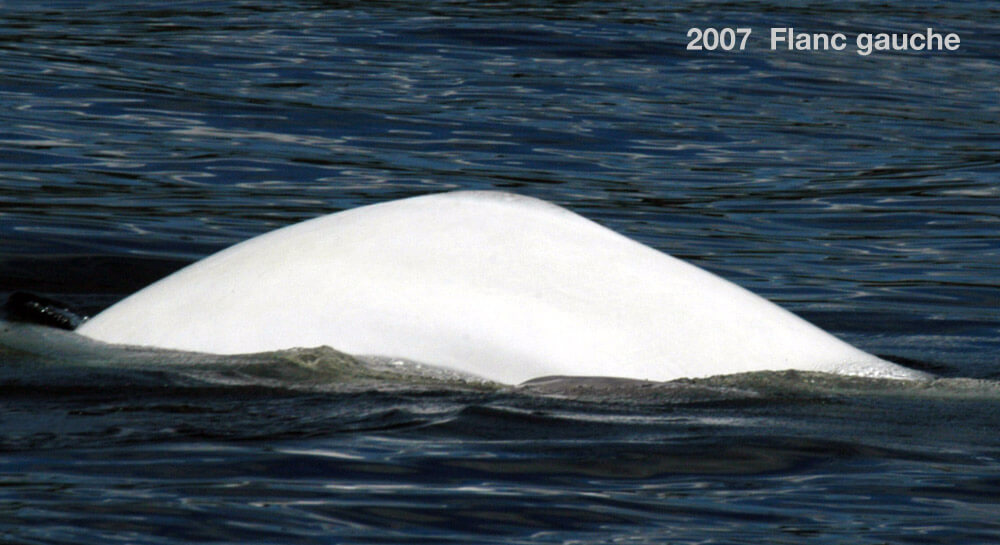 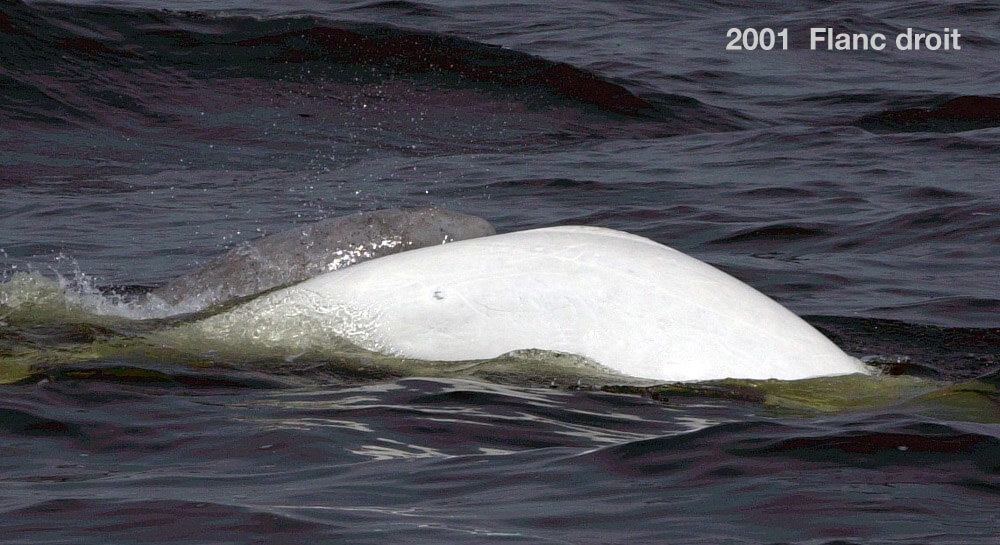 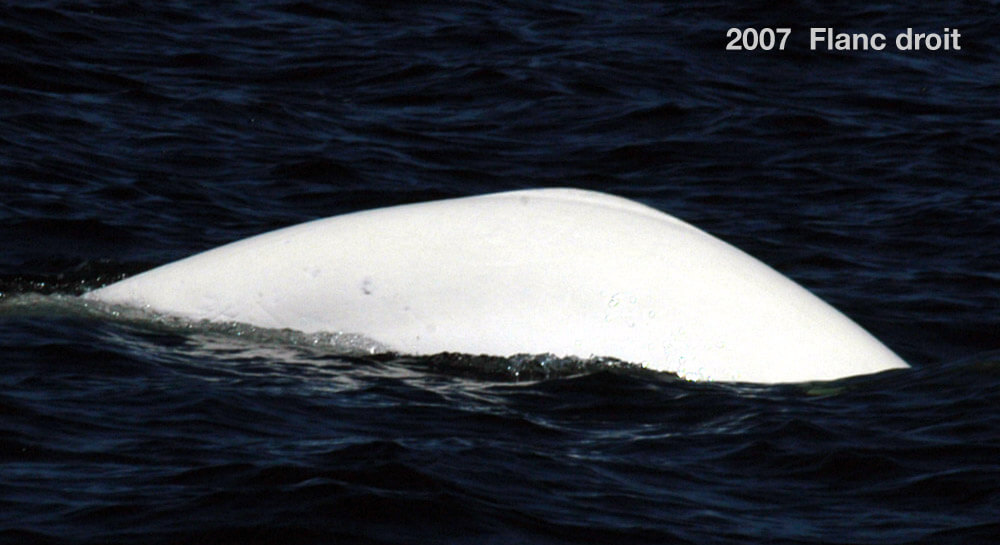 Her small size, habits and regular presence in herds comprising adults and young suggest that DL0553 is a female of the Saguenay community. In fact, in their summer range, females form large communities in which they care for newborns and young. These communities are associated with traditional territories. On July 25, 2001, a biopsy taken from her back confirms her sex: DL0553 is indeed a female.

DL0553’s companions include Or Blanc, Blanche and her daughter Marguerite. However, associations between females of the same community are generally not stable and can vary according to the females’ reproductive status (if they are pregnant, accompanied by young, or at rest).

How DL0553’s story unfolds will teach us volumes on the evolution of belugas’ social lives. By better understanding how belugas live, we will be able to better protect them.

I am contributing towards the adoption of this beluga for my boyfriend, who loves these creatures and dreams of diving with them one day. It is a Valentine’s gift which represents love for our world as well as each other. We are both passionate conservationists and want to preserve our precious oceans for future generations. He once bought me a toy beluga made of recycled plastic bottles and we named it Billy, so that is the name I propose for this beautiful whale.

Florian Wolff
I would like to propose the name “Anne” for DL0553. It is a beautiful name, which works both in English and in French. Me and my wife Anne were on a trip in Tadoussac this year, seeing the Belugas and it was a once-in-a-ilfetime experience. She is nearly the same age as DL0553. I do this donation as a gift for her. Best greetings