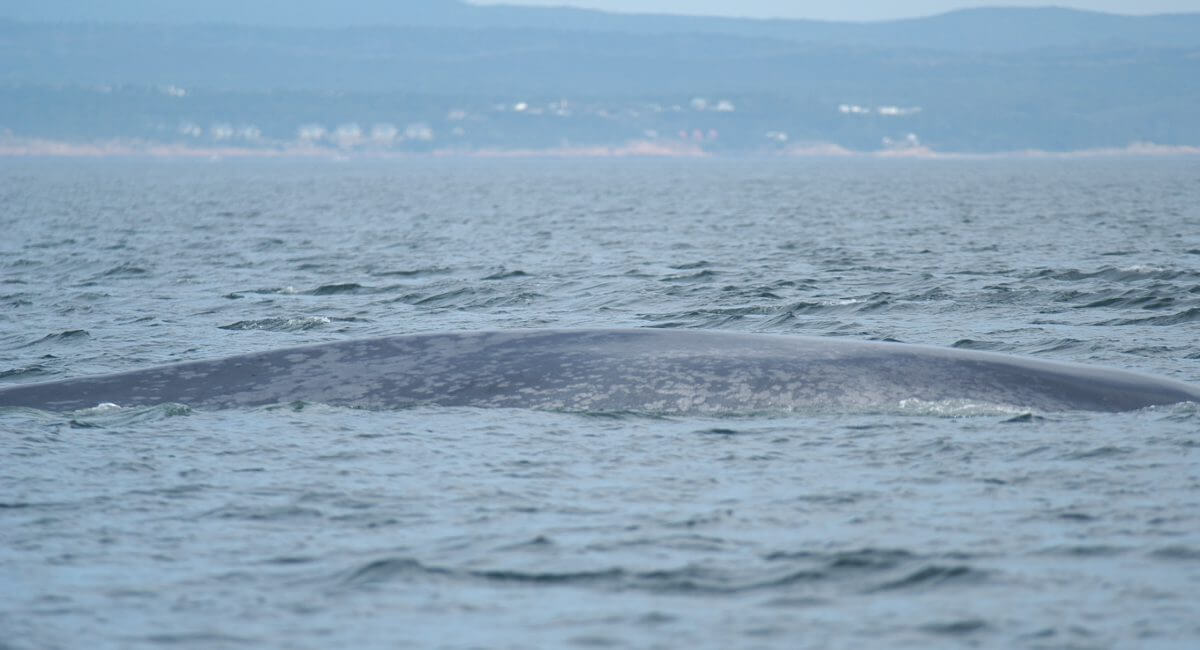 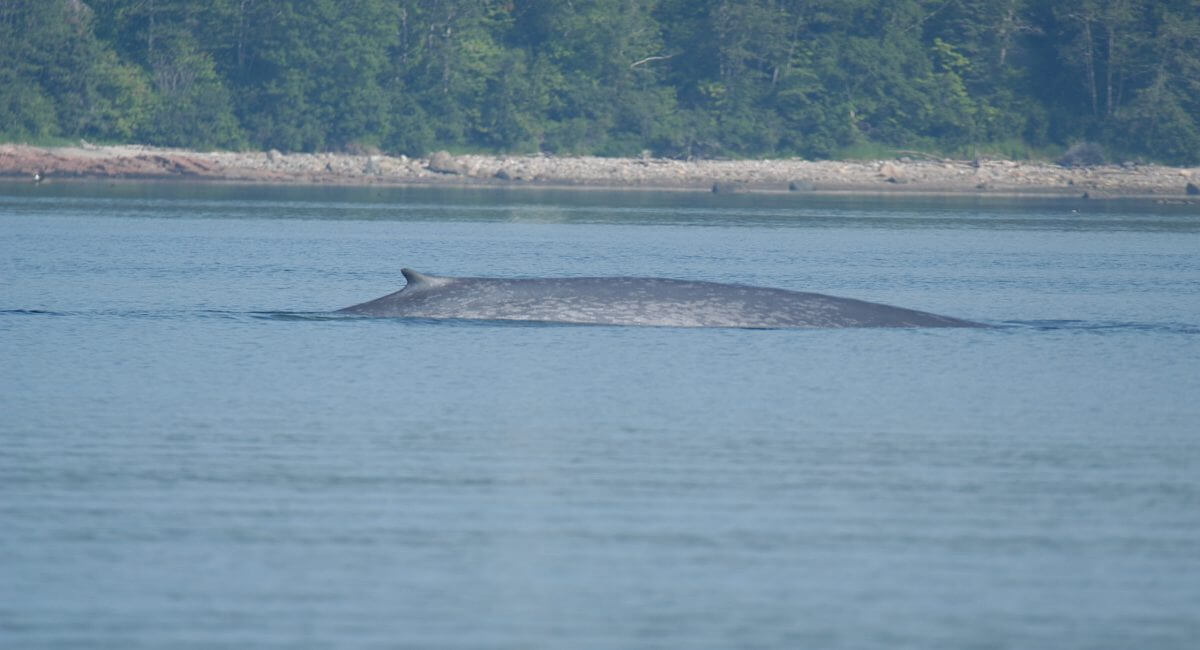 This female blue whale was observed in the area of Les Escoumins in late August; her behaviour and gestures at the time seemed to be imitated by a nearby fin whale. Her name refers to the two shadows or spots that she features on each of her sides. She shows her tail whenever she dives, offering further clues to identify her. A familiar face in the Estuary, Biombre (B268) has only been seen once in the Gulf, in 2000 off the coast of the Gaspé Peninsula.

In the 27 years that she has been known, Biombre has never been seen with a calf. This fact, which has been observed for the majority of females of the population, is a source of concern for MICS researchers, the research group that has been managing the blue whale catalogue for over 30 years. Observations of blue whale mother-calf pairs are rare in the St. Lawrence. Only 20 pairs have been seen in 32 years! A 21st pair may have been observed off the coast of the Gaspé this summer, but confirmation is pending due to the absence of photos. In comparison, in ten days of work over a three-year period, seven calves were identified by the MICS team in Icelandic waters. How do we explain this low rate of recruitment in the St. Lawrence? Mystery… Biopsies taken from St. Lawrence blue whales have revealed PCB levels which are much higher than those found in Iceland. These contaminants might have an impact on their reproductive success… Or the St. Lawrence may not be a suitable environment for females with young… Questions which remain unanswered for the time being.

When a mother-calf pair of blue whales is observed, researchers consider the situation to be an exceptional event and make an extra effort to document it. The same holds true for observations of sperm whales, right whales, killer whales and other rare cetaceans in our region. Should you happen to see any of these visitors, please promptly call 418-235-1999. You will be helping researchers gather invaluable scientific data, the details of which you will be able to read in Portrait de baleines or on Whales On Line!