Minke Whales, from the Arctic to the St. Lawrence to the Tropic of Cancer 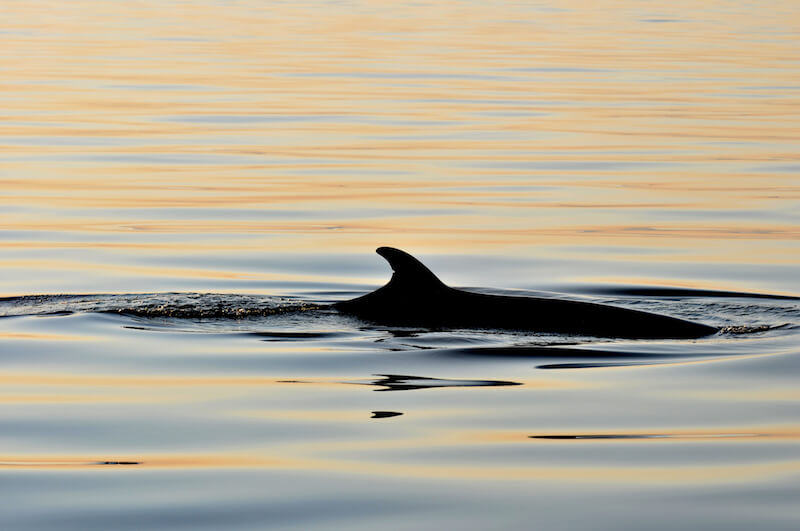 This past week, it has been mostly minke whales that have been observed. About fifteen of them have been at the mouth of the Saguenay. They surface with a loud crash, snatching up in a single gulp any shoaling fish in their path, including sand lance, capelin, and herring. Other times, krill is on their menu. Other predators are arriving to the area en masse: flocks of gulls and kittiwakes circle the skies above the tide rips where gray seals and harp seals are on the prowl. In the distance, the belugas’ backs glimmer in the sun’s rays and a few harbour porpoises emerge from the swell. A blue whale, three fin whales and a humpback ply the waters between Les Bergeronnes and Les Escoumins. Elsewhere in the St. Lawrence, minke whales share the waters with three humpbacks in Gaspé Bay, while in Sept-Îles, no minke whales are in sight, but harbour porpoises and three gray seals are spotted.

The St. Lawrence minke whale is an expert hunter in near-shore and shallow waters. They swim in circular, elliptical or hyperbolic paths to trap their prey while using currents, rock walls and sometimes even the hulls of boats.. They leap out of the water and land on their belly or side with great fanfare. Their manoeuvres are precise and chosen according to the location, the species being hunted and even the density of the school of prey.

Not only is this cetacean agile and fast, it also has high endurance. Its speed varies between 5 and 25 km/h, but it can accelerate up to 38 km/h. Studies have shown that a minke whale being chased by killer whales, if it manages to maintain a certain distance during the first half-hour of the hunt, has a very good chance of seeing its attackers abandon their pursuit. In today’s St. Lawrence, the killer whale is not very common, but documents from the 1940s suggest that they were much more abundant at the time. As can be seen in this archived document (in French), killer whale attacks on belugas and minke whales have been reported by researcher Vadim Vladykov..

It is in the polar seas that minke whales seem to engage most often in “spyhopping”, a reconnaissance-like behaviour on the water surface used to monitor their surroundings and especially to keep an eye out for the numerous killer whales in these waters.

The North Atlantic minke whale’s range extends from the tropics to the farthest extent of the Arctic ice. In summer, it even ventures into polynyas, ice-free areas surrounded by pack ice. Its winter range is less well known. A recent US acoustic study in which researchers installed hydrophones at about ten different sites across the North Atlantic has revealed a few details about their migration, especially in the Northwest Atlantic. In spring, on their northward journey to their feeding grounds, minke whales skirt the continental shelf while following the Gulf Stream – a warm current that travels up the Atlantic from Florida to southern Newfoundland. In the fall, they move farther offshore using a more direct route to quickly return to their wintering grounds and avoid swimming against the Gulf Stream. Additionally, it appears that the waters of the southeastern US and the Caribbean are breeding grounds for this species, which is still poorly understood in many respects.