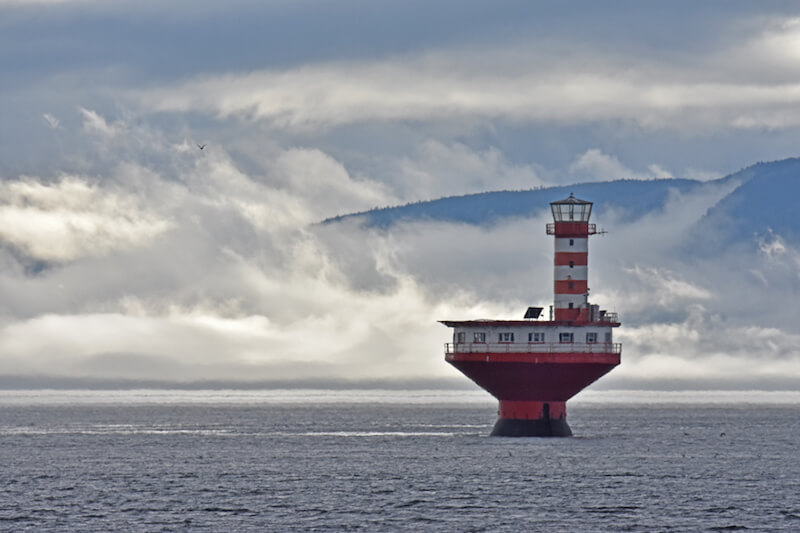 At first glance, the St. Lawrence in November appears to be devoid of life. Apart from merchant ships and ferries, few boats are still plying the waters here. But observers who brave the cold and pace the banks are surprised to discover a vibrant marine life!

On the morning of November 13, a collaborator takes a stroll through Forillon National Park. Her hike is well worth the effort! She notices seven humpbacks and a minke whale in Gaspé Bay between Grande-Grave and L’Anse-Saint-Georges. In the afternoon, another observer takes a break at the Cap Bon-Ami lookout, a site where he regularly stops to spot whales before heading out to sea in summer as a whale-watching guide. Just five minutes after his arrival and there he is, already admiring four minke whales and two humpbacks.

What are these whales doing in the St. Lawrence this time of year? Shouldn’t they have left for the waters of the North Atlantic? Whales’ departure is primarily linked to their hormonal system, which is regulated by changing climatic conditions. However, other factors also come into play, such as food availability or ice formation. Some individuals nevertheless extend their feeding season and remain in cold waters for the entire winter.

Strong winds and snow showers obscure the view of our Franquelin-based collaborator for a good part of the week. All the same, a few clearings allow her to spot several minke whales. In Sept-Îles, one of our collaborators observes harbour porpoises and six large rorquals near Baie Sainte-Marguerite on November 14. The day before, he also spotted two minke whales and four large spouts in the Brochu River area.

From atop the Tadoussac dunes, a birder conducting the migratory bird census notes the daily presence of minke whales and, occasionally, one or more large spouts in the distance. At the bottom of his promontory, the rocks exposed by the low tide host harbour seals. Offshore, herds of gray seals cross paths with groups of harp seals. They have come a long way from the Arctic waters where they spent the summer. Exhausted, they take advantage of the banks to rest. Gray seals are still enjoying the Estuary waters before heading to their winter breeding and calving grounds in the southern part of the Gulf of St Lawrence.

Lastly, at Cap de Bon-Désir in Les Bergeronnes, three fin whales are spotted on November 13. The next day in Les Escoumins, in a large herd of belugas, Le Survivant is recognized by Renaud Pintiaux. He was able to detect the characteristics of this male, as he worked for many years aboard GREMM’s research vessel Bleuvet, which is dedicated to the St. Lawrence beluga research program.