Making of Film Of Whales, the Moon and Men Designated Historic Event 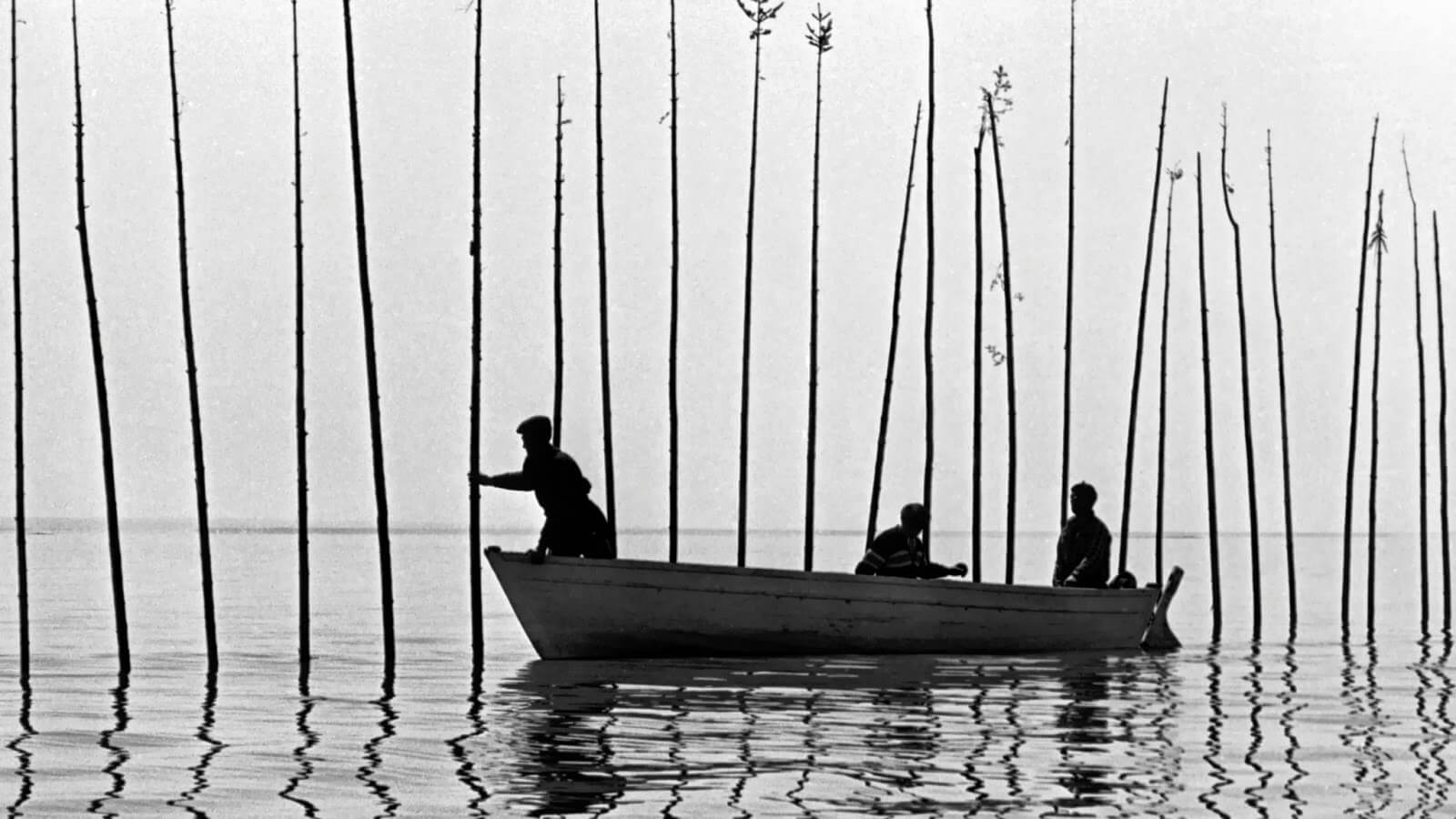 The making of the film Of Whales, the Moon and Men (1962) by Pierre Perrault, Michel Brault and Marcel Carrière was designated an “historic event” by the Government of Quebec earlier this month. Iconic work of direct cinema on a global scale, this film portrays an important chapter of the history of the St. Lawrence, the lives of the inhabitants of Isle aux Coudres and our relationship with a species once referred to as the “white porpoise”, that is to say the St. Lawrence beluga.

In this documentary, Isle aux Coudres residents, with their colourful French dialect, provide a glimpse into their way of life, their customs, their know-how and, especially, a practice that had been abandoned since the 1940s: traditional beluga hunting.

Beginning in the 18th century, beluga fishing (it was still being debated whether cetaceans were mammals or fish) was practised in a number of villages and regions of the St. Lawrence Estuary, including Isle aux Coudres, Baie-Saint-Paul, Kamouraska, Rivière-Ouelle and Rivière-du-Loup. The belugas were captured in weirs composed of thousands of saplings arranged in the shape of the letter B, with an opening in the middle. The belugas entered at high tide and remained captured when the tide went out, sometimes by the hundreds. This fishery produced leather of exceptional quality for the manufacture of boots and laces, as well as oil for the lubrication of guns and machinery. From a population of over 10,000 in the early 20th century, the St. Lawrence beluga population began to decline when hunting intensified in the 1920s. At the time, belugas were considered a nuisance for commercial fishing, as they were believed to devour cod and salmon. In the 1930s, the beluga was even the target of an extermination program, complete with bombings, bounties and rewards, initiated by the Quebec government. The program ended in the 1940s when the first studies on the St. Lawrence beluga demonstrated that the species did not feed on species of commercial interest, but rather on capelin, ­tomcod and invertebrates.

In 1962, residents of Isle aux Coudres, thanks to the know-how of the older generation, resurrected the traditional beluga hunt for a single season in an effort to safeguard the memory of this tradition. Islanders went on to catch just one beluga, which was sent to the New York Aquarium. Despite this meagre harvest, no one suspects that the St. Lawrence beluga is disappearing.

This adventure is captured by filmmakers who make use of innovative cinematographic techniques: hand-held camera, natural lighting, synchronous sound and a renewed relationship to the subject being filmed. According to the Quebec Ministry of Culture and Communications, “the production of this picture represents a pivotal moment in the history of Quebec documentary film and the emergence of a national cinema in Quebec,” and this documentary “continues to influence a number of artists”. Of Whales, the Moon and Men  is therefore deserving of the status of “historical event” thanks to its foundational character.

In addition to the role this film played in the development of Quebec cinema, the documentary also cast a spotlight on the St. Lawrence beluga, helping to raise awareness of this species both in Canada and internationally. For the rest of the world, it is the first feature film from Quebec or Canada presented in official competition at the Cannes Film Festival in 1963. It was also presented that same year at the Festival international du film de Montréal, and would go on to win “Best Film” at the Canadian Film Awards in 1964.

Before and since the production of this documentary, our relationship with the St. Lawrence beluga has changed, as has our perception of the hunting and captivity of cetaceans. “Our history with the beluga is punctuated with shadow and light,” underscores Robert Michaud, Scientific Director of the Group for Research and Education on Marine Mammals, “and this documentary illustrates this relationship beautifully.” Considered for centuries as game, later as a population to be exterminated, and ultimately as a species to be protected, these white whales now symbolize for many the struggle to protect the St. Lawrence. Despite the fact that hunting was banned in 1979, this population has been declining once again (since the early 2000s) and faces new threats of anthropogenic origin such as climate change, exposure to various pollutants, and shipping traffic. For a world in which belugas continue to thrive, there is a long hill to climb.

Of Whales, the Moon and Men can be viewed on the website of the National Film Board (NFB) of Canada.

Making of the documentary Of Whales, the Moon and Men (in French, Culture et Communications Québec)