My most faithful humpback 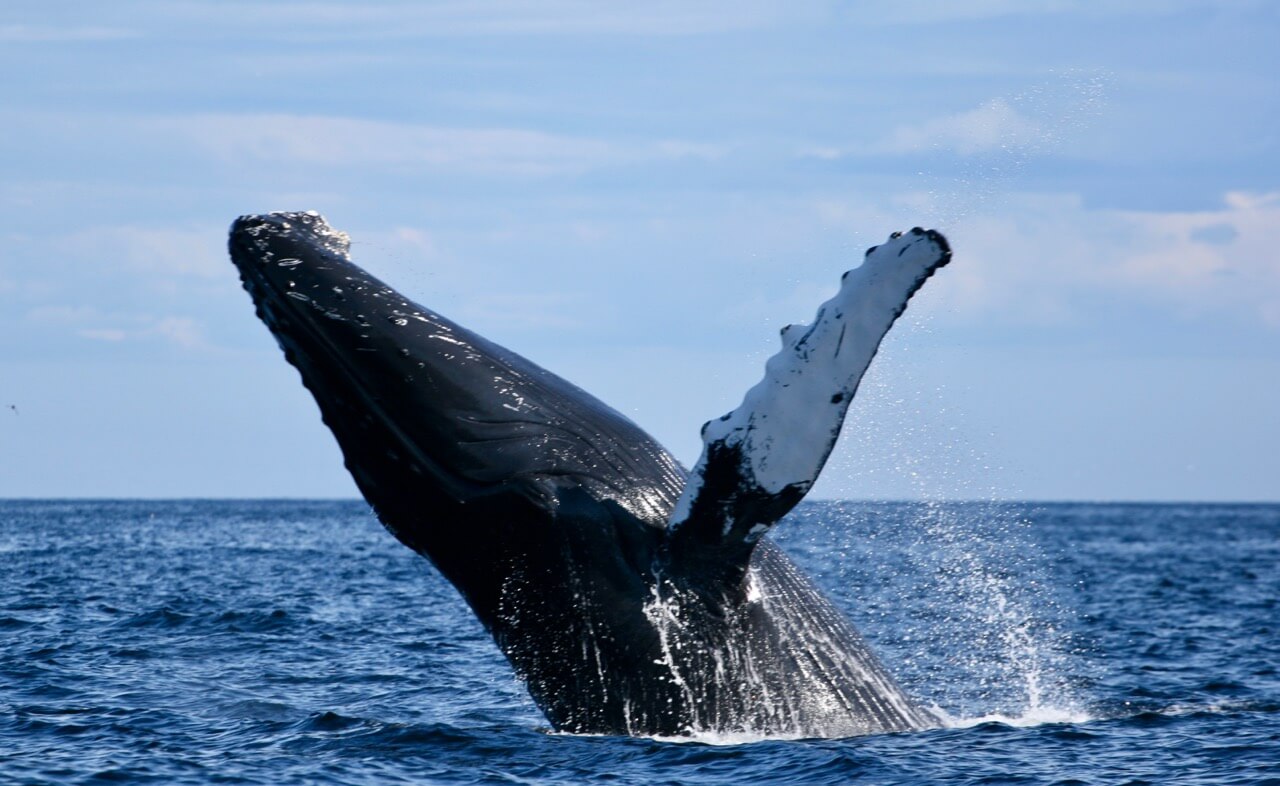 H626, also known as Gaspar, shot while jumping, in the bay of Gaspé. © René Roy

According to data provided by the Mingan Island Cetacean Study, the humpback whale H626 (MICS catalogue number) – known as Boom Boom River (BBR) in the Mingan and Gaspé sectors and Gaspar in the Estuary – is the daughter of H166 (Helmet) and was born in 2005. And there you have it for her genealogy.

For 10 years now, I’ve been observing this humpback every year. My first encounter was on July 5, 2008. At the time, she was still a 3-year-old juvenile, slapping her tail, between Île Plate and Pointe-Saint-Pierre in the Percé sector. On July 14, I observed this same animal for the tenth consecutive year. It was the first time I had the opportunity to watch her in the Lower Estuary.

At this time of the season, I usually frequent the tip of the Gaspé, but this year I stayed more in the Estuary. Having left from Rimouski, I wanted to cover the northern sector, between Pointe-à-Boisvert and Pointe-à-Michel. Under excellent weather conditions, I reached Betsiamites fairly quickly, encountering a few belugas and several harbour porpoises. Off the tip, I quickly spotted a few spouts in a rather concentrated area. I therefore quickly filed through these animals, photo-identifying four fin whales and the famous BBR/Gaspar.

To photo-ID fin whales, you must stay parallel to them on their right side in order to photograph their chevron (just behind the head), which is unique to each individual. When you’re in the presence of a humpback and you want to take a photo for identification purposes, you follow it slowly from behind, waiting for the moment it raises its caudal fin to take a dive, since it is this undertail pattern that is unique to each humpback.

I was obviously very excited when she showed me her sub-caudal, which I immediately recognized. It is always very moving to find and recognize a well known animal in the field. We feel as if we have developed a relationship, though who are we kidding, this recognition is certainly one-sided! 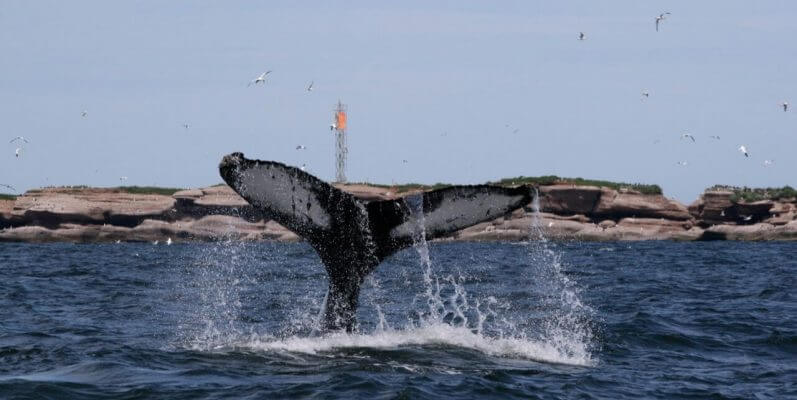 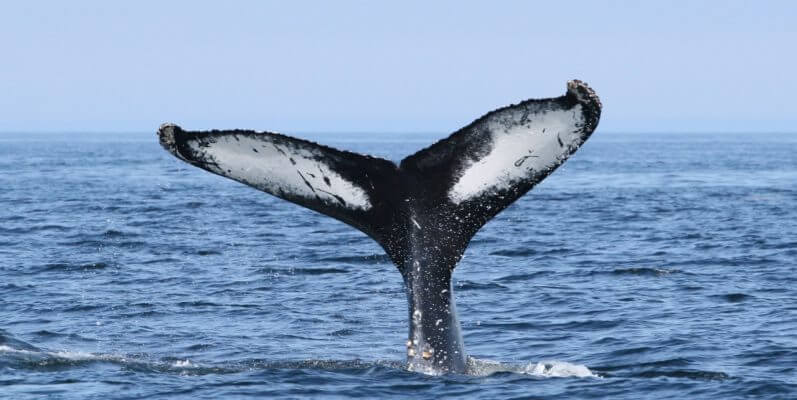 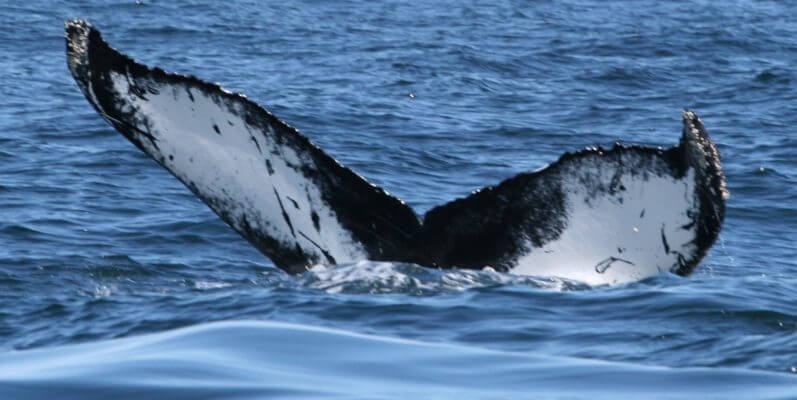 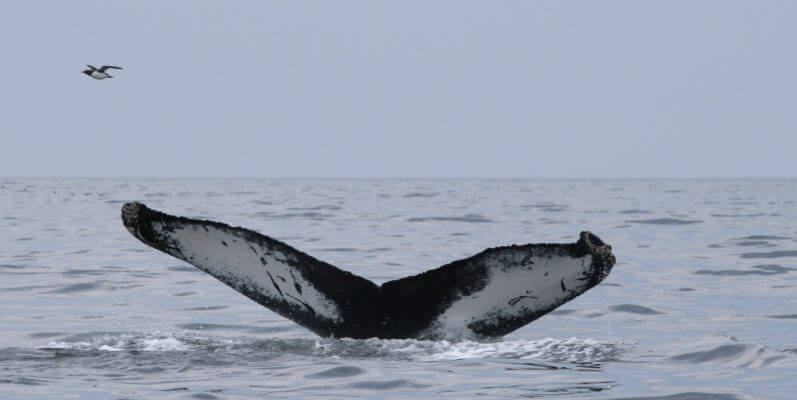 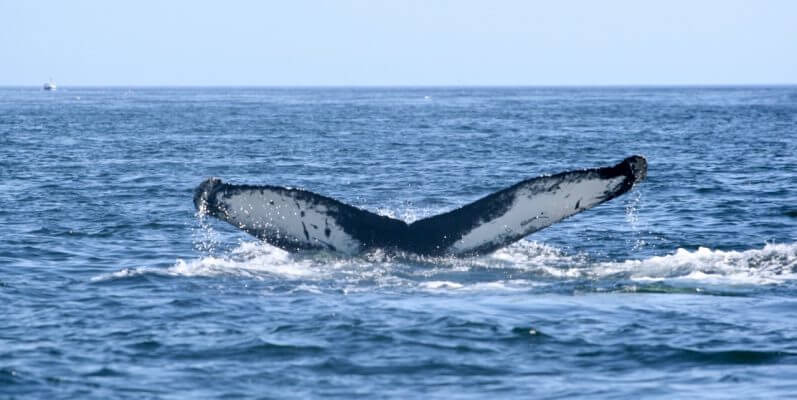 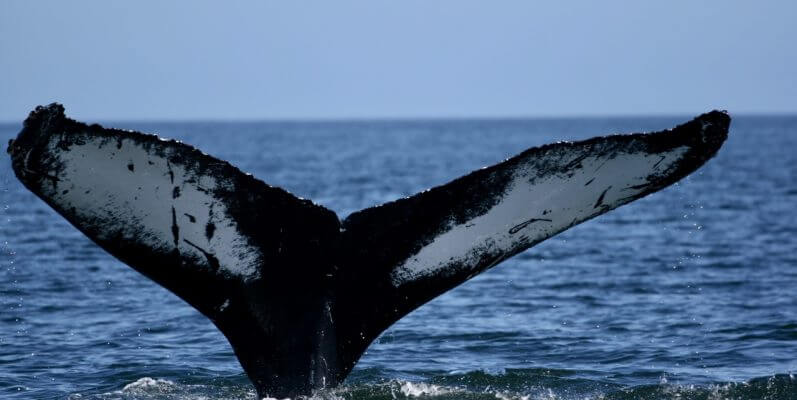 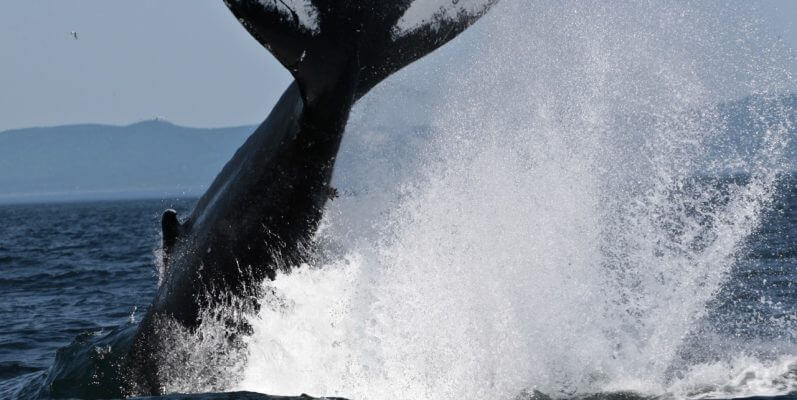 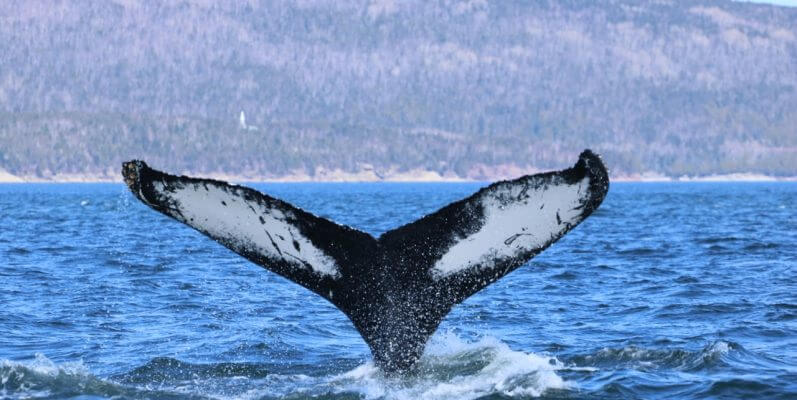 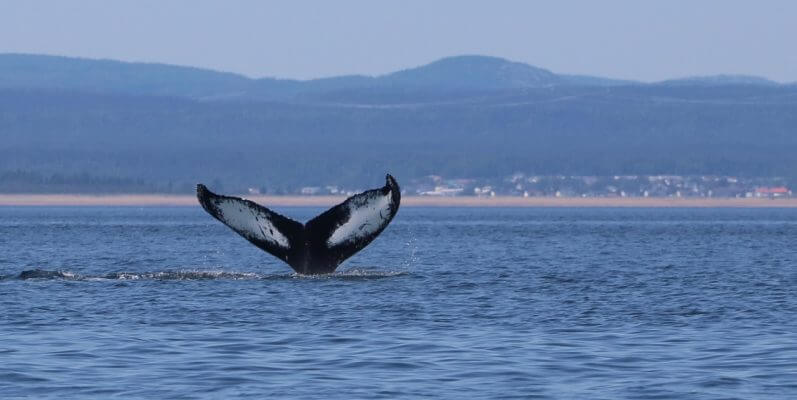