Is it normal to see seals on the ice? 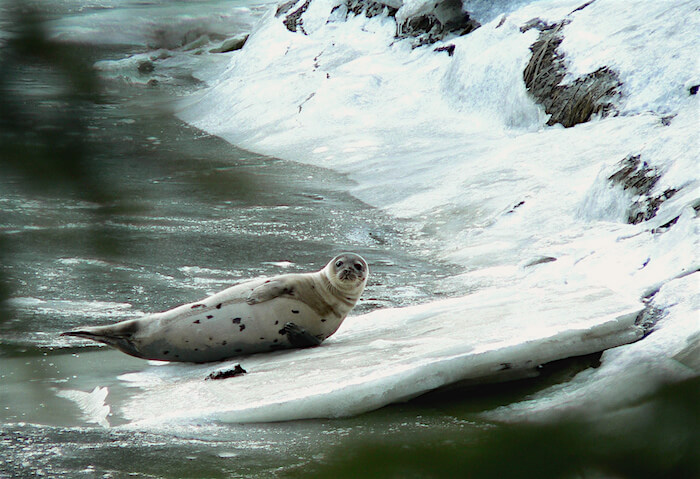 Calls made to 1-877-7baleine since the end of last year were mostly from witnesses who observed seals lying on the ice off of Matane, Sainte-Flavie and even in Verdun (near Montréal). If the animal appears to be wiggling around and seems to be “struggling” on the pack ice, is it really in trouble?

Life of a seal

Seals are excellent swimmers and spend most of their time in the water. They hunt, travel, and even rest there. Everything about a seal’s morphology reflects an excellent adaptation to aquatic life: its streamlined body, the pointed tip of its muzzle and the absence of external appendages: seals lack pinnae (external ears) and their genitals are internal.

But seals should not be in the water continuously. They return to shore or climb onto the pack ice for any number of reasons: to rest, to warm up, to dry out, to calve and to moult (annual shedding of fur). Seals are amphibious mammals in the same way as sea lions. The main difference between the two lies in the shape of their rear body.

Sea lions have retained the ability to move about on land “on all fours” using their foreflippers, which they can tuck under their bodies. Seals use their rear flippers exclusively for swimming. They cannot turn these flippers forward in order to move. Rather, they remain an extension of their bodies. In order to move out of water, they must thus crawl by undulating on their bellies. Also, their small foreflippers cannot be used to support their body weight when they sit up to move forward. Seals look quite clumsy on land, even though they are in great shape! 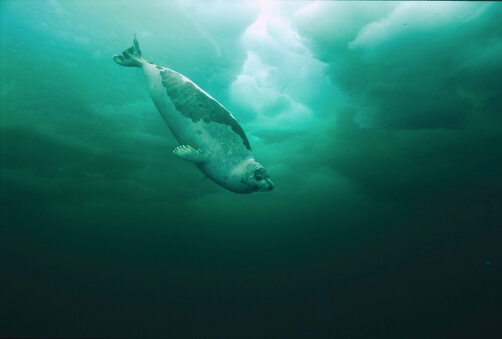 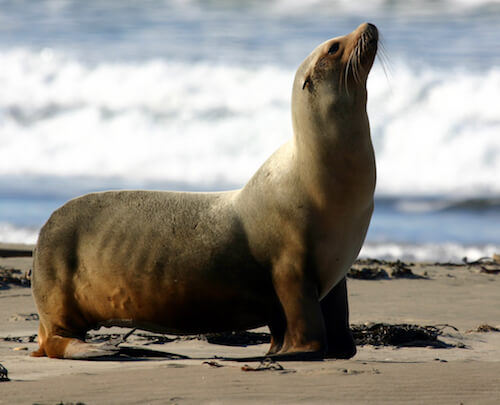 What if a seal stays on the pack ice for several hours?

Seals can remain out of water for hours or even days, depending on their needs. Observe them from a distance with binoculars and enjoy their presence! Sometimes they are alone, other times in groups. You can try to identify the species: if the coat is cream-coloured with a large black spot resembling a horseshoe on its back, it’s a harp seal. If its head is rounded, its nostrils heart-shaped, and its coat brownish and spotted, it is probably a harbour seal, a year-round resident of the St. Lawrence. Gray seals, particularly present in the Gulf of St. Lawrence this time of year, are recognized by their robust, squarish heads and large black spots on a slate-coloured coat.

“I’ve never seen this here before!”

Most seal species are migratory – travelling thousands of kilometres each year – and their populations are doing well. For example, the harp seal population is estimated at 7.4 million individuals, almost 6 times more than in the 1970s. Younger individuals sometimes venture outside their so-called “normal” range and some explore areas where food resources and environmental conditions are optimal. The harbour seal is one of the only species capable of adapting to freshwater. That’s why the presence of the visitor to Verdun was not that exceptional!