Humpbacks in the Spotlight 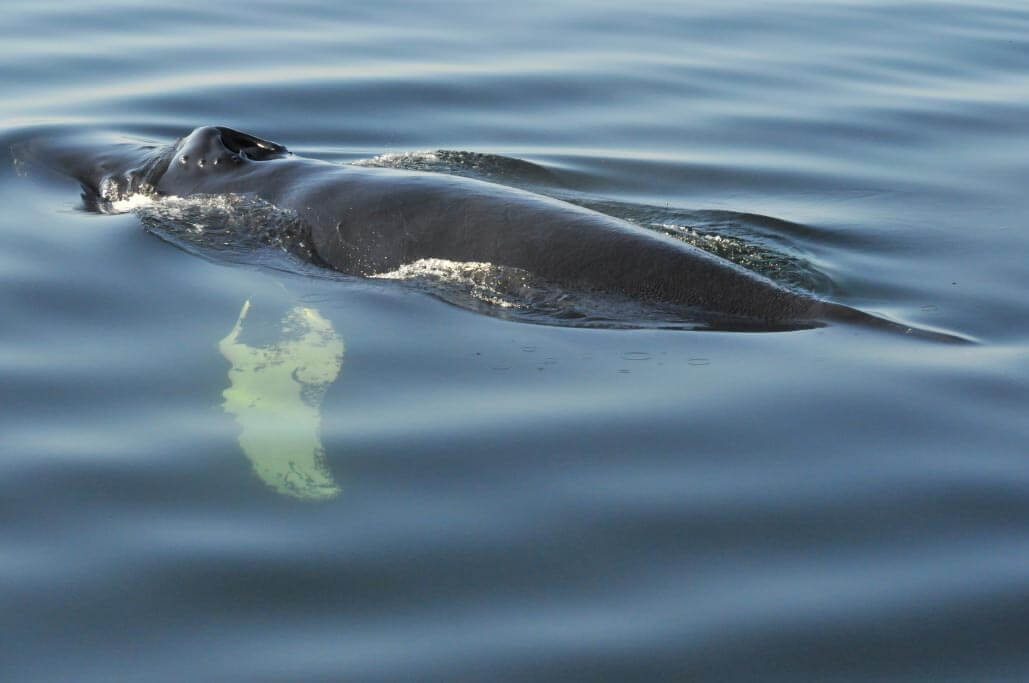 In recent days the waters of the St. Lawrence have been host to a variety of marine mammals, but humpback whales have been especially present in the Gaspé, on the North Shore… and even in the mouth of the Saguenay!

On June 30, the Mingan Island Cetacean Study (MICS), currently working in Gaspé Bay, announced that 20 humpbacks have been identified in this sector since the start of the season. These include Darkstar, Fleuret, Tingley, Bolt, Chalk, Quill, Easy Rider, Boom Boom River, Spines, Leprechaun, Irisept and Splish, one of the first whales identified by MICS in 1980. On June 24, one of the humpbacks was seen with entanglement marks on its back and peduncle. The whale was spotted again the next day exhibiting normal behaviour, feeding near the coast. Employees of whale-watching cruises also recently reported remarkable behaviour whereby humpbacks were thrusting themselves into the air and slapping the water with their fins, providing quite a show to passengers on board!

Same thing near Tadoussac: The young humpback observed since mid-May – the calf of Fleuret – brought smiles on July 1, when it made a foray into the Saguenay Fjord. It was observable for over an hour, hugging the shoreline near the Marine Mammal Interpretation Centre and breathing a few times near the ferries. The calf never showed its tail, but observers posted at the Pointe-Noire Interpretation and Observation Centre were able to see it breach completely out of the water close to 10 times, a little farther offshore.

In the Mingan region, despite weather conditions that are not always so favourable, animals have been spotted around the islands and near the coast. Six humpback whales are present in the sector, including Pythagore. The others have yet to be identified, but photos will certainly aid in recognizing them. The first fin whales of the season were seen on June 25. Indeed, fin whales are present by the dozen in the Estuary and the Gulf.