Greyhounds of the Sea Making a Splash 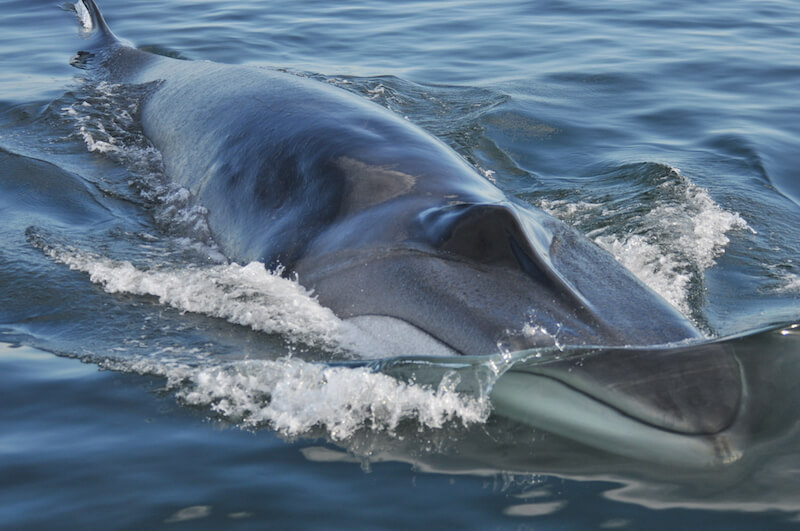 The weather this week has not been conducive to observations in the Estuary and Gulf of St. Lawrence. The weather was characterized by wind, fog and rain. Nevertheless, fin whales made appearances in various sectors. On June 2, a cruise employee from the Gaspé region spotted two compact groups of fin whales from Cap Bon-Ami, one composed of six animals and the other consisting of four to seven individuals. The blast columns rose high into the air, making the animals easy to spot. The next day, six fin whales were seen in two groups during an excursion out to sea. The fin whale is nicknamed the “greyhound of the sea” because it can swim at speeds reaching 40 km/h thanks to its streamlined body. The season is off to a strong start in Gaspé Bay: nearly a dozen whales can be observed in the same area, much to the delight of summer visitors.

Six fin whales are also being seen in the Tadoussac region. They are sometimes observed solo, sometimes in groups, especially in the area of the Prince Shoal Lighthouse. Cruise passengers are taken aback by their powerful blasts. This twenty-metre long, forty-tonne whale is known for being sometimes solitary, sometimes gregarious. The presence of food and tidal cycles influence their dispersion and grouping. A detailed study conducted from 1994 to 1996 on their behaviour in the Estuary showed that they formed tight groups at high tide in the tide rips, swimming in a synchronized and dynamic manner. Conversely, at low tide, they were more scattered and less active.