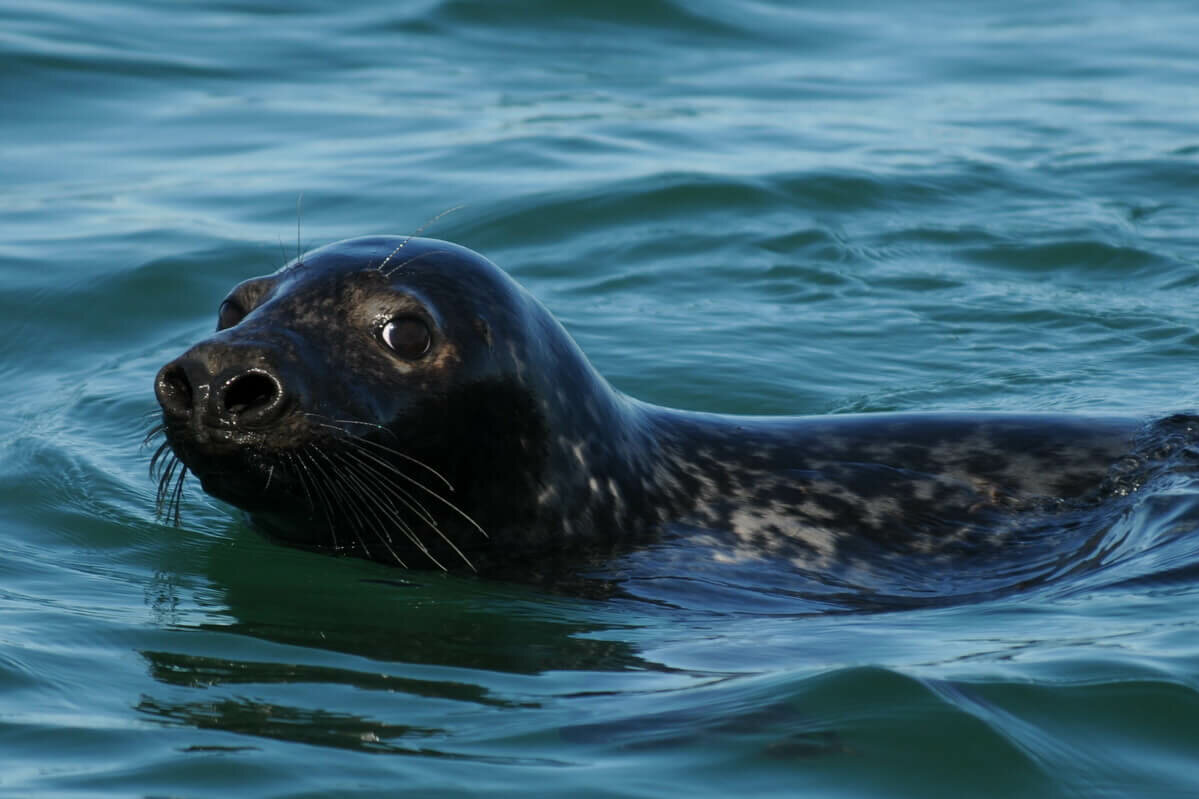 An abundant seal with a big appetite

Recognizable by its horse-shaped head when lurking at the water surface, the grey seal is one of the largest seals to frequent the waters of the St. Lawrence. Widely hunted in the past for its fur, its population is now constantly increasing. The grey seal has a significant impact on its ecosystem, as it feeds mainly on the most abundant prey it finds in its environment, such as cod. 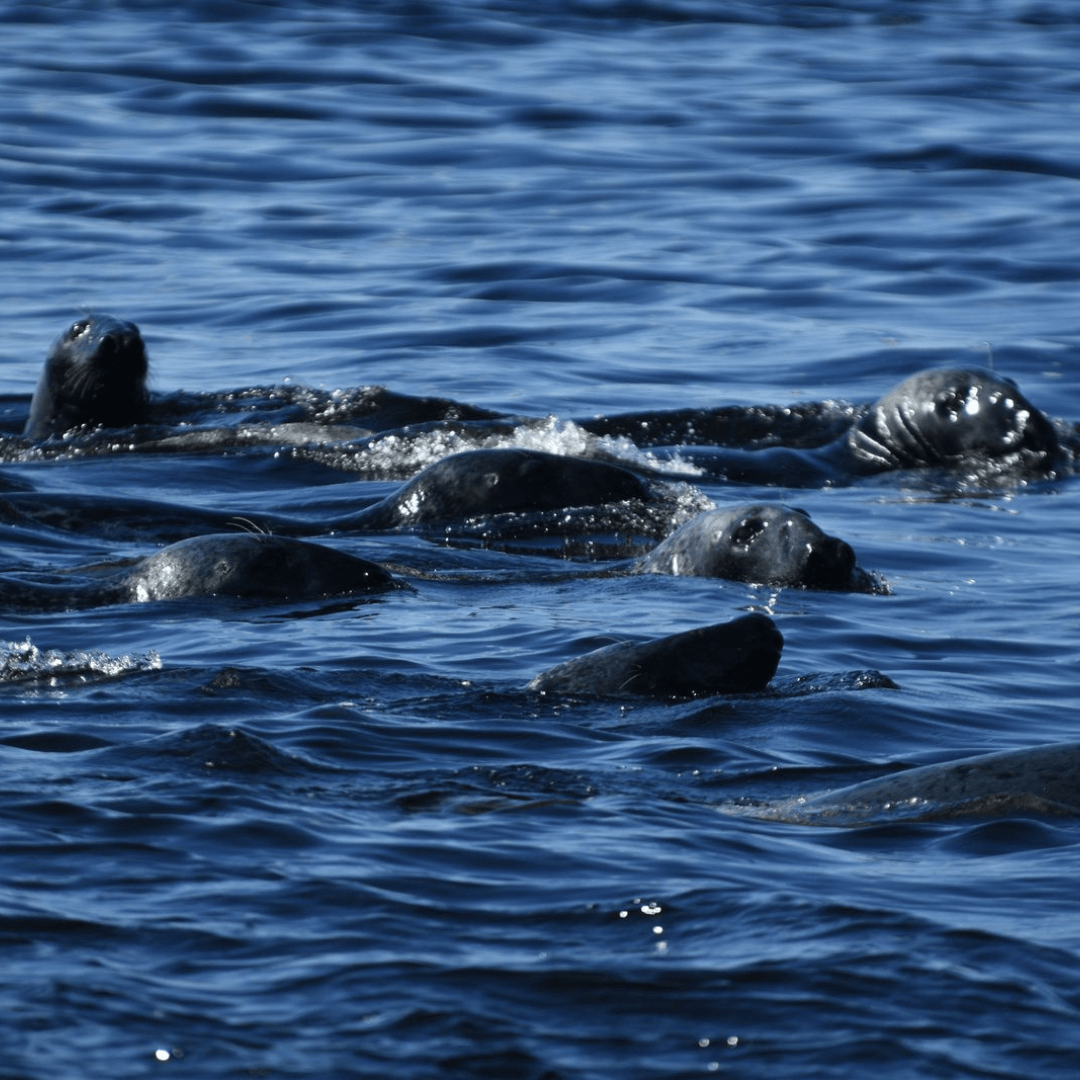 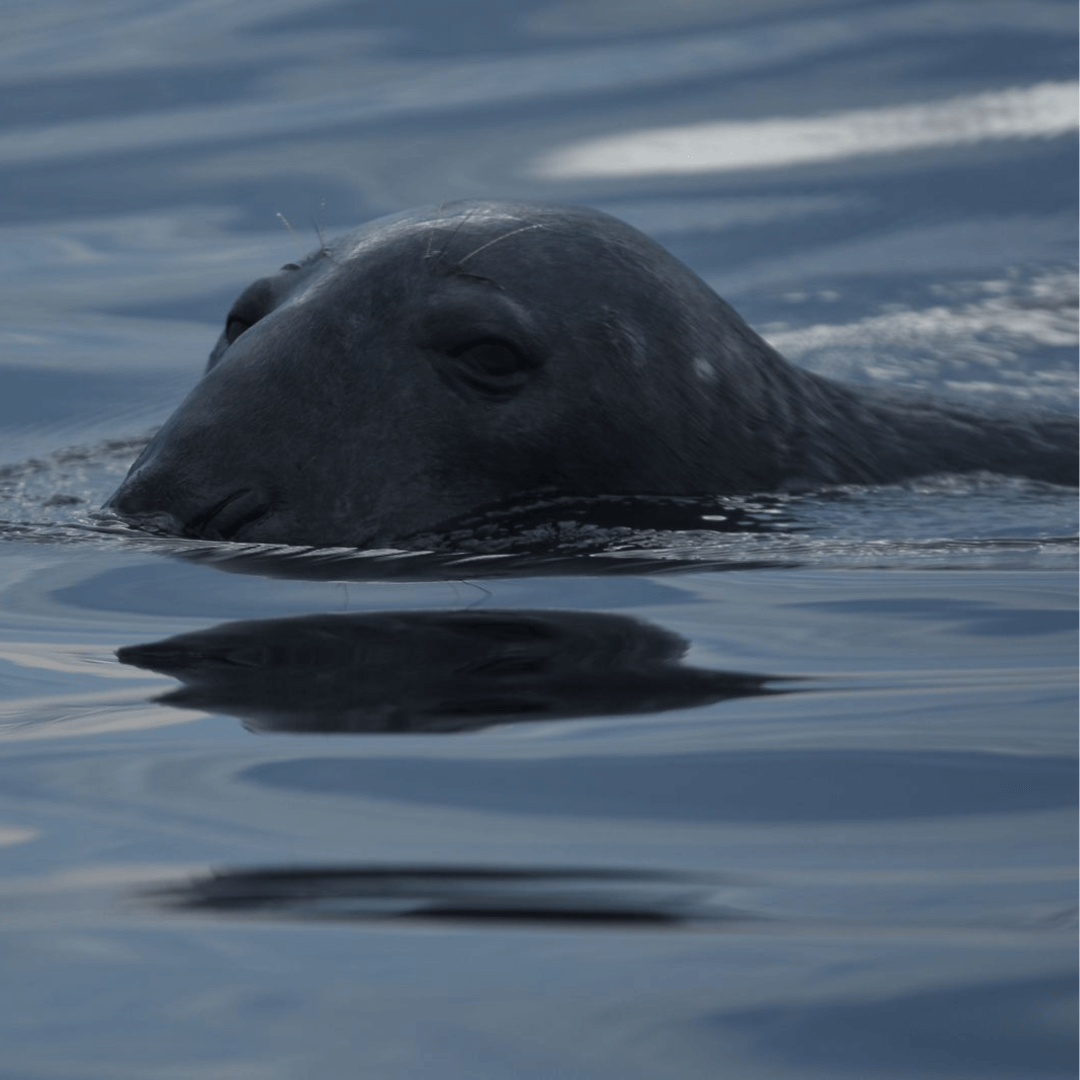 In summer, approximately 98,000 individuals inhabit the Estuary and Gulf of St. Lawrence. They are often seen at haulouts or swimming alone near the coast, as grey seals are fond of shallow water.

As winter approaches, the grey seal leaves the St. Lawrence and travels to the coast of Nova Scotia to breed and give birth on the pack ice. However, with the decline in ice cover, some individuals find refuge on islands and beaches. The vast majority of Northwest Atlantic grey seals are found on Sable Island, which lies south of Nova Scotia. The grey seal returns to the St. Lawrence in summer to feed on the abundant food resources found there.

There are three populations of grey seals worldwide. The first is that of the western Atlantic. The majority of grey seals are found on Sable Island, which is the largest breeding ground in Canada. Elsewhere in the country, this species can be observed in Nova Scotia, New Brunswick, Prince Edward Island, Newfoundland and Labrador, and, of course, along the coasts of Quebec.

The second population is found in the eastern Atlantic. The seals of this population are mainly observed in Iceland, Norway, Ireland and the White Sea. Lastly, the third population, which is threatened by pollution, is that of the Baltic Sea.

In the 1960s, the grey seal fell victim to commercial hunting, which decimated its population. Today, it has recovered and is now considered stable, according to an assessment made by COSEWIC in 1999. Since 2020, hunting is once again permitted in the ecological reserve of Brion Island. However, it is overseen by the scientific community, as it is important to understand how this population of grey seals will evolve.

The grey seal is an opportunist that feeds on whatever it can find in its environment. With a highly varied menu that includes cod, ray, herring, white hake, groundfish, sand lance, crustaceans, haddock, pollock, etc., this voracious mammal can eat 7.5 to 12.5 kg of prey per day. Grey seals often feed alone, but may on occasion hunt in groups. On a few occasions, it has also been observed that grey seals may attack and eat other members of their species, in addition to harbour seals and harbour porpoises.

Whether on land or on the pack ice, grey seals gather to form what are called haulouts. They will also move from one place to another by swimming across the water surface before diving to forage for food.

When it dives, this pinniped can stay under water for between 4 and 10 minutes, with the record being 30 minutes. The grey seal generally dives to depths of between 60 and 100 m, but in some cases can reach depths of up to 200 m.

Despite being a rather gregarious marine mammal when at a haulout site, the grey seal is often solitary when it comes time to take to the water. On the other hand, when necessary, it may sometimes team up with other individuals to hunt. In the St. Lawrence, it is often found alone during the summer months. Significant sexual dimorphism is observed in this species, with males being much more massive than females.

Grey seals are very vocal at haulout sites, but are also believed to be quiet noisy when under water. A recent study has shown that during the mating season, males clap their flippers. Under water, this movement likely makes a loud “smack!” and is believed to be used by bulls to show off their strength and attract females.

Female grey seals reach sexual maturity at 3 to 5 years of age, while males reach this milestone around the age of 3. However, due to competition for females within the harem, they will often first breed only when they are about 8 years old.

Typically, mating takes place on land, but may also be carried out in water. In Canada, it is mainly on Sable Island that this occurs. Within a harem, there are often more females than males, which leads to fights between bulls for the chance to mate with a group of females.

Gestation lasts about 8 months, though 4 months can pass between fertilization of the egg and implantation of the embryo in the uterus, a phenomenon known as “embryonic diapause.” This allows the female to give birth in conditions that are optimal and conducive to the survival of her pup.

Pupping often takes place between the end of December and the beginning of February for individuals in the Estuary and Gulf of St. Lawrence. On the other hand, it can occur at other times of the year depending on the region frequented by the species.

After it is born, the pup is nursed for 16 or 17 days, during which time its mother goes without eating. Once weaned, the pup heads to the sea, where it must learn to feed on its own. At some point, young grey seals will shed their white coat, which is then replaced by water-repellent fur.

Since the grey seal was heavily hunted in the past, its population trends are closely monitored in Canada. This is why the Department of Fisheries and Oceans (DFO) conducts a census of grey seals in the country every 5 years. A new model has also been used by DFO since 2021 to estimate the population of seal pups. 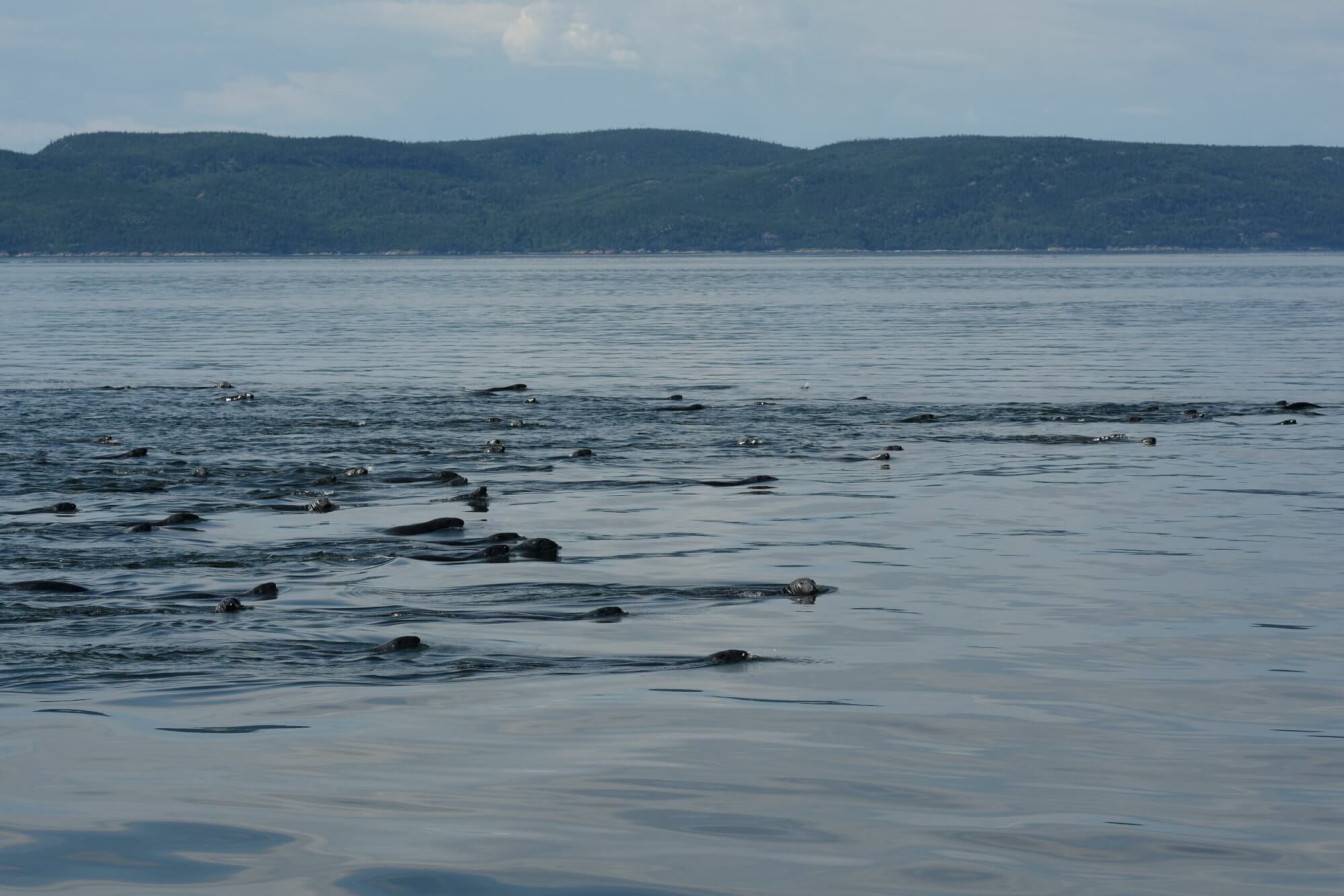 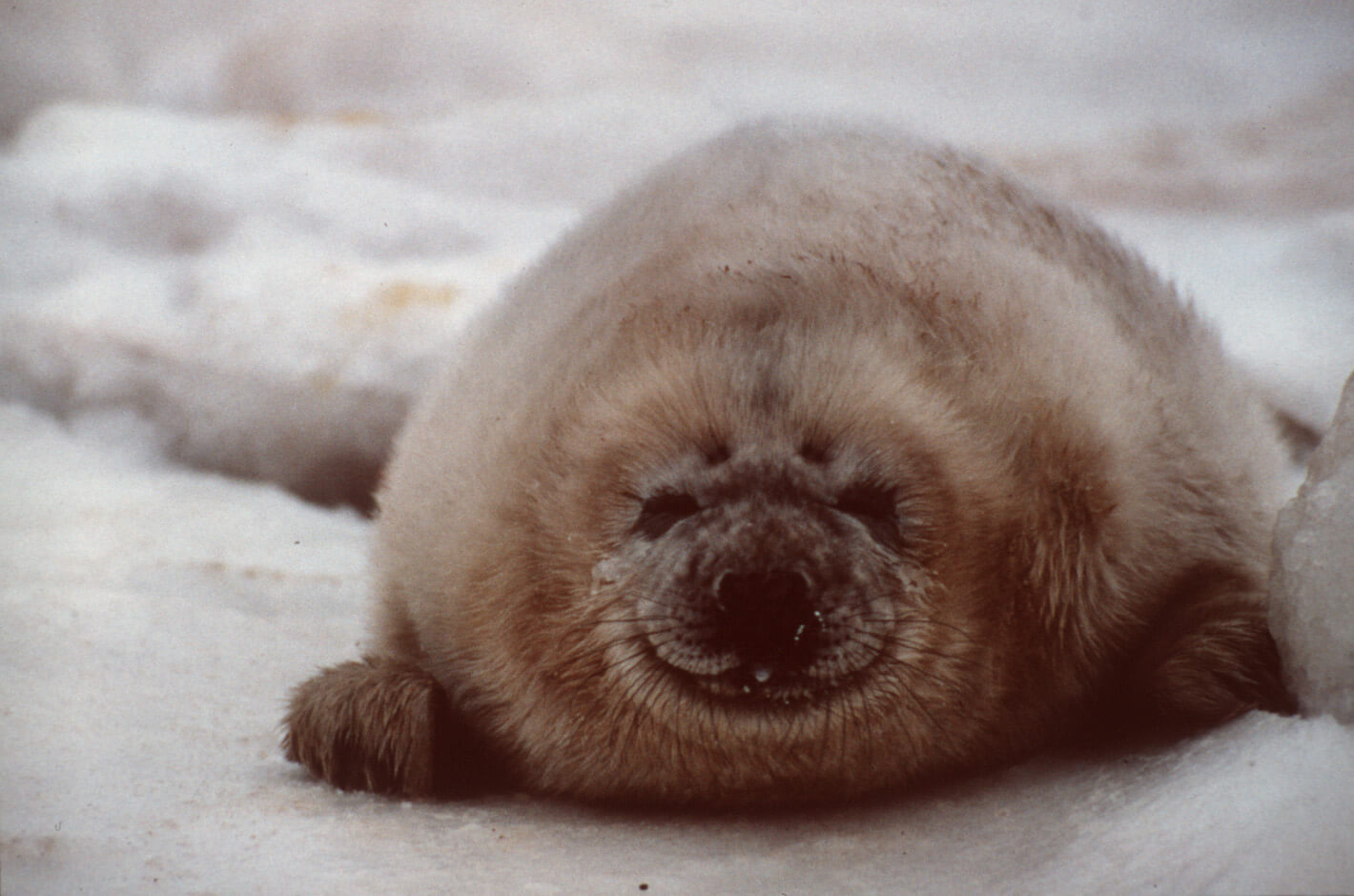 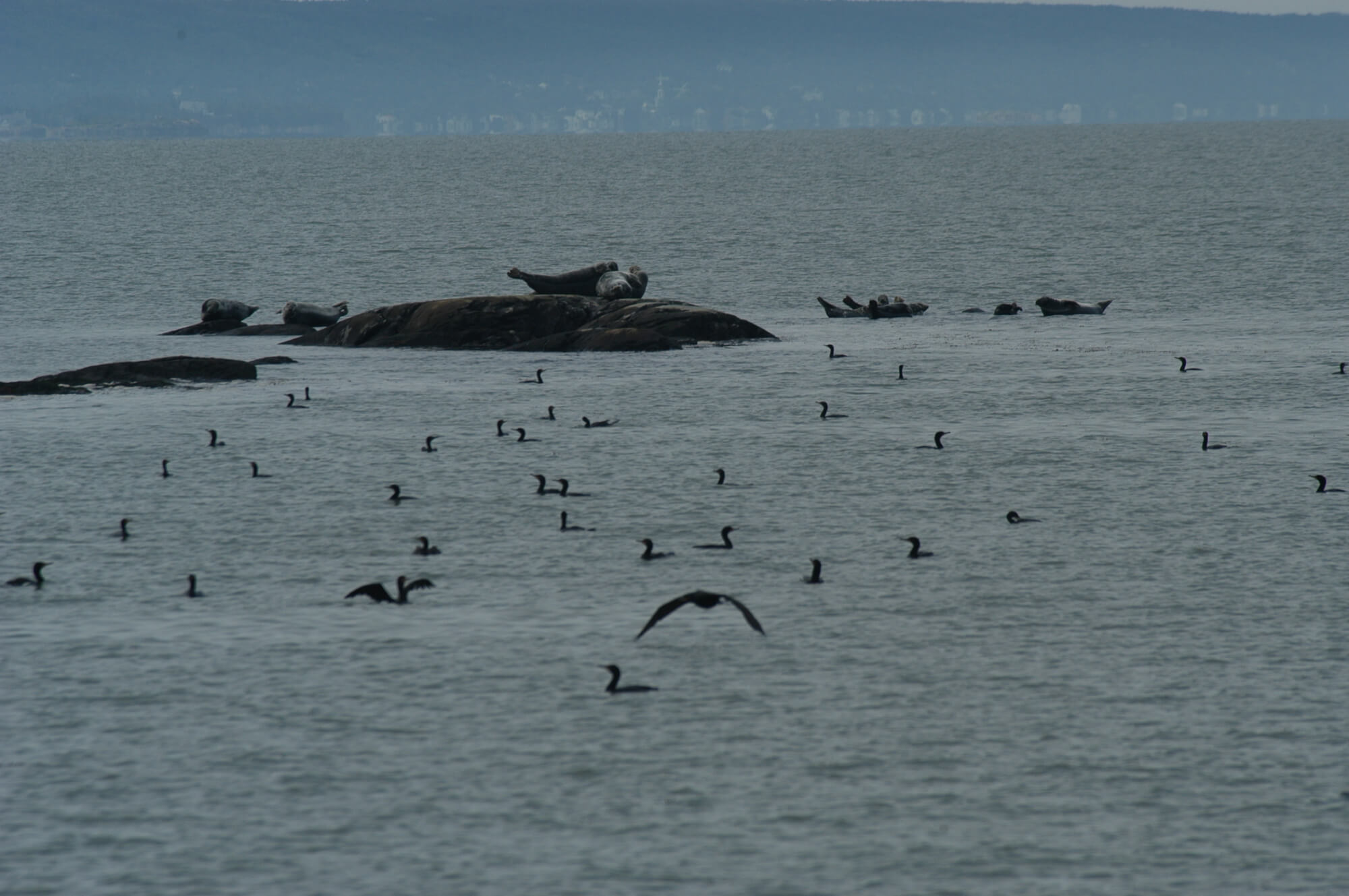 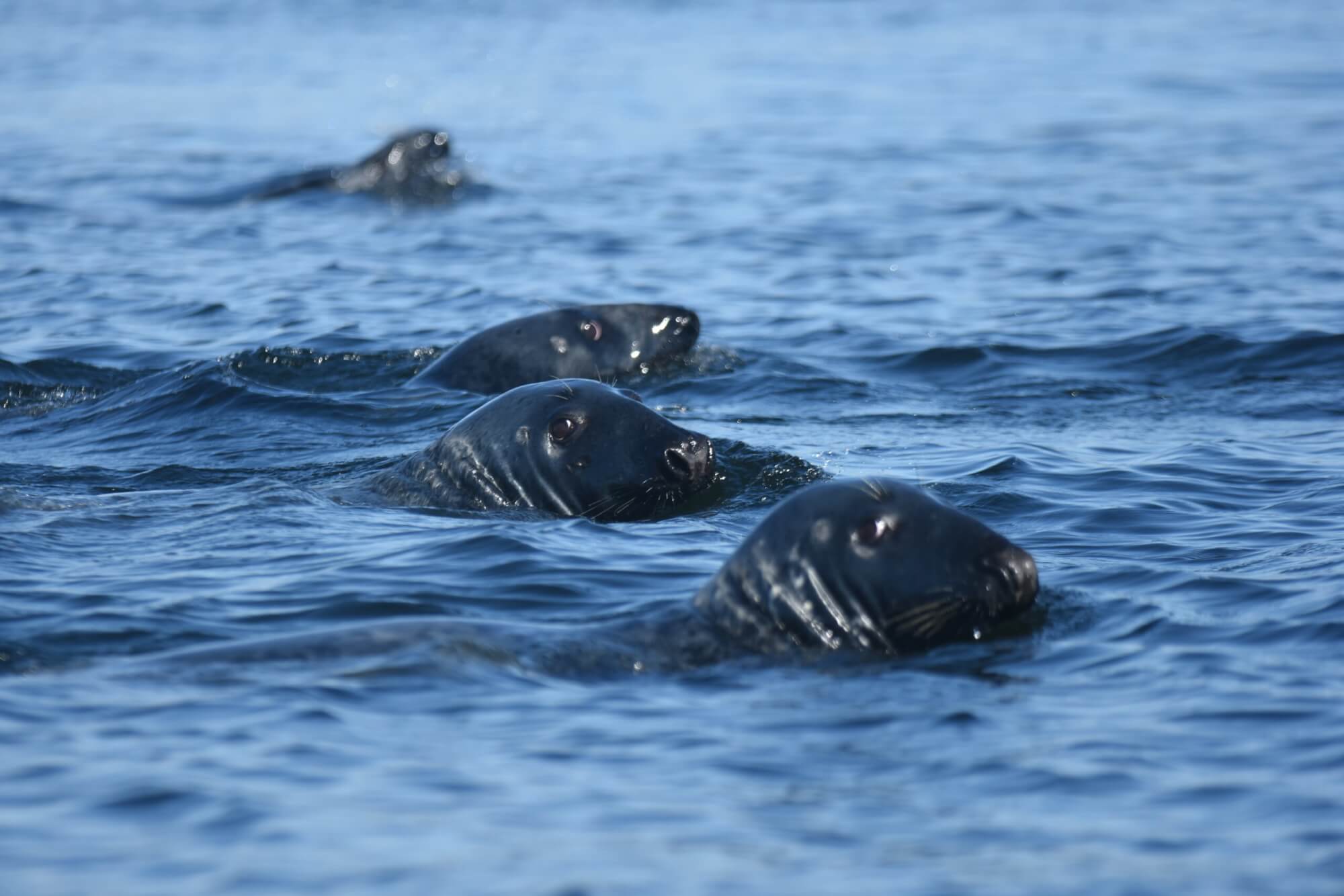