Extremely rare adoption by a dolphin 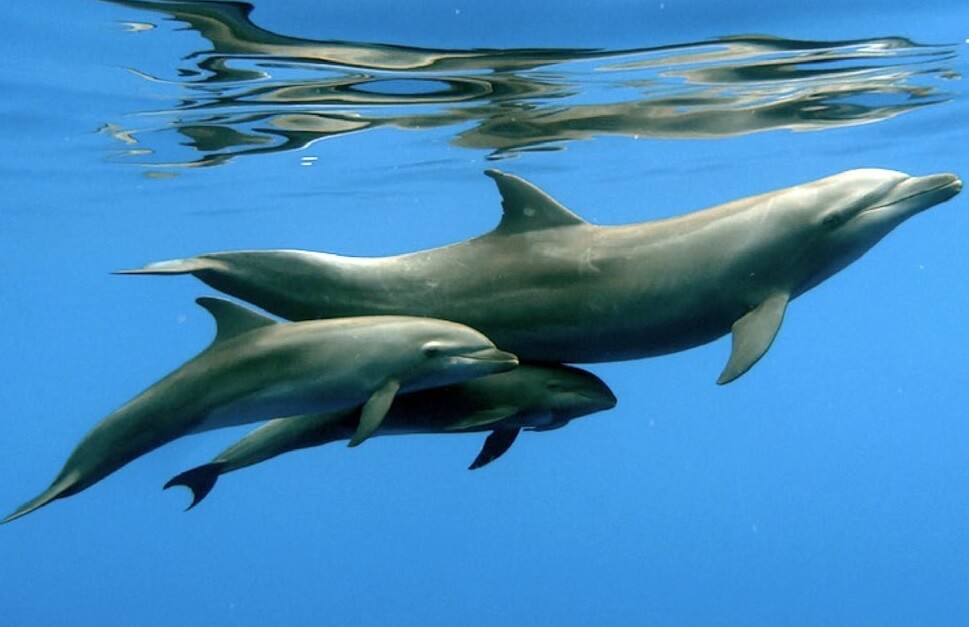 A female bottlenose dolphin adopted a melon-headed whale, while she was already with her own calf. © Pamela Carzon

In 2014, in French Polynesia, a female bottlenose dolphin nicknamed “Thaïs” is observed with her first calf. Two months later, a newborn male melon-headed whale, also known as a melon-headed dolphin or an electra dolphin, joins the mother-calf pair.

So far, there’s nothing unusual about the situation: indeed, bottlenose dolphins are known to “kidnap” the calves of other species, for a few hours to a few days. But the association between the mother and the young melon-headed whale would eventually last over three years until the calf was fully weaned, a situation described as “surprising” by Pamela Carzon, author of the study documenting this individual’s story and member of the Marine Mammal Study Group (GEMM) [not to be confused with the Group for Research and Education on Marine Mammals (GREMM)]. This would be the first case of a complete adoption between two different cetacean species and only the second documented case in wild animals.

Even more exceptional is the fact that the mother cared for two calves at the same time, an unusual situation for cetaceans, in which no case of living twins has ever been documented. Despite the enormous energy demand associated with nursing, “we did not observe any negative consequences for the bottlenose dolphin. Both young appeared to be in good health,” confirms Pamela Carzon.

Why did the female adopt the young melon-headed whale?

Adoptions within the same species can be explained by evolutionary biology concepts: by adopting an offspring of her own species, a female contributes to the survival of the species in general, which would offset the costs associated with parental care. In some whale species, females also occasionally take care of other calves.

But biologists have a hard time understanding parental care and adoptions between different species. One hypothesis is that these behaviours might allow females to acquire parenting skills before having a calf of their own.

In the current case, researchers believe that the mother’s personality was also conducive to the adoption. Indeed, this female is known for her curiosity and sociability toward divers in the region. Additionally, having recently given birth to a calf, she had secreted oxytocin, a hormone believed to be linked to the sense of attachment in mammals. These hormonal changes may have made her more likely to adopt the newborn. Lastly, the insistence of the melon-headed whale also might have contributed to its being adopted.

Numerous reports report that the melon-headed whale was attempting to oust his “step-sister” to take her place near the mother. In fact, a year and a half later, the young bottlenose dolphin was missing, whereas weaning in this species usually takes place around the age of 4. Did she die or was she weaned prematurely? Impossible to know for sure.

An outsider accepted by the community?

In addition to being accepted by the mother, the young melon-headed whale, in the eyes of researchers, appeared on several occasions to have integrated into the group. He socialized with juvenile male bottlenose dolphins and imitated their behaviour, such as surfing and leaping in the waves. Despite this, in April 2018, the melon-headed whale was found stranded alive with deep wounds on its head, according to the observations of one witness. A release operation was performed. “The description of the deep, bloody gashes on its head reminded us of bite marks by bottlenose dolphins. After this release, it was never seen again,” says Pamela Carzon. 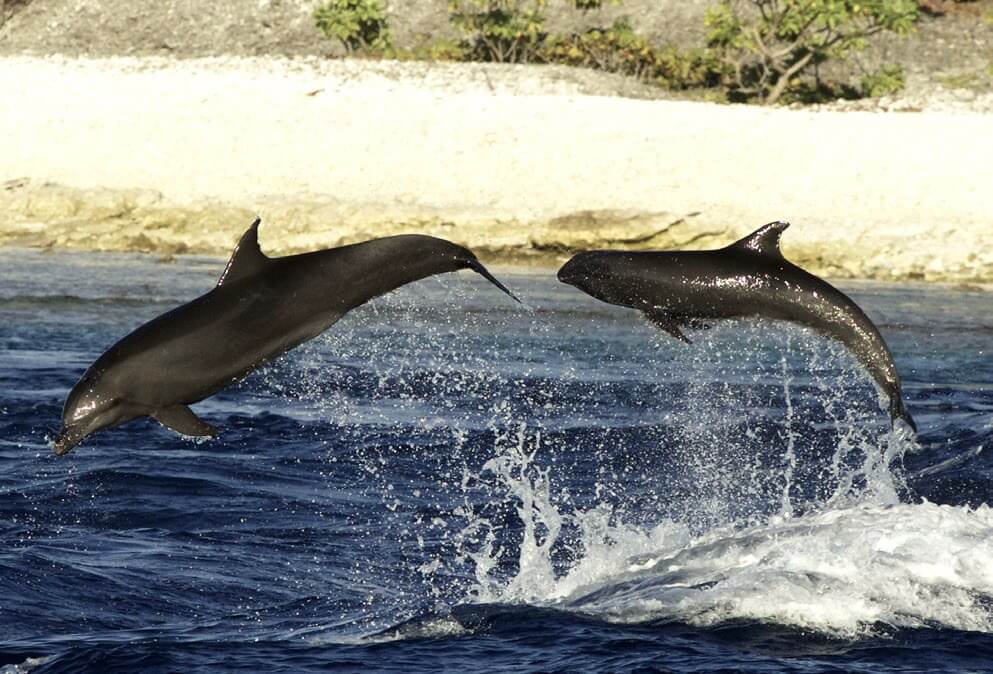 The young melon-headed whale (right) leaps in the waves, in the way of bottlenose dolphins. © Pamela Carzon

Will it ever be seen again in a group of melon-headed whales? Has it succumbed to its injuries? In any case, this story is “fascinating”, according to the scientific director of the Group for Research and Education on Marine Mammals (GREMM), which has already attempted to release newborn belugas stranded alive in hopes that they will be adopted by a female.

To view images of the young melon-headed whale and its adoptive mother and to learn more about their story, watch this short documentary produced in 2018 (in french only).