On February 19, a senior officer of a cargo ship passing through the St. Lawrence Estuary photographed blue whales off Matane. An interesting observation in the middle of winter, since few observers are on the water this time of year and even fewer are able to photograph the whales that are there. However, it is known that a certain number of whales visit or remain in the St. Lawrence in winter. If you read the observations of the week, you know it!

Photos were taken from a considerable distance, but one of them was good enough to make an ID. Mr. Roy Brugman then forwarded his photos to the “Whale Watchers in the North Atlantic” Facebook group and I was alerted to the photos by a friend of mine. I then contacted Mr. Brugman to obtain high-resolution photos in an attempt to match this blue whale. After glancing too quickly through my photo bank and not recognizing the individual, I forwarded the photos to Richard Sears, blue whale expert and founder of the Mingan Island Cetacean Study. It didn’t take him long to identify it! “This is our dear B392,” he writes back. Indeed, this female, also known as Iris, is a regular visitor to the St. Lawrence Estuary.

I’ve seen her there four times since 2012, but the most significant encounter was that of August 26, 2019, off Matane. She was being escorted by another individual, most likely a male given its position behind her. This bull was an individual that had never been photographed before. They remained together throughout my photo shoot before I moved on to other individuals. I had photographed about twenty different blue whales on this gorgeous day, in a small sector between Matane and Grosses Roches.

On September 18, i.e. three weeks after these sightings, a blue whale carcass was spotted and photographed in the Gulf, more precisely on the coast of Nova Scotia. When I saw the photo of this carcass, I immediately recognized this individual thanks to one very specific marking. It was the the same individual that had escorted B392 a.k.a. Iris a few weeks earlier and who at the time was behaving quite normally with this female. So these were the only photos we have of him alive. To my surprise and disappointment, for logistical reasons, no necropsy was performed on this carcass. We will therefore never know the cause of death of this blue whale – an endangered species – which could very likely have been a young male in excellent health. As for Iris, this female appears to be in good shape and not at all indisposed by the cold and ice of our magnificent St. Lawrence.

We can’t wait for the new season to kick off! 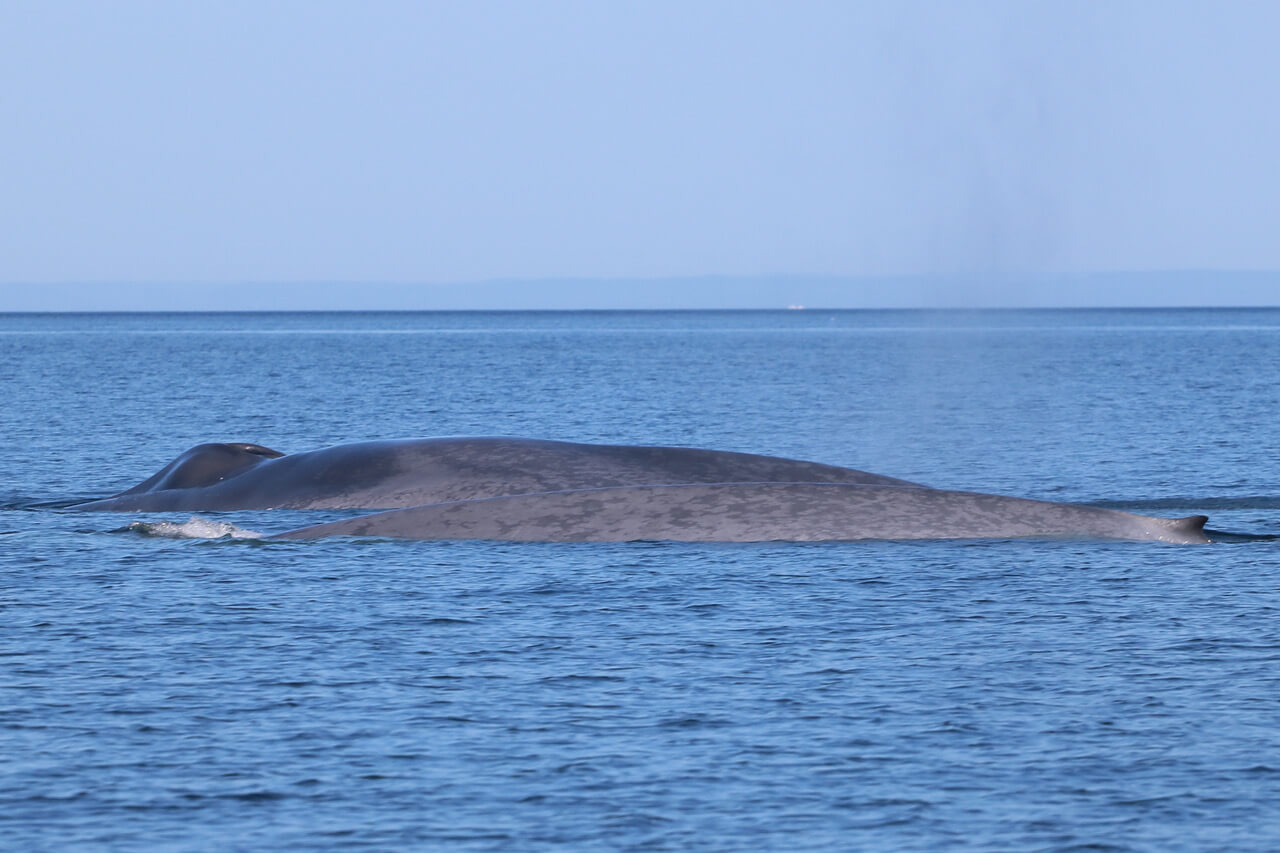 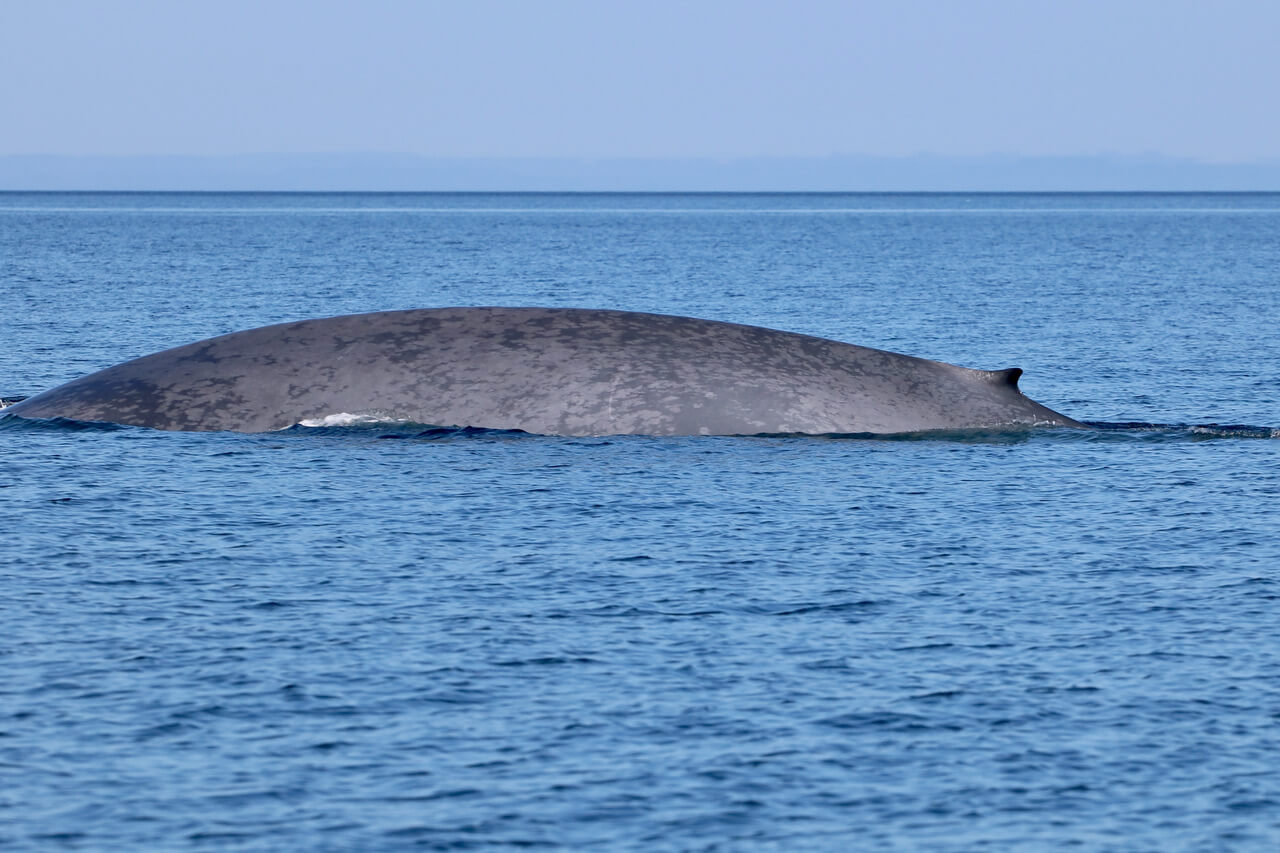