Exciting First Outing of the Spring 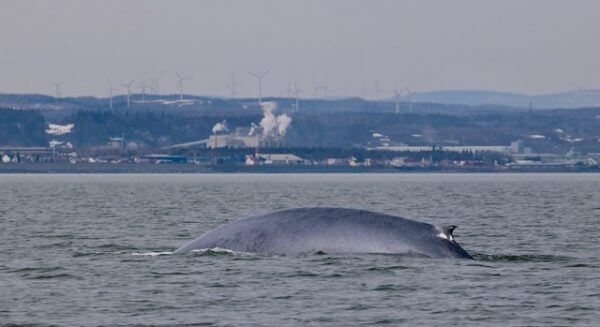 On Friday, May 5, I made my first trip out to sea of the 2017 season. Usually I make this inaugural trip in the Gaspé-Percé region, which is a great area to observe whales arriving from their long migration to the St. Lawrence Estuary. This year, considering a handful of reports of large spouts made by observers on the North Shore, I decided to set out from Matane to explore the other side of the river.

Accompanied by biologist David Gaspar, a member of the Mingan Island Cetacean Study team, we made a loop of a little more than 100 nautical miles, heading toward Pointe-des-Monts before doubling back toward Baie-Comeau and finally returning to Matane. We had no great expectations, but just being on the water on this beautiful morning was most gratifying.

We left the strong muddy waters of the Matane River a little before 8 o’clock. We hadn’t even finished adjusting our safety overalls when we observed a beautiful blue back right in front of our craft. When it reappeared for a second breath, we were able to confirm that it was a magnificent blue whale. What excitement on board the boat! We had absolutely no expectation of such an encounter barely 2.5 nautical miles from shore, but the presence of krill at the surface was evidence of why this blue whale was here. We immediately recognized it as B093 (MICS catalogue reference), which I was watching for the fourth time since 2004, and which is easily identifiable by its small, right-hooked dorsal fin. It is a regular visitor to the St. Lawrence Estuary.

Midway across the Estuary, en route to Pointe-des-Monts, a huge spout attracts our attention. We are surprised by the speed of this blue whale on the move. This one also features a characteristic dorsal fin for identification purposes. We need to maintain a speed of 5 knots due northeast in order to keep up and take a few photos for photo-identification before letting it continue on its way.

No sooner do we arrive off Pointe-des-Monts when, to our great surprise, we are greeted by three spouts. Fairly concentrated in the same general vicinity, a fin whale and a blue whale take turns diving and prove to be rather elusive. The third spout is that of a minke whale. The minke whaleseldom produces a conspicuous spout, but can if the animal is actively feeding.

The sea begins to grow rougher under a consistent and increasing wind from the northeast. We sail along the north shore in a tailwind as far as Baie-Comeau and then, in a somewhat less comfortable side wind, toward Matane. Nothing else on our course save a few porpoises here and there. About 4 nautical miles off Matane, we observe another blue whale different from the one we photographed earlier that morning and a second fin whale that we document, despite the choppy waters and falling temperatures. We take our boat out of the water at 6 p.m., rather satisfied with our “catch of the day”. 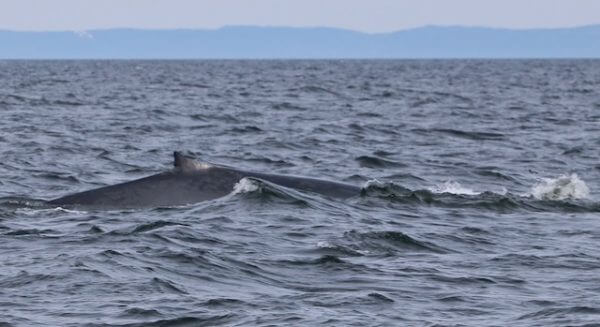 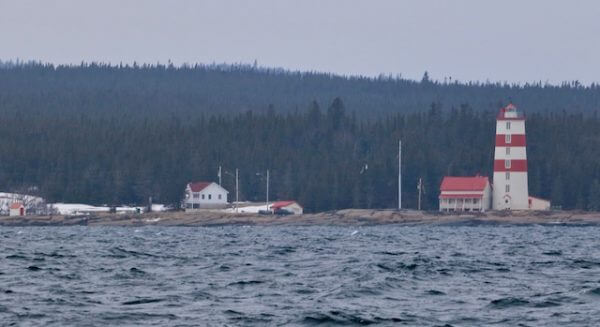 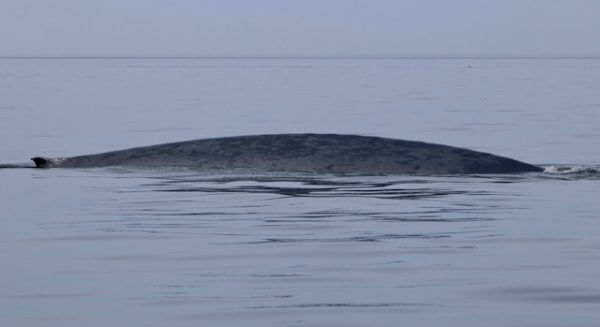