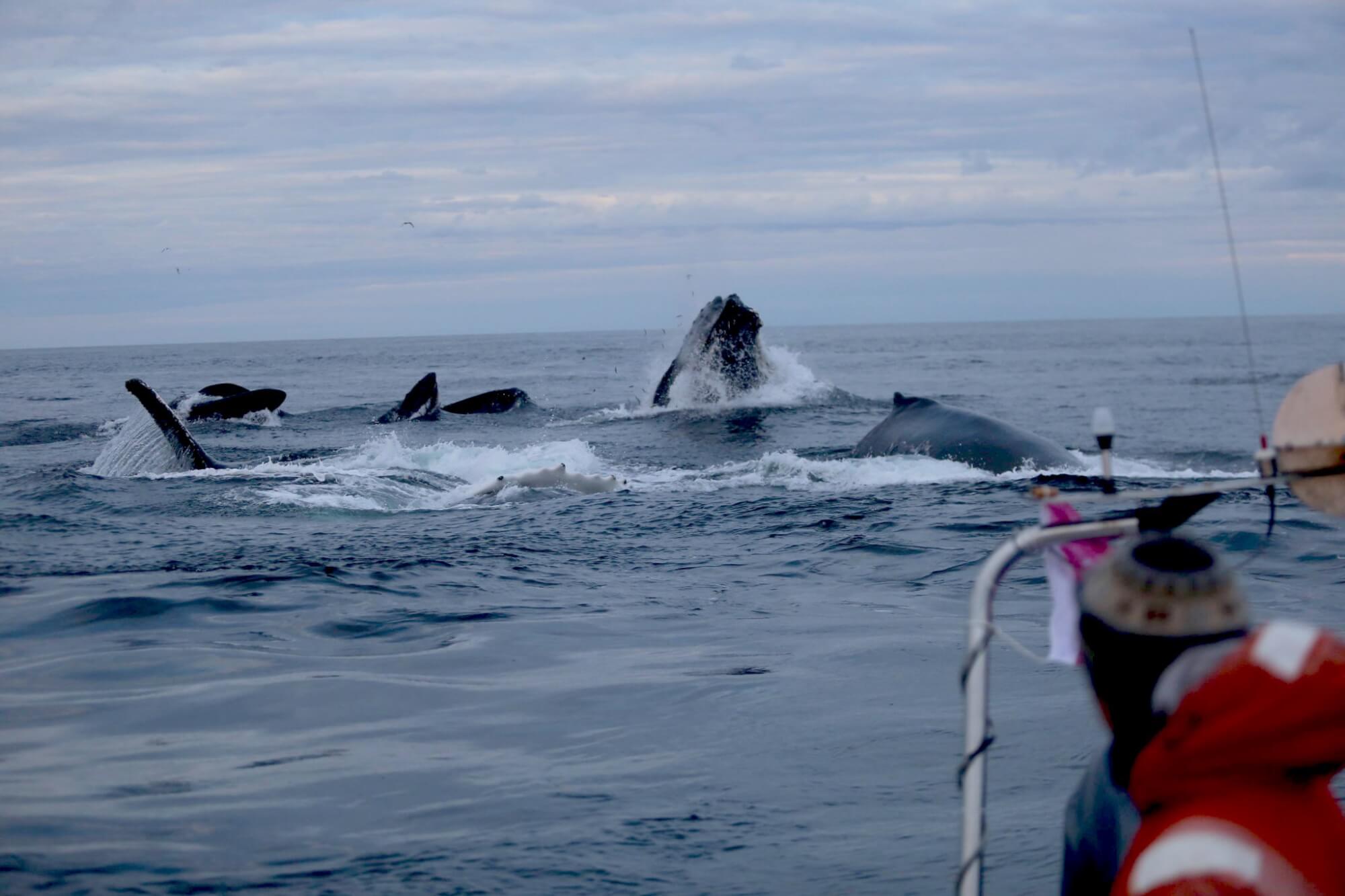 “The capelin are rolling like crazy here in the Gaspé,” says one observer. “At least ten humpbacks have been tallied between Bonaventure Island and Percé.  We’ve been seeing them blowing in small groups of two or three. Not to mention numerous minke whales. It’s a feeding bonanza! And how about the hundreds of northern gannets diving right at the end of the pier in Percé. They tirelessly gorge themselves on capelin all day long and into the evening. It’s non-stop!” After months without feeding and a long migration, humpback whales have a huge appetite. And as the St. Lawrence is currently offering them a feast for a king, they might as well take advantage of it!

Humpbacks are therefore the ones thrilling observers in the Gulf this week. In Cloridorme, a local resident is treated to a splashing spectacle around lunchtime on June 8. At least two humpbacks frolic in the water opposite her home. In Longue-Pointe-de-Minguan, two humpbacks seem to have found a good feeding ground, where they have been skimming the waters for a week already in the company of 3 or 4 minke whales. 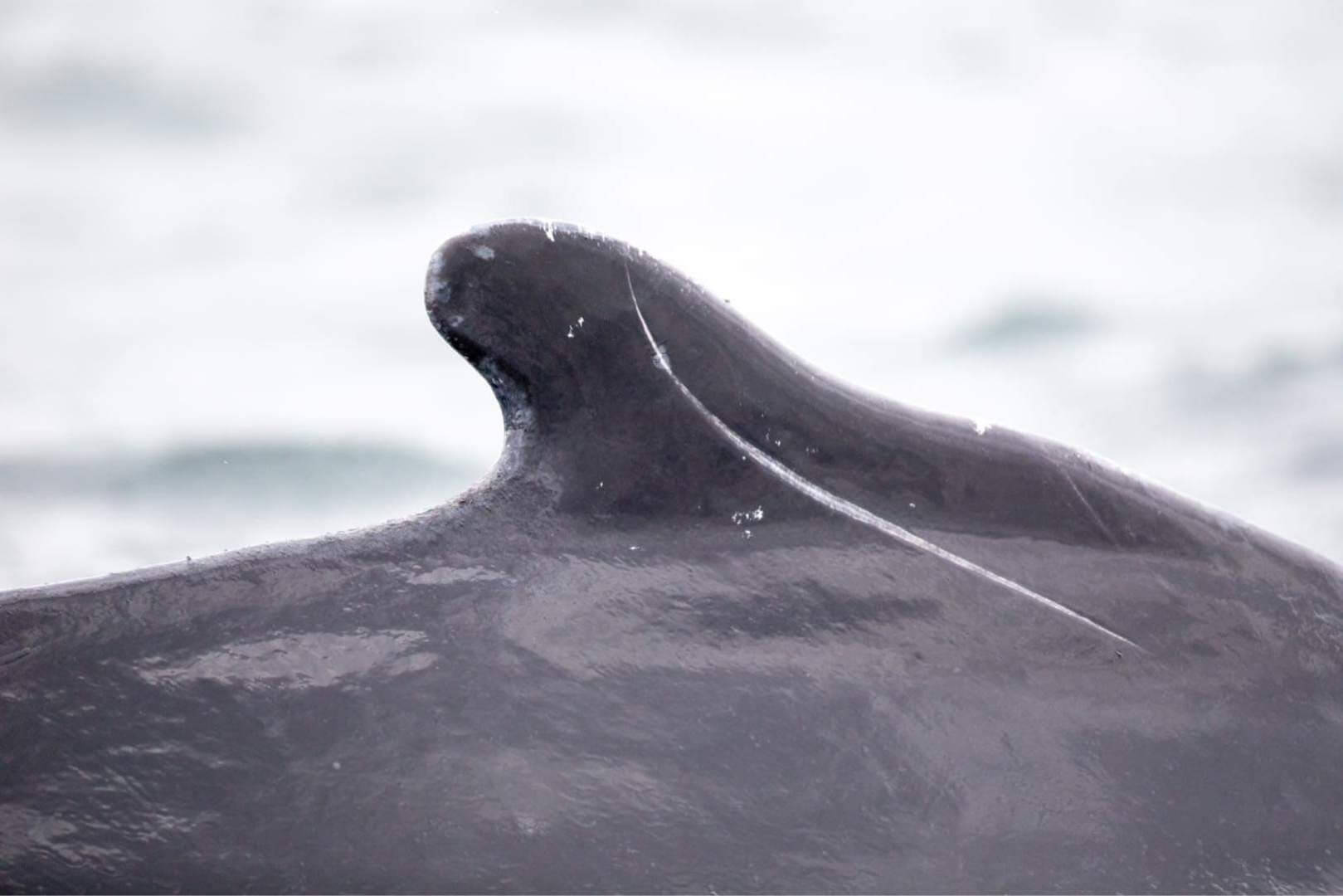 These two humpbacks were photographed near the Mingan Islands. © JC Lemay 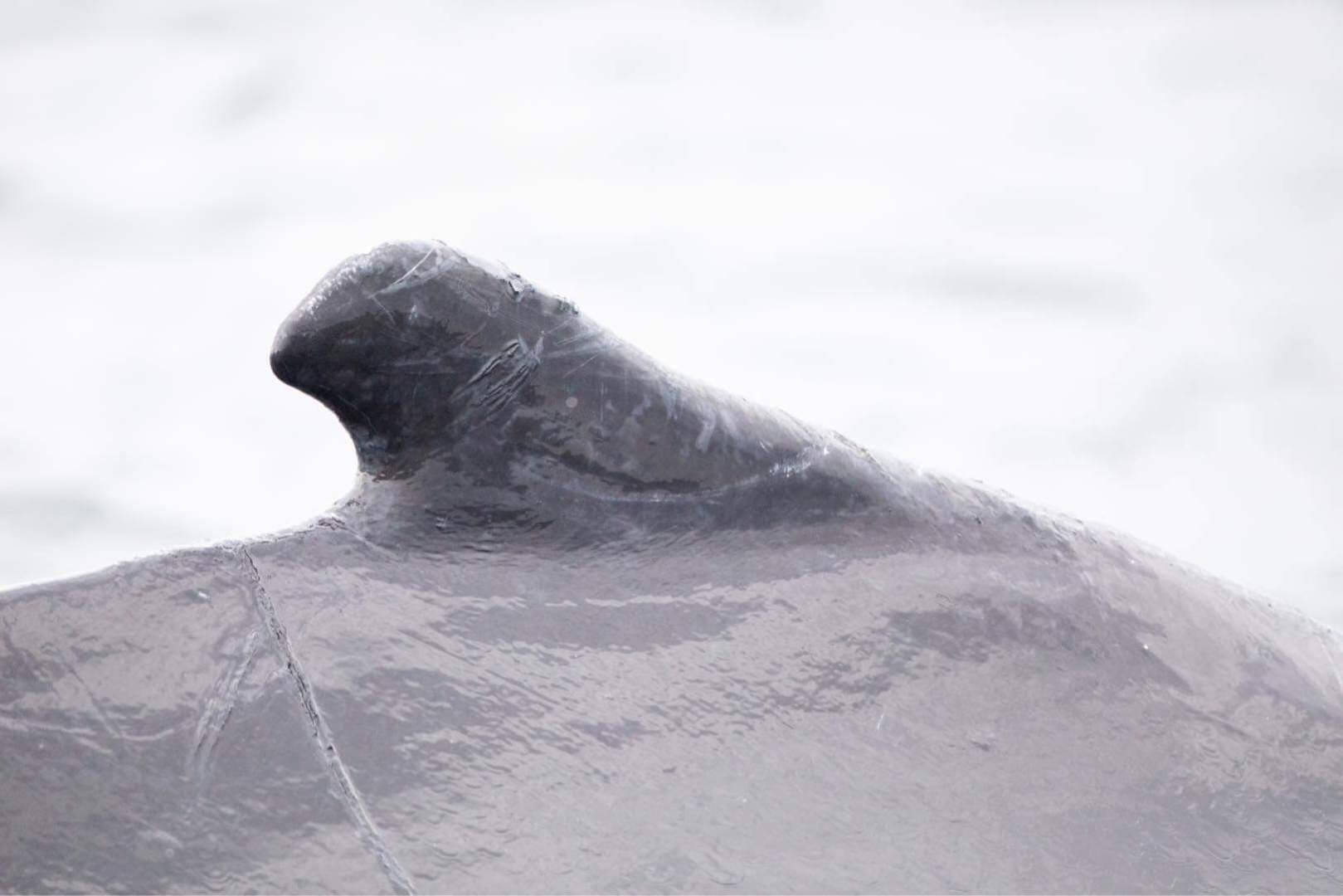 They have not yet been identified. © JC Lemay

In Gaspé Bay, a local woman boards a whale-watching cruise on June 8 and returns overjoyed. On the menu for this trip out to sea: two minke whales as an appetizer, three humpbacks as a main course, and, the icing on the cake, two long-backed fin whales. Far from stuffing their mouths like their counterparts in Percé, the humpbacks encountered are resting in a position called “logging” due to their resemblance to logs floating on the water surface. Gotta rest between meals!

A feast of sand lance and herring

In the St. Lawrence Estuary, large whales are still nowhere to be found. Besides the report of a humpback on Friday June 4 off Tadoussac, it is dead calm in terms of big blasts. René Roy is disappointed. Despite several crossings between Matane and Pointe-des-Monts and excellent visibility, this cetacean enthusiast sees only a few minke whales and thirty or so porpoises. “In 20 years of field observations, I’ve never gone the entire month of May without seeing a single large rorqual. That doesn’t mean they haven’t arrived, but it’s still disappointing and worrying not to see any,” he confides.

However, other species are feasting in the Estuary’s waters. In Baie-Comeau, minke whales approach the docks in a frantic hunt for quivering sand lance. Mouths agape, white bellies facing skyward… These cetaceans have been treating locals to a spectacular ballet.

Meanwhile, on the south shore, it’s belugas that are making waves. In spring, herring come to spawn near shore, creating a smorgasbord that is thought to attract these white cetaceans. Since last week, observers from the Marine Mammal Observation Network (MMON) have been seeing large numbers of belugas pass by Rivière-du-Loup. Small groups of ten or so individuals, and even a few mothers with their calves. In Cacouna, an observer has the chance to witness a scene resembling a game between a mother and her offspring. On June 9, a solitary beluga with a deformed back draws attention off the coast of Rivière-du-Loup.

The first whale-watching cruises of the season have set sail in the Saguenay-St. Lawrence Marine Park. On June 6, Renaud Pintiaux photographs a few minke whales from aboard a Zodiac and is surprised to encounter a herd of around fifty grey seals this time of the year near Prince Shoal. That same day, on the ferry connecting Les Escoumins and Trois-Pistoles, passengers are delighted to observe a minke whale, a harbour porpoise and nearly a dozen belugas with very white backs.

The markings on the back of this beluga are quite significant. Surely, they will allow GREMM researchers to identify this individual during future encounters. © David Turgeon

A narwhal and a sperm whale?

The most intriguing sighting comes from L’Anse-à-Valleau, where a local resident believes he saw a whale in difficulty on the morning of June 9. He immediately reports his sighting to the Quebec Marine Mammal Emergency Response Network (QMMERN) at 1-877-722-5346. Thanks to his detailed description of the whale’s morphology and behaviour, the manager of the Network’s call centre explains that it might be a sperm whale!

The morphology of this cetacean, which is observed in the St. Lawrence on occasion, may surprise even seasoned observers. With its giant skull, the sperm whale resembles a huge log, and it does not surface with a rounded back the way rorquals do. Also, because a large part of its skull is used for echolocation, only its left nostril is functional, giving it a strange-looking spout that sprays at an angle. Unfortunately, in the absence of a photograph, it is difficult to say for sure whether it was indeed a sperm whale. 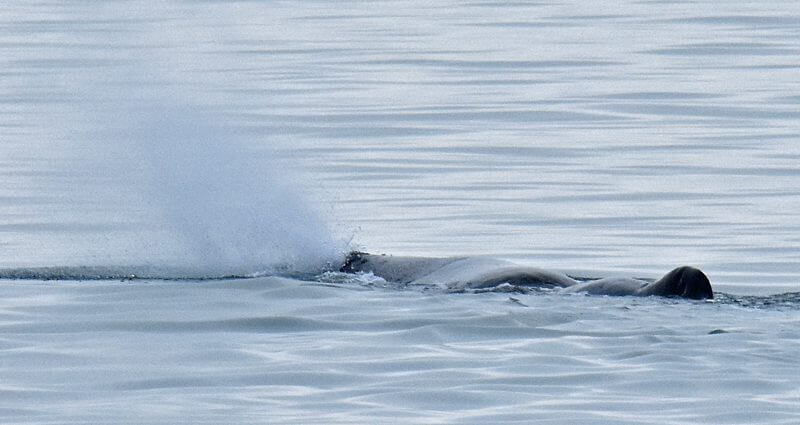 The sperm whale’s morphology and its slanted spout may surprise some observers. © Renaud Pintiaux

Same problem when an observer shares with us what could be the year’s first sighting of the St. Lawrence narwhal off Essipit on June 8. “Is it possible that this individual, which has been living with belugas in the St. Lawrence since 2016, has ventured here?” she wonders. Without visual evidence, it is difficult to say whether this spotted back and what appears to be a spiral-shaped tooth slicing through the air belong to “our” narwhal, but the latter’s presence in these parts of the Estuary is entirely possible. Just like that of a sperm whale in the waters of Gaspésie.

The weekly sightings map is back!

This map gives you a visual of what our collaborators have been seeing. It give a rough idea of the presence of whales, but does not in any way represent a systematic census of cetaceans in the St. Lawrence. In other words, use it for fun!