Busy Start to the Season at Marine Mammal Emergencies 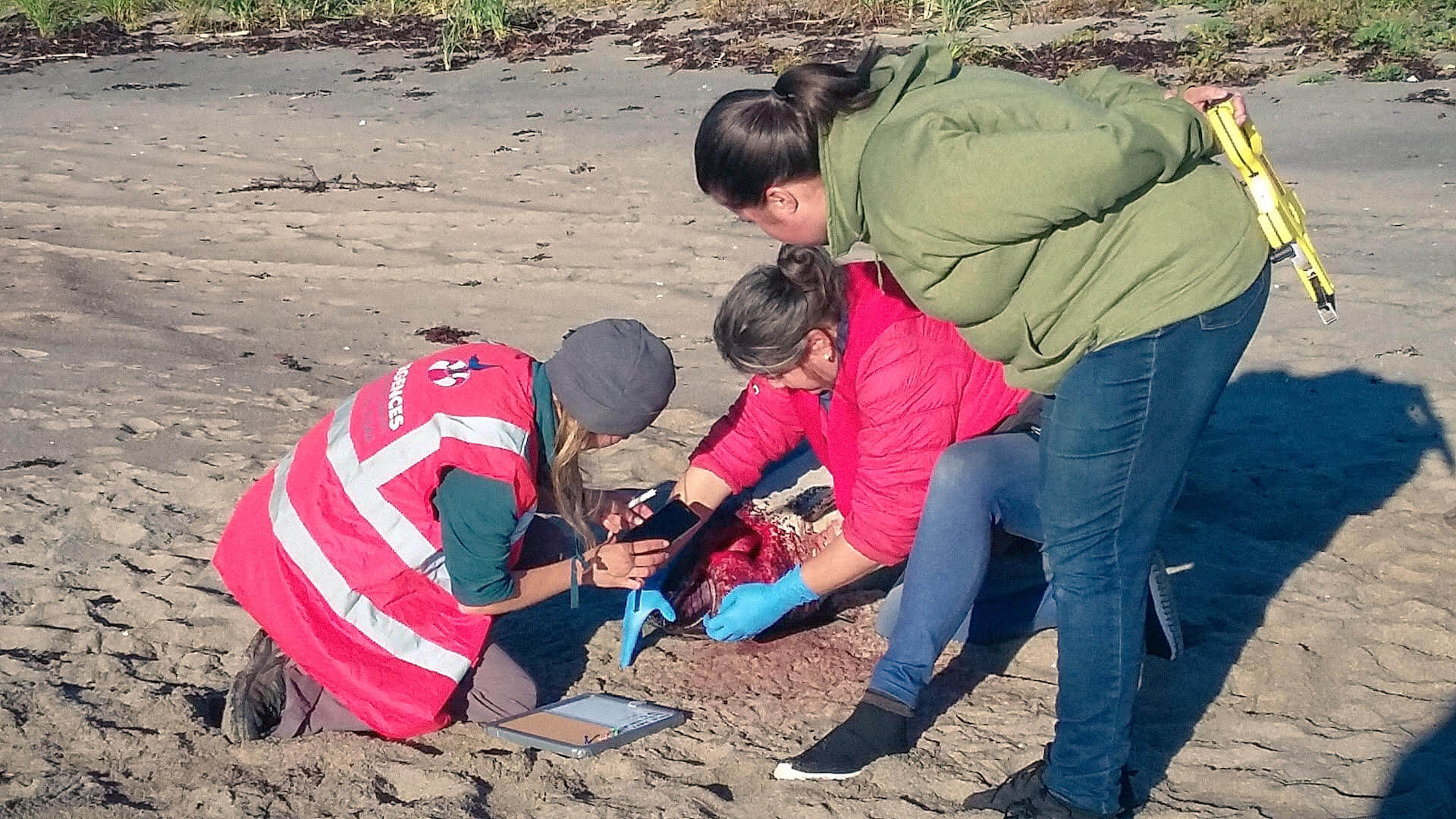 As is the case every year, the arrival of warm, sunny days is synonymous with an uptick in the number of reports to the Quebec Marine Mammal Emergency Response Network call centre.

In this early part of the season, it is mainly cases of young seals on the beaches that have been keeping the Network team busy.  In fact, the months of May and June correspond to pupping season for harbour seals. During this period, the mother seal leaves to feed for a few hours and must therefore temporarily abandon her offspring, also called a pup, on the beach. These young solitary seals worry many residents who come face to face with them on the shores. Their concern is not surprising since pups are particularly adorable with their endearing faces and their whimpers that sometimes sound like a crying baby. When the call centre receives a report of a lone baby seal, the officer informs the witness that this is a normal situation and that in order to protect the pups, passers-by should leave them be so that they can rest without stress. When a young seal is in a high-traffic area, the Network can count on the support of its volunteers to travel to the site and put up informative posters and educate the public.

Entangled whales have also been keeping the Network and its partners on their toes since the start of the season. Indeed, the commercial fishing season increases the risk of whales getting themselves ensnared in ropes and other gear. Every year, between 3 and 20 cases of whales trapped in fishing gear are reported in Quebec. Teams specializing in disentanglement analyze each and every case reported to Marine Mammal Emergencies.

In addition to helping vulnerable marine mammals, the Network is also tasked with collecting scientific data from whale and seal carcasses. Network volunteers take photos and measurements of the carcasses to identify the species and sex. In some cases, they may also collect samples, which are then analyzed by experts to study the causes of mortality, in addition to being used in various research projects. The carcass monitoring program is essential for research on species at risk such as the St. Lawrence beluga.

Since the end of last summer, the Quebec Marine Mammal Emergency Response Network has had a mobile team at its disposal. Complementary to the network of volunteers, the mobile team makes it easier to better document carcasses in remote or difficult-to-access regions.

For example, in late May, residents in the Magdalen Islands reported a dolphin carcass to Marine Mammal Emergencies, which ultimately turned out to be a harbour porpoise. When a volunteer arrives, he discovers a fetus sticking halfway out of the whale’s genital slit: she likely died of a calving complication called obstructed labour, also known as dystocia. The following day, the mobile team recovers the porpoise and freezes it in order to stop the decomposition process until it can be transported to the laboratories of Université de Montréal’s Faculty of Veterinary Medicine for analysis. By studying the carcass, specialists at the Centre québécois sur la santé des animaux sauvages will try to learn more about the animal and its death. 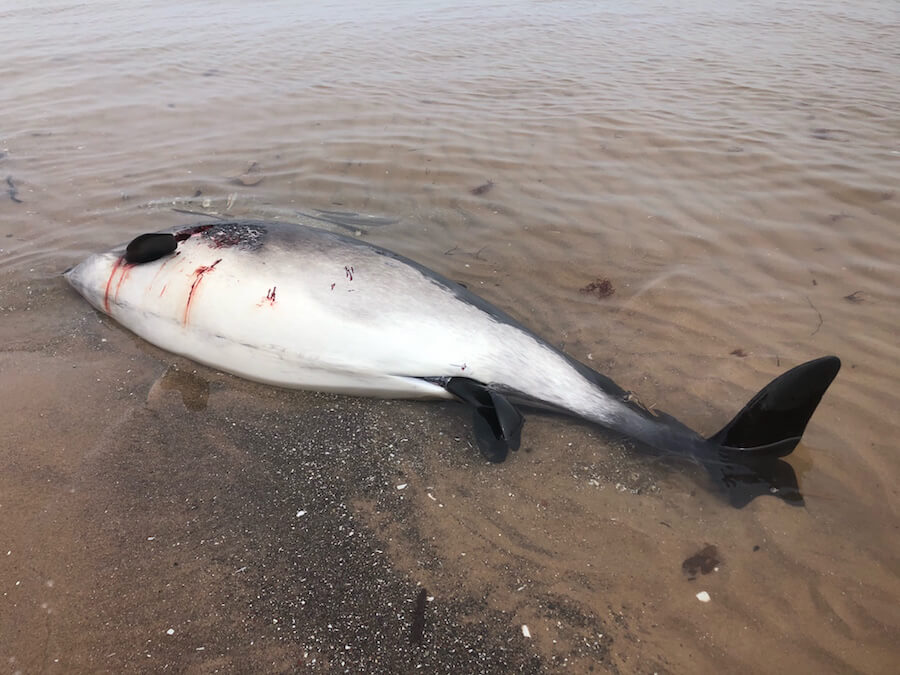 The caudal fin of the fetus can be seen poking out of the genital slit. © Pierre Couturier

Before attempting any intervention, contact 1-877-722-5346. A poorly executed intervention can have serious consequences for the animal and/or the responder. The person handling your call will ask you questions to try and identify the species and get a better understanding of the situation. He or she may ask you to send any photos you might have. Following your call, the Network, together with veterinary experts and partner organizations, will establish an action plan tailored to the situation.