A sanctuary for cetaceans: a controversial project 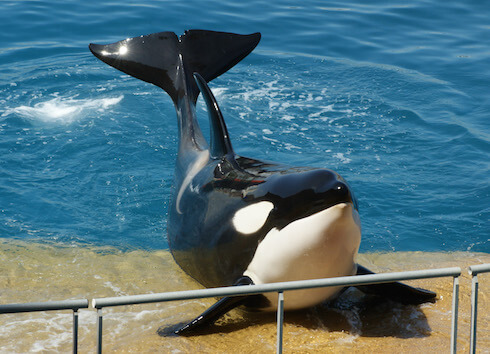 A group of activists has announced its plans to create the world’s first coastal sanctuary for cetaceans – whales, dolphins, porpoises – currently living in captivity. Their project, the Whale Sanctuary Project, aims to give captive or rescued whales that are unable to return to their natural habitat a safe and suitable living environment at sea. Though the project has received a wave of support, it also raises a number of questions and is controversial among experts.

Some forty individuals – university researchers, veterinarians, biologists, engineers, lawyers and former cetacean trainers – are involved in the design and management of the Whale Sanctuary Project. Officially launched on May 5, 2016, the project has received an initial donation of $200,000 from Munchkin Inc., a company of infant and toddler products, which has undertaken to provide financial support of at least $1 million for this project. The initial donation will be used for site research – which entails studying the geographical, oceanographic and anthropogenic conditions of several potential coastal sites – and the development of a strategic plan for the construction and management of the sanctuary, transportation and animal care. Several potential sites will be examined along the coast of British Columbia, in the Puget Sound and along the east coast of North America.

“If we are interested in phasing out the keeping of dolphins and whales in concrete tanks, we have to have somewhere for them to go,” says Dr. Lori Marino, President and CEO of the project, during an interview on CBC. According Dr. Marino, the ideal location would be a calm and safe inlet, bay or cove, where the animals are fed and have access to medical care. The site would be open to visitors. Dr. Marino estimates construction costs to reach $20 million at most and expects that the sanctuary will be ready to welcome the first animals in three to five years.

Following the October 2013 release of the documentary BlackFish and under pressure from the public, a number of water parks and aquariums have decided to end cetacean performances and captive reproduction. But what will become of the animals that are now living in captivity? If these animals cannot be reintroduced into the wild, would a sanctuary for them be a realistic and appropriate option?

Theme park company SeaWorld Entertainment took the historic decision in March 2016 to end the reproduction of its 29 captive killer whales. This decision has serious consequences, since it ultimately implies that SeaWorld will have no killer whales in captivity. However, SeaWorld does not intend to send its killer whales to a sanctuary. Given the age of these individuals, the time they have spent in captivity and the social links they have forged with other individuals in captivity, moving them to a marine sanctuary might cause these animals more harm than good, according to SeaWorld.

As described in the article An Oasis for Orcas, published in the journal Science on May 6, 2016, expert opinions on the project are divided. What are the ramifications of this project for the ecosystem in which they will be introduced? Will animals that have been living for years in captivity be better off in a sanctuary? Would the enormous sum of money needed for this project be better invested elsewhere, for example in the protection of critical habitat for endangered wild populations?

According to Shawn Noren, physiologist at the University of California, Santa Cruz, who has been studying killer whales for nearly 20 years, relocating a killer whale from a sterile pool where it has spent its entire life to an ocean full of previously unknown creatures and conditions could be dangerous not only for the killer whale itself, but also to the ecosystem in which it would be introduced.

Spending so much money to possibly provide a more pleasant end of life for a few individuals, while a number of wild of whale and dolphin populations are endangered and there is an urgent need to boost resources to protect them and their habitats, is appalling to some scientists. “I’d rather see that money spent protecting marine areas and conducting basic science,” says Richard Connor, animal behaviour researcher at the University of Massachusetts, Dartmouth.

An oasis for orcas