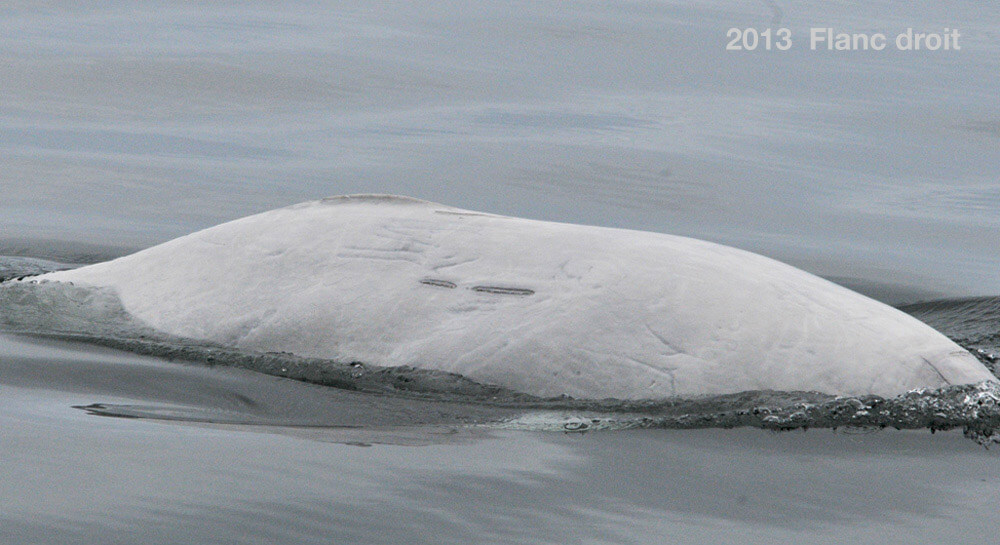 Adopted by Princess Gabriella of Monaco

Samakwan is distinguished from other belugas by a small notch at the end of her dorsal ridge. There are also two horizontal lines on her right flank that resemble two dashes in a Morse code sequence or two lines from a round of “Hangman”. 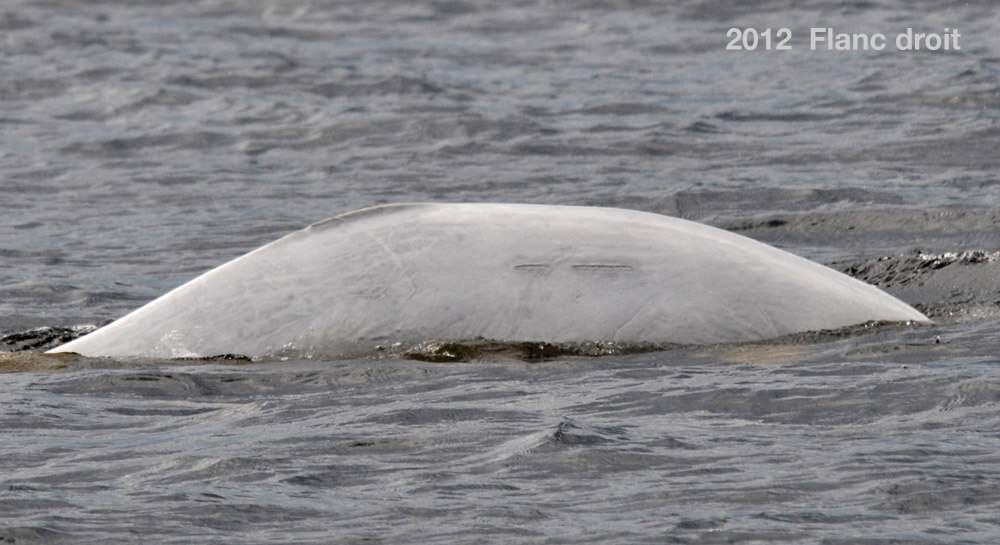 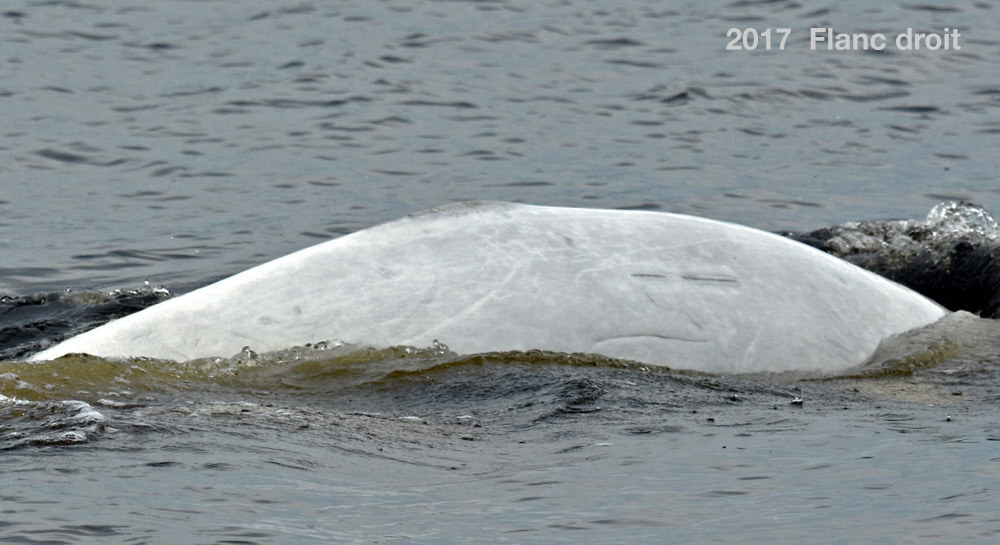 Samakwan means “water” in the Maliseet language. This name has been suggested by the Maliseet of Viger First Nation in Cacouna, a village near which female and young belugas come to socialize.

Our first encounter with Samakwan goes back to the summer of 2012, at which time her skin was grey. Since then, her colouring has grown a little more pale. We consider this beluga to be a juvenile. The transition from grey to white skin occurs between the ages of 12 and 16 years. Once Samakwan is completely white, we will have a better idea of the year of her birth.

We assume Samakwan to be a female since every time we have encountered her she has always been in groups composed of females and young. Within their summer range, females form large communities in which they care for newborns and young. These communities are associated with traditional territories, which explains why, more often than not, we find the same females in the same sectors. They tend not to join other communities.

We have observed Samakwan with a newborn on one occasion. At the present moment we are unable to confirm their relationship, because some females will care for calves other than their own. Eventually, DNA analysis from a biopsy taken from the animal’s back could reveal more about its history and lineage.

How Samakwan’s story unfolds will teach us volumes on the evolution of belugas’ social lives. Will we ever see her again with a calf? Will we be able to confirm whether or not it is her own? By better understanding how belugas live, we will be able to better protect them.

Aboard the Bleuvet, our team is travelling up the Saguenay River in search of belugas for its photo-identification research program. No sooner do we cross the ferry line when we encounter a herd of about thirty belugas. We take out our camera to photograph the adults and young swimming all around us. We notice many belugas with very dark skin, young animals known in French as bleuvets. These individuals are just a few years old. Others are a paler shade of grey, including Samakwan, whom we recognize by her two diagnostic features.

The belugas decide to change it up a little. All of a sudden their tight formation begins to splinter and we find ourselves surrounded by two large groups. A few minutes later, the belugas are now swimming in pairs! With the belugas now widely scattered, it takes us longer to successfully capture their portraits. After two hours we are hit with a heavy rain shower and the blanket of fog offshore grows thicker. On account of these poor conditions, we decide to let the belugas continue on their way.