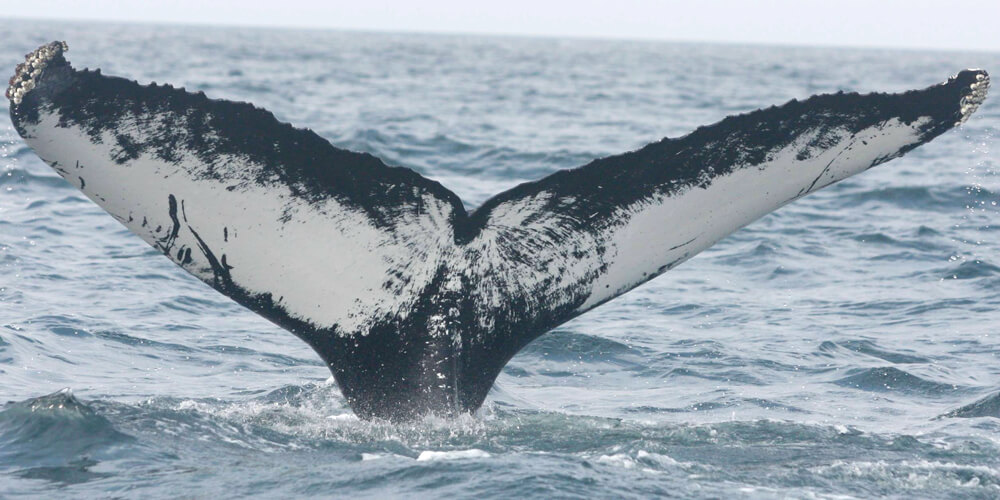 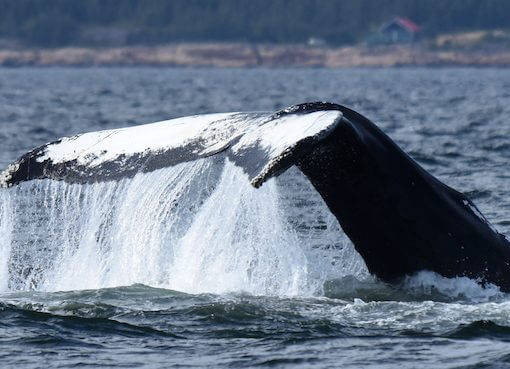 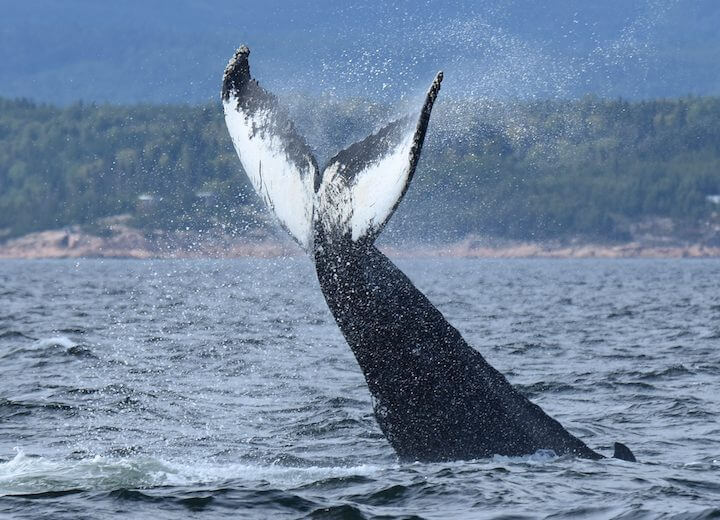 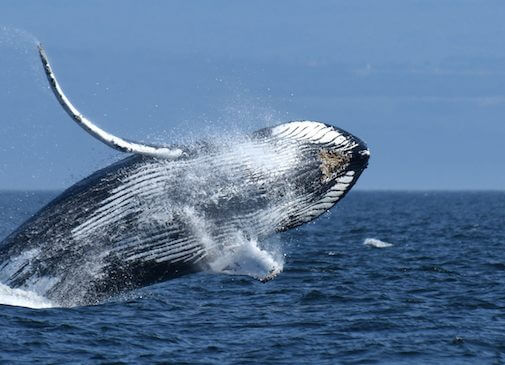 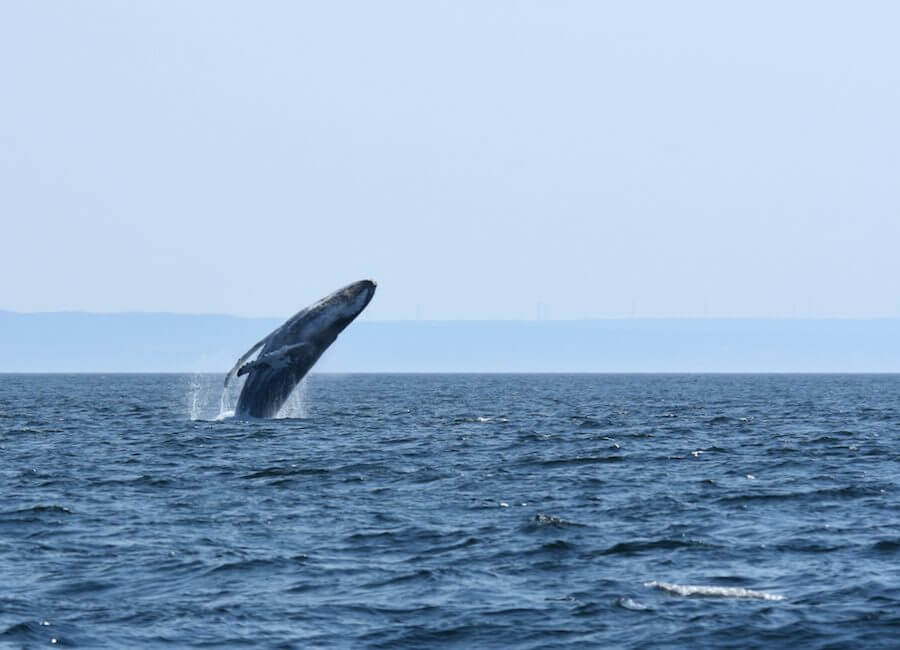 Identified by the Mingan Island Cetacean Study (MICS) team and the third humpback after Tic Tac Toe and Tingley to make an incursion into the Marine Park this summer, Bad Chemistry is anything but discreet. Her breaches, lobtailing and flipper slapping have delighted visitors, who will not soon forget these magical observations. These showy behaviours are associated with social activities: play for young, seduction and defiance for males during the mating season and communication between distant companions. Breaching is also believed to help dislodge parasites (whale lice, lamprey, etc.) and might boost the diving capacity of young animals. Indeed, the physical effort required to accomplish this feat is believed to influence the production of myoglobin, a protein that carries and stores oxygen in the muscles of vertebrates. Myoglobin is particularly abundant in marine mammals and is believed to play a key role in their exceptional diving abilities. Bad Chemistry’s calf also made a few leaps out of the water, perhaps for this very reason.

On June 5 off of Gaspé, researchers from MICS and the Sea Mammal Research Unit fitted Bad Chemistry with a suction-cup tag to better understand her diving behaviour. During the tracking, they were able to observe the interactions between mother and her calf. A calf’s position in relation to its mother is strategic. The newborn always places itself in the field of vision of its mother. When resting motionless, the youngster often settles under her rostrum to protect itself from potential predators and to enjoy the masterful buoyancy of its mother. When they’re on the move, the mother positions herself under her calf so that the latter can benefit from her hydrodynamics and expend less energy swimming. The calf’s surface behaviour is also dictated by breathing, the mastery of which requires skilled learning, which is notably achieved by imitating its mother.

At the present time, there is no evidence that humpback calves tend to favour one side of their mother over the other, unlike young belugas, southern right whales, killer whales and even humans, who are believed to prefer to position themselves on the right side. This positioning is believed not only to reinforce the bond between mother and offspring, but also to increase the chances of survival of young wild mammals.