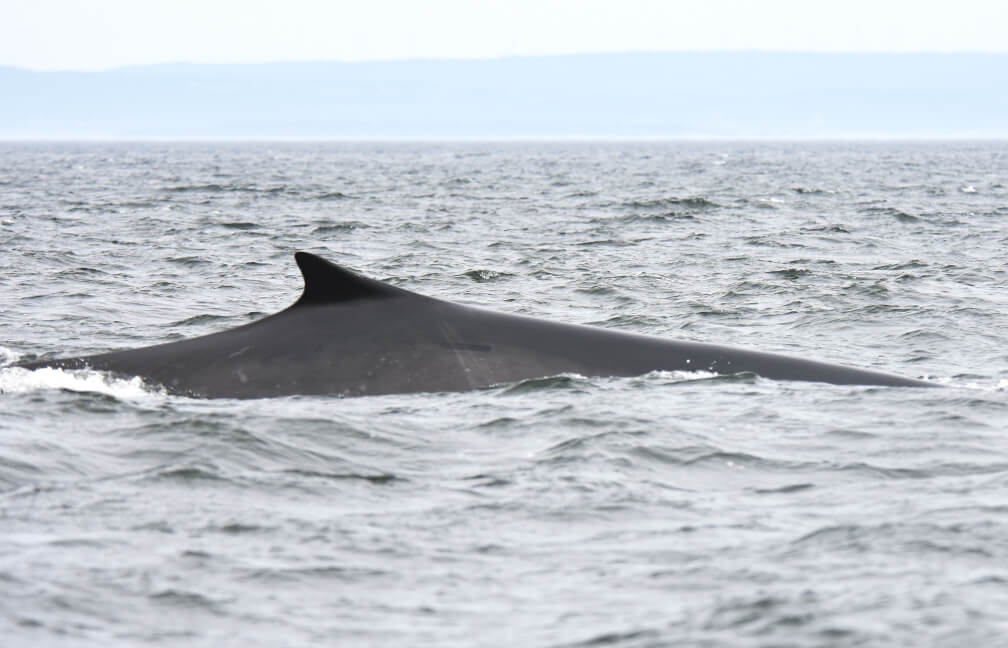 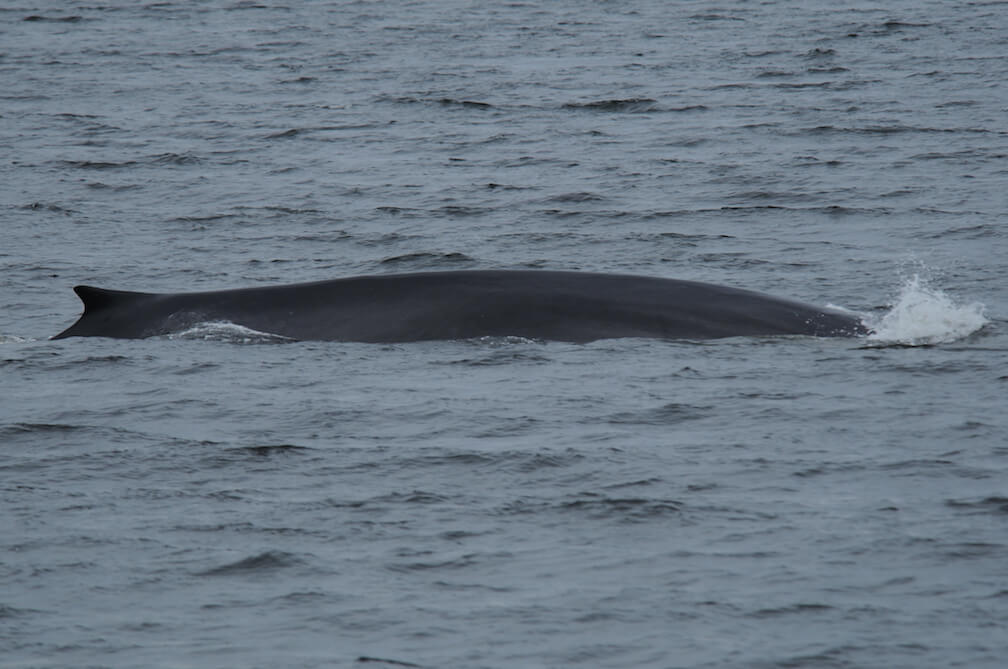 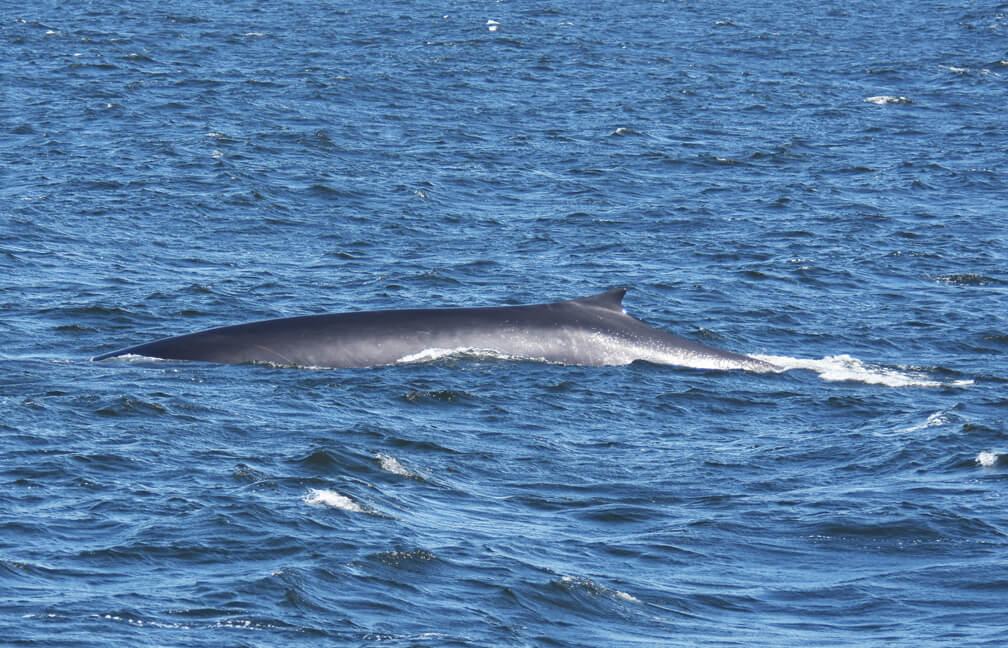 Bp973 has been observed in the area since early June. Although this individual has been known since 2014, Bp973 has only recently received its identification number in the photo-ID catalogue of fin whales in the Estuary. To be able to enter a new individual in the catalogue, GREMM must have high-quality pictures of several parts of the animal’s body. Why? Because even if the dorsal fin provides good indications to surmise who the individual is, this fin can acquire new markings, be cut or even truncated. Consequently, we also need to have photos of the chevrons, which we were finally able to obtain last week. Now that it is featured in the catalogue, Bp973 will be able to contribute to static analyses of the right whale population. By tracking it as an individual, we can learn volumes about the species!