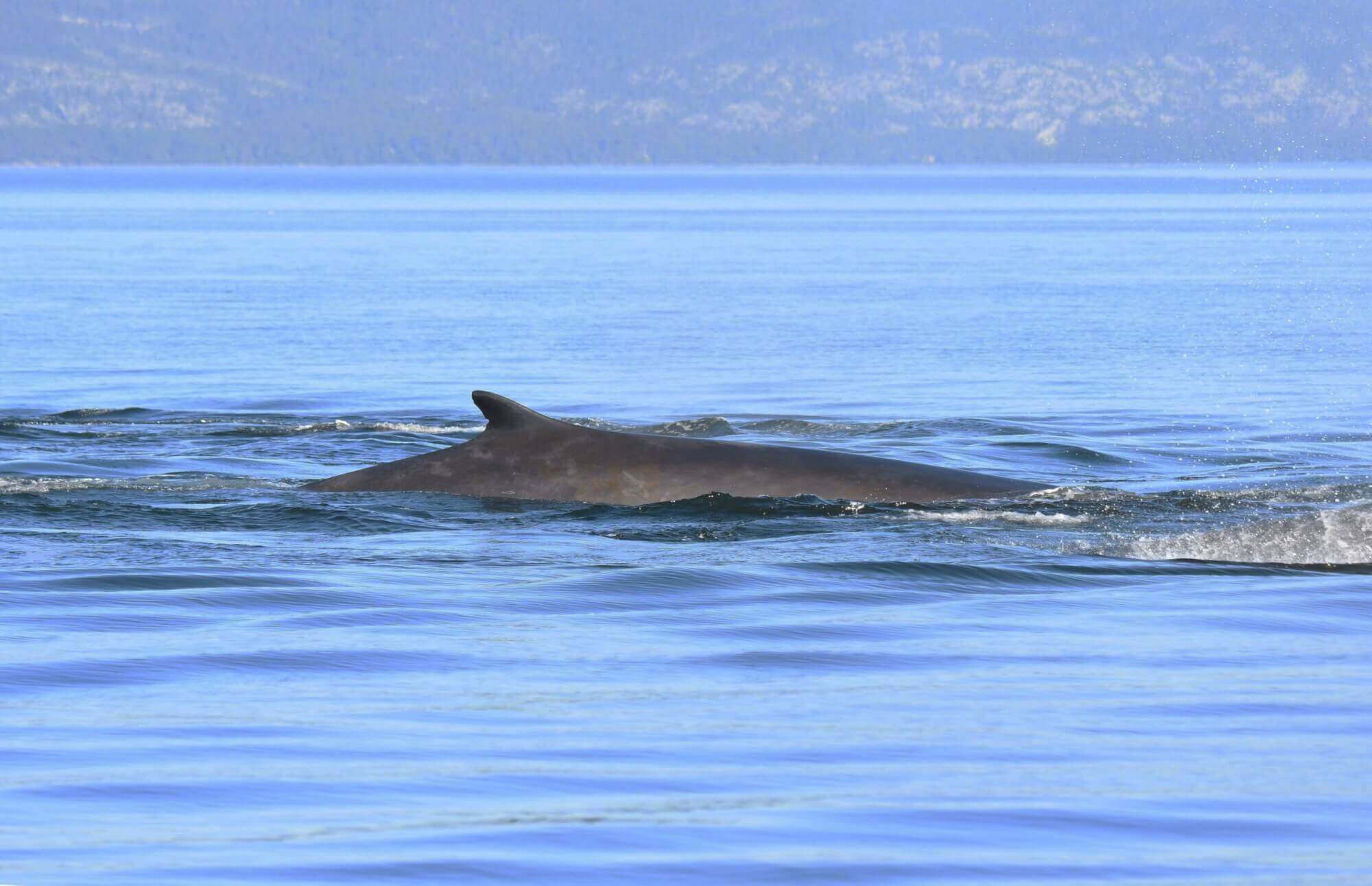 Bp2806 has a dorsal fin slightly that is cut at the end and with two notches. Its chevron is not very pronounced.

On June 21, during a sea trip, a fin whale was photographed in the company of three other individuals. Timothée Perrero, in charge of the photo-identification program of great whales at GREMM, recognizes it: it is Bp2806. “This one, it pisses me off!” exclaims the researcher.

This fin whale remained unidentified for several years before finally being added to the catalog. In spite of its dorsal fin with its tip cut off and its two notches, its chevron is so little pronounced that it gives almost no clue allowing an identification. Until recently, the photo captures of Bp2806 did not allow to affirm with certainty that on each image was the same whale. To trust a photo, it must have been taken from a specific angle, light, and focus, and the revealed portions of the whale must clearly show the distinctive signs we are looking for. Bp2806 thus gave researchers a hard time, as they had photos of him in their database, but could not use the information they revealed!

For the moment, we know very little about this fin whale, neither its age nor its sex, but its follow-up over the years will allow us to learn more about this individual as well as about the general frequentation of the estuary by these giants.