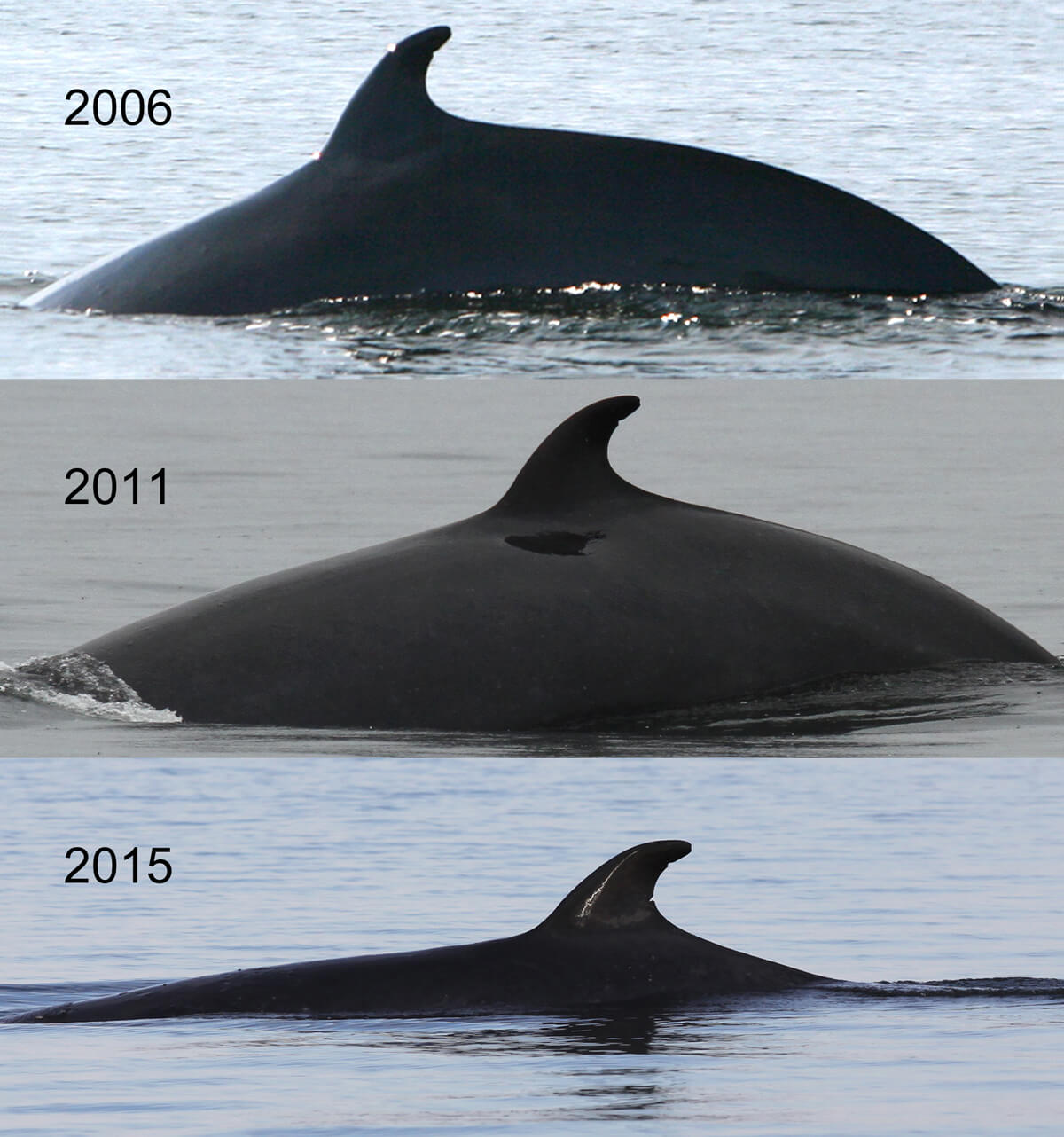 In 2011, Mériscope begins compiling all the minke whale photos it has shot since 2001 in order to catalogue them. An enormous undertaking! One by one, the team begins to sort through selected photos. Naturally, the first minke whale catalogued is given the name Ba001.

July 2015: first week of the biopsy program. This is the research project of Antoine Simond, a PhD student in biology at the Université du Québec à Montréal (UQÀM) studying the accumulation and effects of flame retardants on minke whales and belugas. Back in the lab, researchers want to know whether the sample taken that day was from a known minke whale. Surprise! It’s Ba001. The biopsy reveals that Ba001 is a female. She’s been known as Béatrice ever since.

Identification in the estuary. Mériscope

Béatrice has not been seen in the Estuary very often. She was first photographed in 2006, first in Baie de Mille-Vaches and later in proximity to Pointe à Boisvert. At the time she bears a subtle mark at the tip of her dorsal fin and a semi-circle on the rear edge. Her size and the shape of her dorsal fin demonstrate that she is already mature; she is now at least twenty years old. She was photographed again in 2007, near the mouth of the Portneuf River and off Saint-Fabien on the south shore. After that, four years pass without Béatrice being identified. Then, in 2011, we find her close to Pointe à Boisvert.

In 2015, she undergoes a biopsy off the coast of Longue-Rive. This time we see that Béatrice has an additional notch on her dorsal fin. This severe cut may have been caused by the rubbing of a fishing rope.

Like many of her fellow minke whales, “Béa” seems to appreciate those places where sea canyon walls rise abruptly and deep waters rich in nutrients rise toward the surface. But she has not been seen since 2015, either in the Estuary or in the Marine Park. So let’s keep our eyes peeled and if you happen to encounter Béatrice, let us know or, better yet, send us a photo!